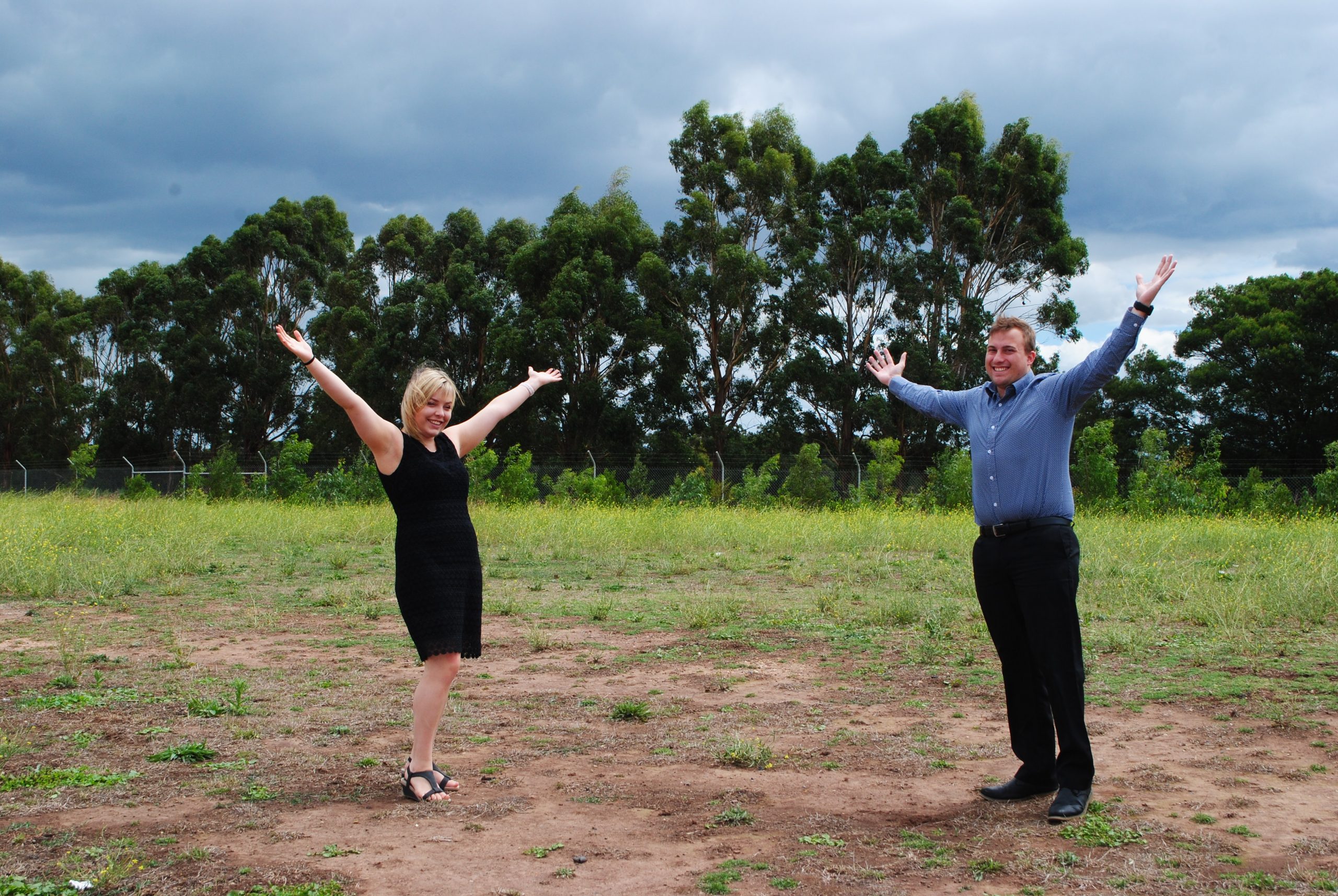 MAFFRA couple Jordan Sandeman and Bronwyn Kardinaal are typical of young people at the beginning of their lives together.

They dream of having a home to call their own and a place to give them a sense of stability, not just to enjoy their “own space”, but as an asset to build upon.

With the doubling of the first home owners’ grant last year, that dream became a reality, allowing Jordan, 23, and Bronwyn, 21, to get their proverbial feet in the door of home ownership, just as dozens of others in the Wellington Shire have.

Since July 1 and December 31, 2017, 903 first home buyers in regional Victoria have received the doubled grant, compared to only 310 buyers for the same time the previous year.

Across Wellington and five other Gippsland shires, 160 first home owners have paid less or no stamp duty on homes valued less than $600,000.

Like many of their generation, Jordan and his partner of four years both live at home with their parents so they can build their savings and plan a budget.

At one point they considered renting, but agreed it was more financially viable to buy and build, and that taking on a debt burden was a necessary step to independence.

Jordan estimated government incentives had saved them at least $20,000, adding last year’s doubling of the first home owners’ grant was “massively important” and the motivation they needed to buy a block and source a local builder to construct their dream home.

“We’re so excited, we can’t wait to have our own space and a new place that’s just ours and doesn’t have anybody else’s stamp on it,” he said.

“This is a dream come true for us; it’s the start of our future.”

Jordan, who works in sales, said he and Bronwyn looked at several options, including buying a house-and-land package and buying an existing home, but wanted to secure a property while the prices were affordable, so opted for a block in a new park-style estate on the northern edge of town that “just felt right”.

They also went straight to a local building company because of the “trust” element and the local connections.

“Being locals, we know a lot of people in the industry, so we have confidence in our builder, and it all just feels right,” he said.

The doubling of the grant from $10,000 to $20,000 has turned out to be not just a win for first home buyers, but local builders and others associated with the mortgage industry.

And while the grants and stamp duty savings have helped many to buy land and new homes, the incentives have also inspired others to think about home ownership, and start saving.

Local mortgage broker Kim McMaster said the mood among young hopeful home buyers was changing, and although home ownership was still out of the reach of some who enquired about mortgages, they were going away with a renewed resolve to save for a deposit.

“Some people who want a mortgage find out once they do the sums that they really can’t afford it still, but they are more determined than ever, because of the grants available, to go away and save a bit more until they can do it,” she said.

Anthony Ruff of GJ Gardiner Homes said enquiries were strong, particularly in the popular growth areas of Stratford, Maffra and the new estates of Glenhaven and Cobains.

He said he had “no doubt” that the housing industry would be instantly affected if the first home owners’ grant ended, or was reduced.

“Most young people looking for new homes have high expectations and push their borrowing to the max, but don’t always understand what things cost,” he said.

“Everybody wants three bedrooms, two bathrooms and other things, but they usually have to compromise on things, so we work with them and try to customise design to suit budgets.”

The local trend is a reflection of what’s happening around the country, and one that looks set to continue.

“The index for business conditions, which includes indicators for turnover-revenue, work in progress and profits, also returned a very positive result, recording an index score of 57.6 in the December quarter 2017,” he said.

“Anything above a score of 50 suggests sentiments in the industry are positive and the index for business conditions has hovered above 50 for more than two years now.”

Mr Pollock noted it was a national survey, and therefore it did overshadow some regional differences.

Prospects remain more positive in Victoria, New South Wales and the ACT, while conditions have generally been tighter in Western Australia, the Northern Territory and South Australia.

Eastern Victoria MLA Harriet Shing said she would encourage anyone thinking of buying their first home to remember that these savings and the grant were available to them, and would continue to be available to them for the foreseeable future.

“This is the state government at work — making changes that bring about positive outcomes for first home owners, the building industry and local Gippsland communities,” she said.