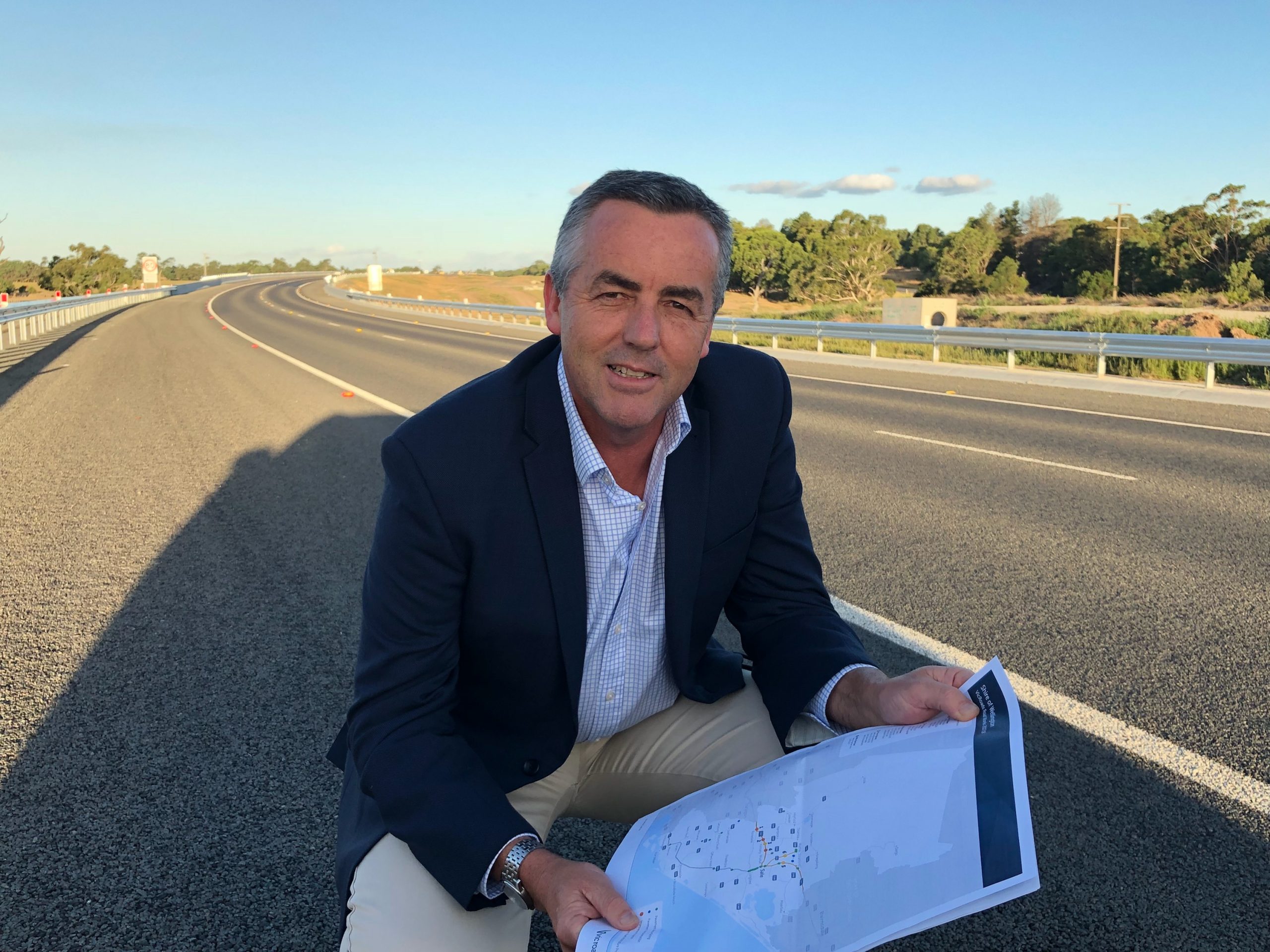 GIPPSLAND MHR Darren Chester is urging his leader, and the man who took his job, to complete highway duplication works.

Gippsland MHR Darren Chester has asked now Infrastructure and Transport Minister and Nationals leader Barnaby Joyce to work with the state government to complete the duplication of the Princes Highway between Traralgon and Sale.

While $260 million had previously been secured, Mr Chester said he had written to Mr Joyce to ensure the work on the duplication project did not stall once the current stages were finished.

Work on seven sections of the duplication project are complete, and work on two sections is still underway.

Mr Chester said construction of the final two sections was expected to cost $165 million, and would need more contributions from state and federal governments.

“Construction on a 3.9 kilometre section of the highway east of Traralgon between Minniedale Rd and east of Sheepwash Creek Rd is due to be finished at the start of 2019,” Mr Chester said.

“Construction on the 3.4 kilometre section at Nambrok to the east of Rosedale-Maffra Rd is scheduled to be completed at the end of this year.

Mr Chester said preparatory work, such as tender development and design work and field investigations on these final two sections, was now being undertaken by VicRoads.

“Everyone who travels along the Princes Highway between Traralgon and Sale have shown an enormous amount of patience during this long period of construction.

“I think we are all looking forward to the time when the full 42 kilometres of highway between Traralgon and Sale are duplicated and provide a better, safer highway.”

Mr Chester lost the Infrastructure and Transport Ministry portfolio to Mr Joyce following a cabinet reshuffle just before Christmas, and was widely seen as the victim of rivalry between Victorian and Queensland Nationals.

Relegated to the backbench instead of accepting a role as an assistant minister, at the time Mr Chester described his dumping from the federal cabinet as “character building”.

He said he intended to focus on making a “positive contribution” to the government from the backbench, agitating for local issues, including road safety, the impact of drugs and suicide on regional communities, and veterans’ welfare.

Last week Mr Chester said securing $165 million to finish the duplication of the Princes Highway between Traralgon and Sale was his “highest priority for 2018”.