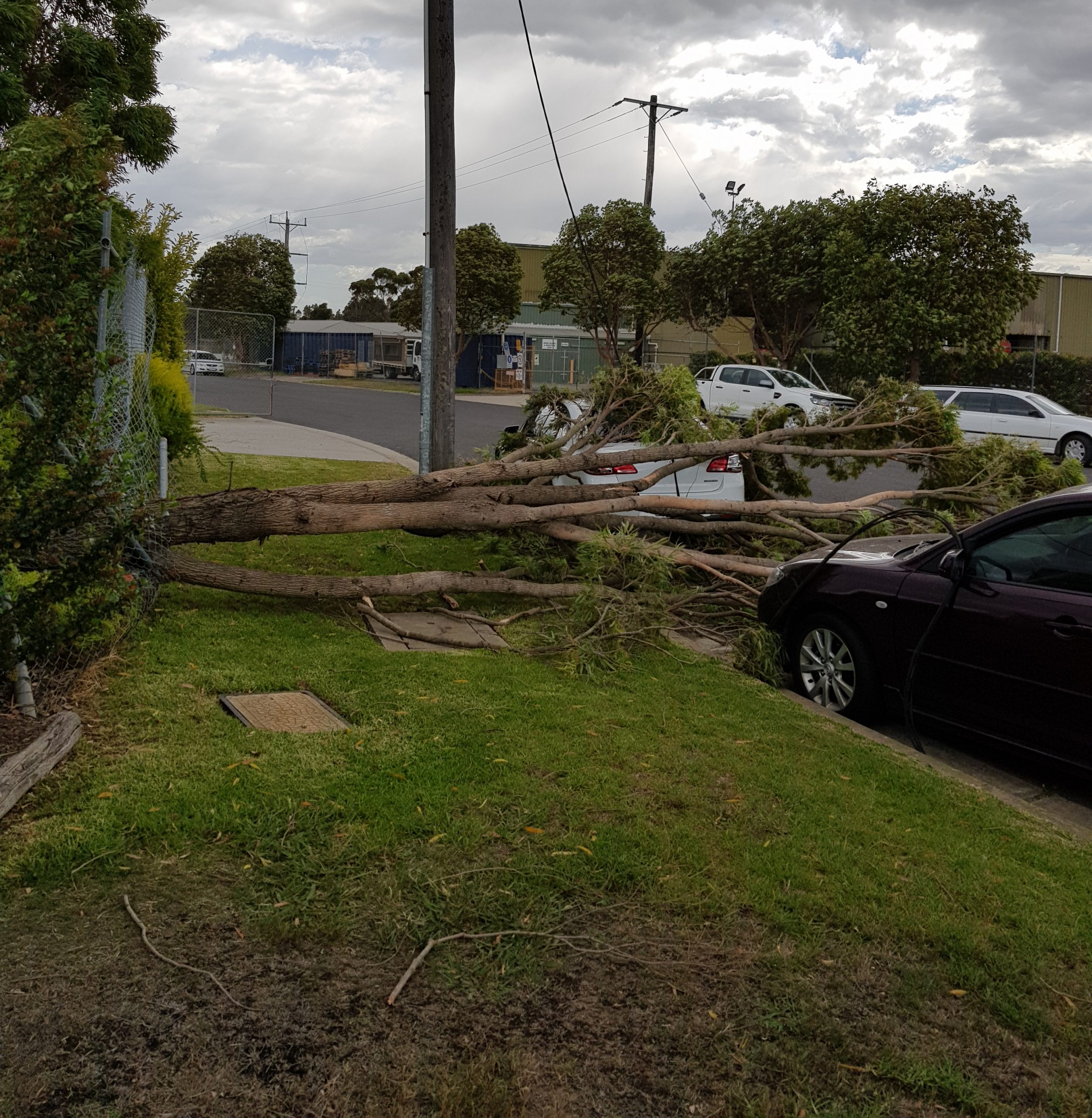 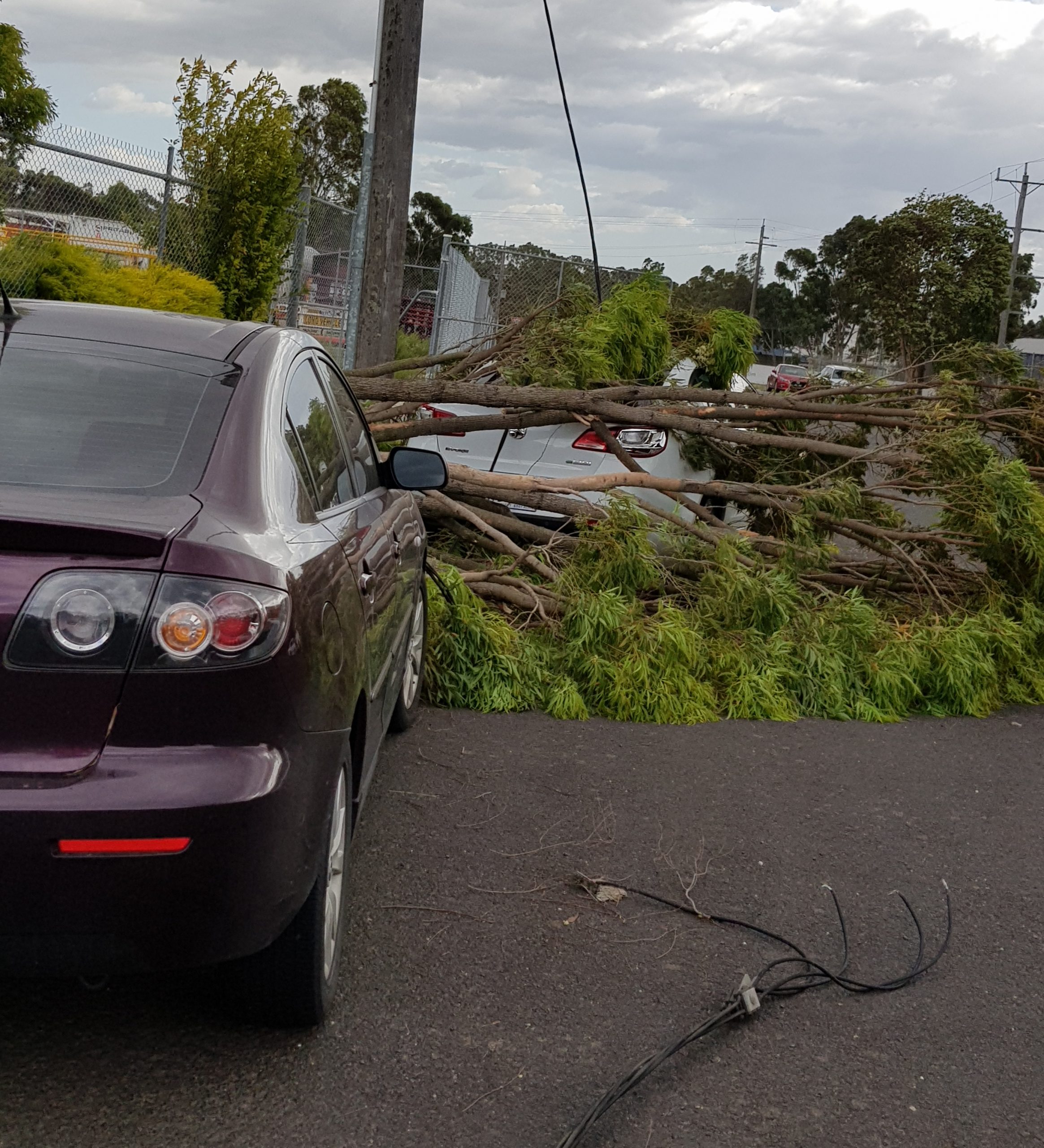 The majority of SES jobs were trees coming down, one involving live power lines becoming wrapped around a car in Wurruk (pictured).

Major roads, like the Stratford-Maffra Rd and Guthridge Parade in Sale, were blocked at times.

There were more than 180 call-outs in Gippsland on Wednesday.

“If you know your neighbours are vulnerable, check on them if it is safe to do so,” he said.

All SES personnel who attended incidents as a result of Wednesday’s high winds were volunteers, giving up their time or leaving their work to attend to calls for help.

For non-life threatening emergency help as a result of storms or winds, phone 132 500.