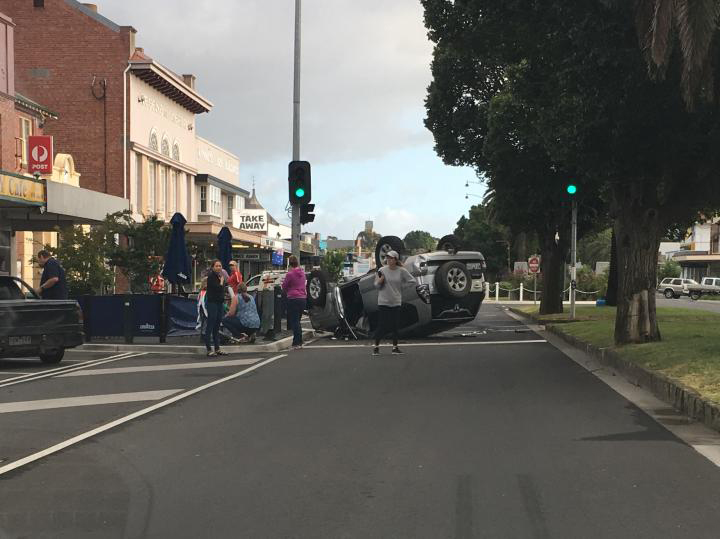 A 25-year-old MOTORIST had a bad start to the day in Yarram on Friday morning, after flipping a vehicle at a pedestrian crossing in the main street.

Yarram police acting Sergeant Dan Elliot said police were still investigating, but it appeared the motorist collided with the left hand kerb on the pedestrian refuge, hit and flattened a safety bollard, then rolled over at low speed.

The female driver walked away without injury.

Acting Sergeant Elliot said the incident could have been much worse if people had been seated at the kerb-side tables at the adjacent café.