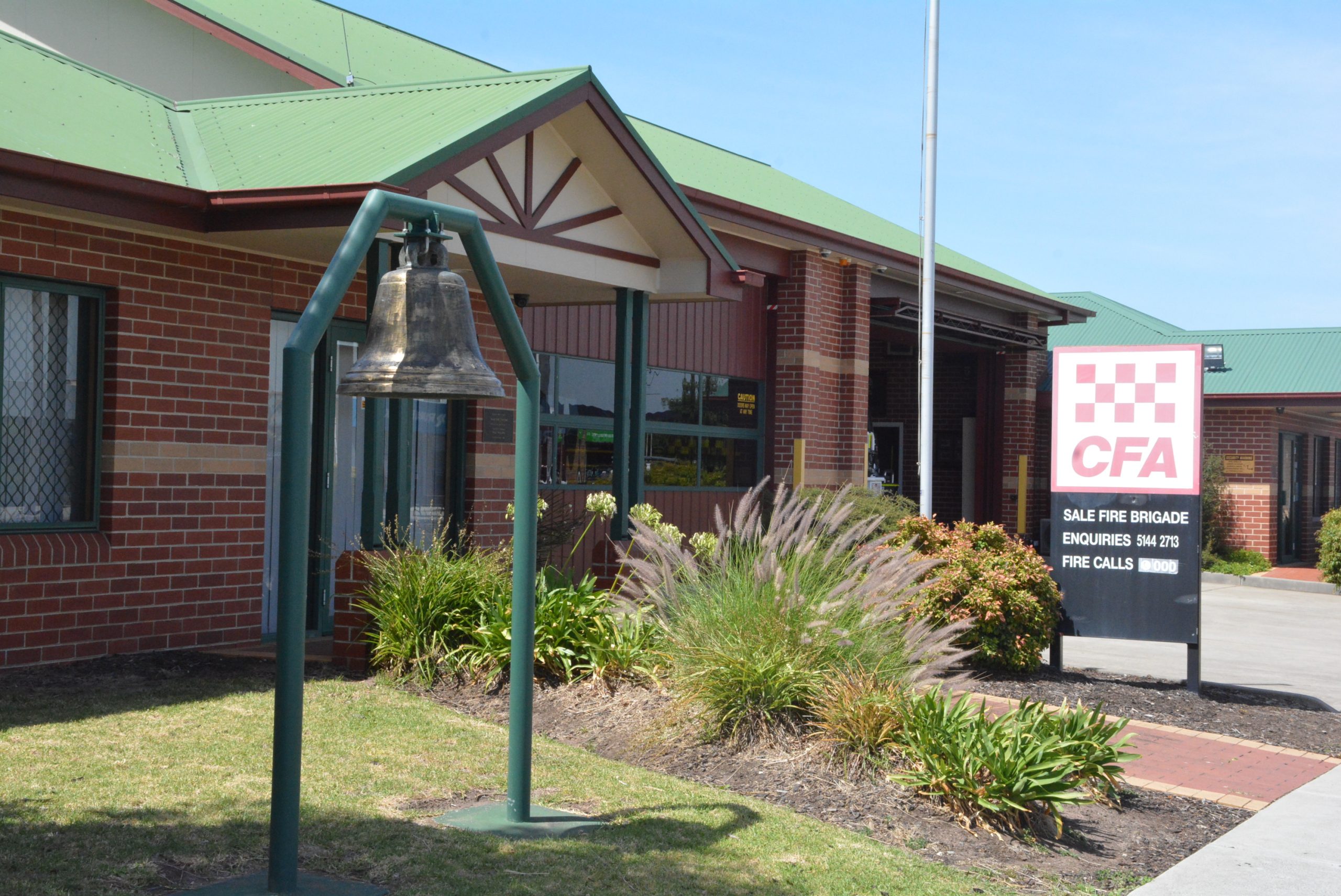 The service delivery standard, or response time, across the state for hazard class two is eight minutes, but Sale’s volunteer-only brigade, which covers a huge area, is achieving this target 27 per cent of the time.

Other brigades, which have volunteer and career firefighters, meet the target more often.

Statistics on the CFA website state that 90 per cent of incidents were responded to within 11.33 minutes between October and December last year.

He pointed out the response area, which stretches from Kilmany to Montgomery and past RAAF Base, East Sale, was previously serviced by three brigades — the Kilmany and Wurruk brigades have been de-registered.

“Volunteers are mindful of the data, and are doing the best job they can — the challenges are not things they can quickly fix,” he said.

“The times of day for the majority of calls are during business hours, and volunteers can’t speed to get there.”

The location of Sale fire station, which is in the heart of the central business district, is something the CFA may review.

“We acknowledge the fire station is a fabulous facility, but its location presents challenges,” Mr Rankin said.

“Our volunteers live to the north or east, so they have to get across York St.

“There is a view at the district and brigade level that if the station was in a more accessible location it would improve response times.

“By not having to cross York St, we’d anticipate an overnight improvement.”

Mr Rankin said when the station was built it was in a good location, but there had since been changes including Sale’s central business district creeping north, and significant residential developments to the north on Cobains Rd, and in other new estates.

“The demands on our volunteers are not decreasing,” he said.

The Sale brigade also provides back-up to surrounding brigades, and Maffra and Stratford, among others, were called to incidents in Sale as back-up.

Mr Rankin reiterated that employing paid firefighters in Sale was not an option “being explored at this time” or “in the short or medium term”.

In Moe, the state government has allocated 20 career firefighters to the brigade to bring its response times up, though similar geographical issues are involved.

Instead, Mr Rankin said recruitment was a way to ensure more volunteers were available during the week.

“Response times during the week are a challenge for brigades across Victoria,” he said.

“We’re exploring how to better engage with communities to improve membership numbers, and improve diversity in our volunteers.

“We need more women in operation activities — they’re under-represented in our ranks,” he said.

“Our volunteers continue to provide an outstanding service to local and outlying communities.”