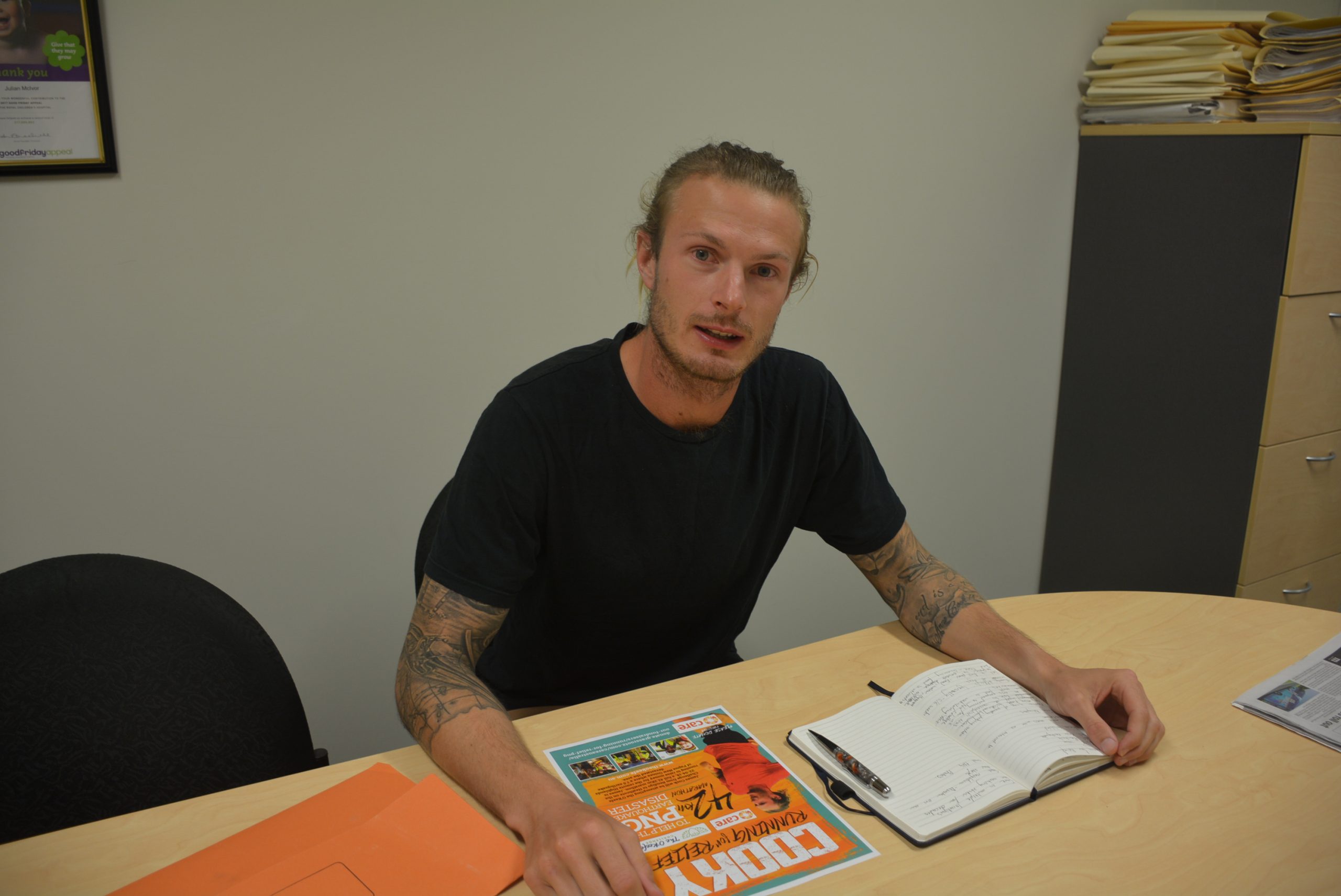 LOCAL man Jim Cook doesn’t hesitate for long when asked what he has gained most over the past four years from being a fly-in, fly-out worker in the remote southern highlands of Papua New Guinea.

Without hesitation, the former Sale College student and retired Boisdale Football Club player will tell you it’s the “perspective” that he now has after living with people who have little in a material sense, but who have shared their kindness, generosity and strong sense of community with him from day one.

The 29-year-old construction supervisor is preparing to give back to the villagers affected by February’s “apocalyptic” Papua New Guinea earthquake by embarking on his own challenge — the 42.2 kilometre O’Keefe Challenge from Bendigo to Heathcote, on Sunday, April 22.

Money raised through his Running for Relief GoFundMe campaign and another campaign that he shares with Care Australia will all go directly towards providing urgent and continuing humanitarian aid for the communities that have lost loved ones and livelihoods, and help restore the infrastructure that has limited their access to food, water and communication with the outside world.

The 7.5 magnitude earthquake has devastated the highlands region of Papua New Guinea, and in the first few days killed more than 150 people.

Emergency workers are still scrambling to reach remote villages, and the death toll is rising as landslides, disease, lack of shelter and food and water take their toll.

One week after the February quake, aid organisations estimated that whole villages had been wiped out, with at least 7000 people losing their homes and 150,000 people in urgent need of emergency supplies, especially food and clean water.

But ongoing aftershocks and lack of road access are exacerbating the problem, while lack of communication means the message is not getting out to the world in the way it did with Christchurch or Nepal.

Current estimates are that about 270,000 people have been affected by the disaster, and thousands are still homeless and starving,

Jim says humanitarian relief is currently in its first phase, with aid workers providing medical aid and food and water where it’s needed.

But supplies are dwindling because of the huge demand, and there are shortages of everything, from medical aid to even basic necessities.

The effort is expected to take months, even years, and the next phase will be to restore roads, rebuild infrastructure and build up food crops, so that communities can survive and restore their independence.

Although he’s never run a marathon before, Jim is determined to achieve his goal so that Papua New Guineans can see hope for the future, and says sore feet and cramps are a small price to pay compared to the pain and suffering of earthquake survivors.

“I’ve lived there long enough to know many of the individuals and families affected, and it’s heart breaking,” he said.

“There are so many stories — the grandmother of a friend of mine was killed when a tree fell on her house, and another family of eight was wiped out, with just one 16-year-old left.

“It’s communities right across the highlands that have  been affected, and it’s been a challenge for agencies to get the help to them all.”

Jim arrived home in Sale last week from PNG, and is training hard to be ready for the marathon, despite having to condense a 16-week training program into six weeks.

“I’ve sought guidance from friends and professional runners on how to best prepare myself physically for the marathon, and I feel pretty fit and up for the challenge,” he said.

“But from what I’ve heard from everyone I’ve spoken to, it’s the mental determination that you need the most, and I’m pretty sure I have that.”

To donate to Jim’s fundraising go to https://donate.grassrootz.com/careaustralia/our-fundraisers/running-for-relief-png or www.gofundme.com/59b8660.