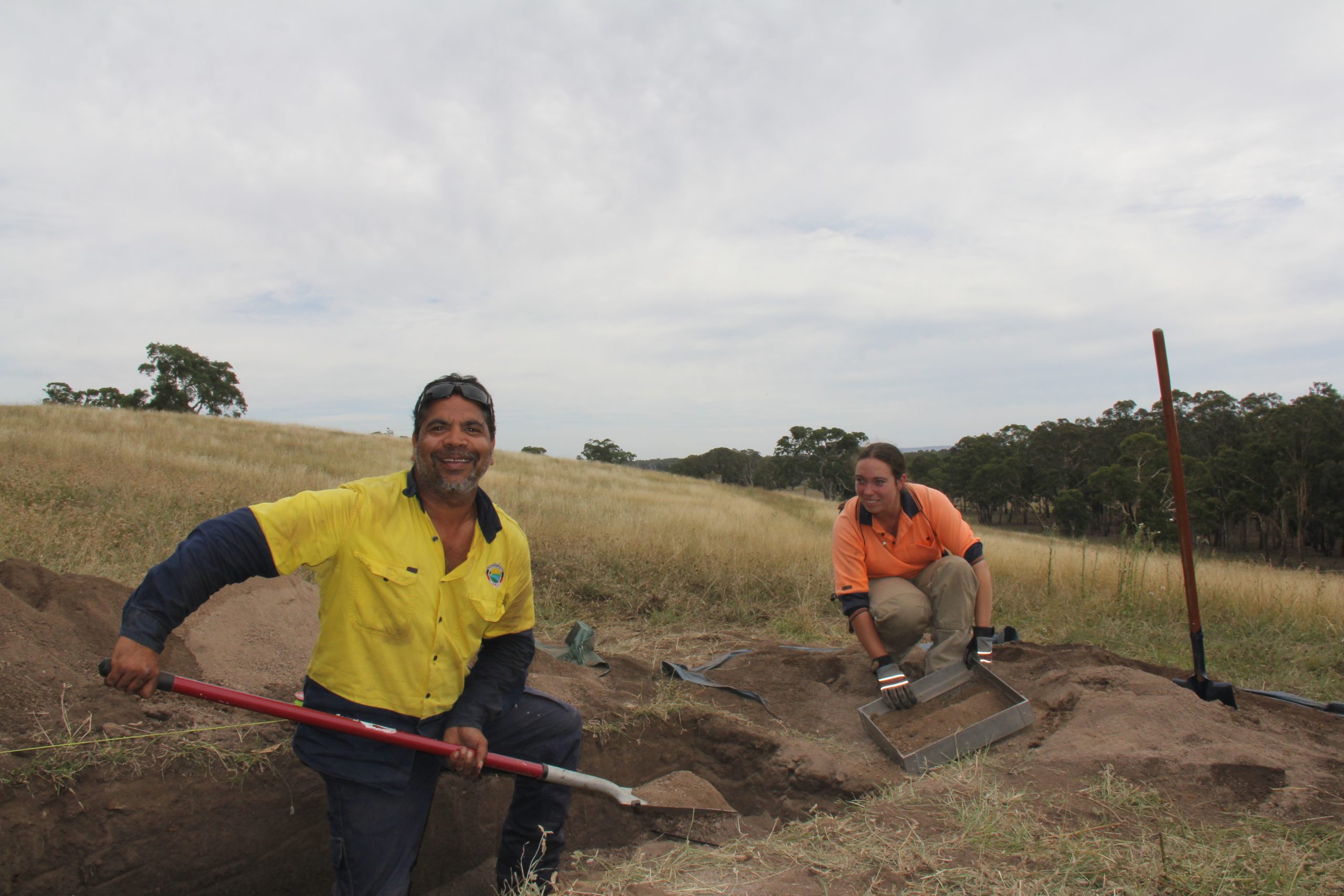 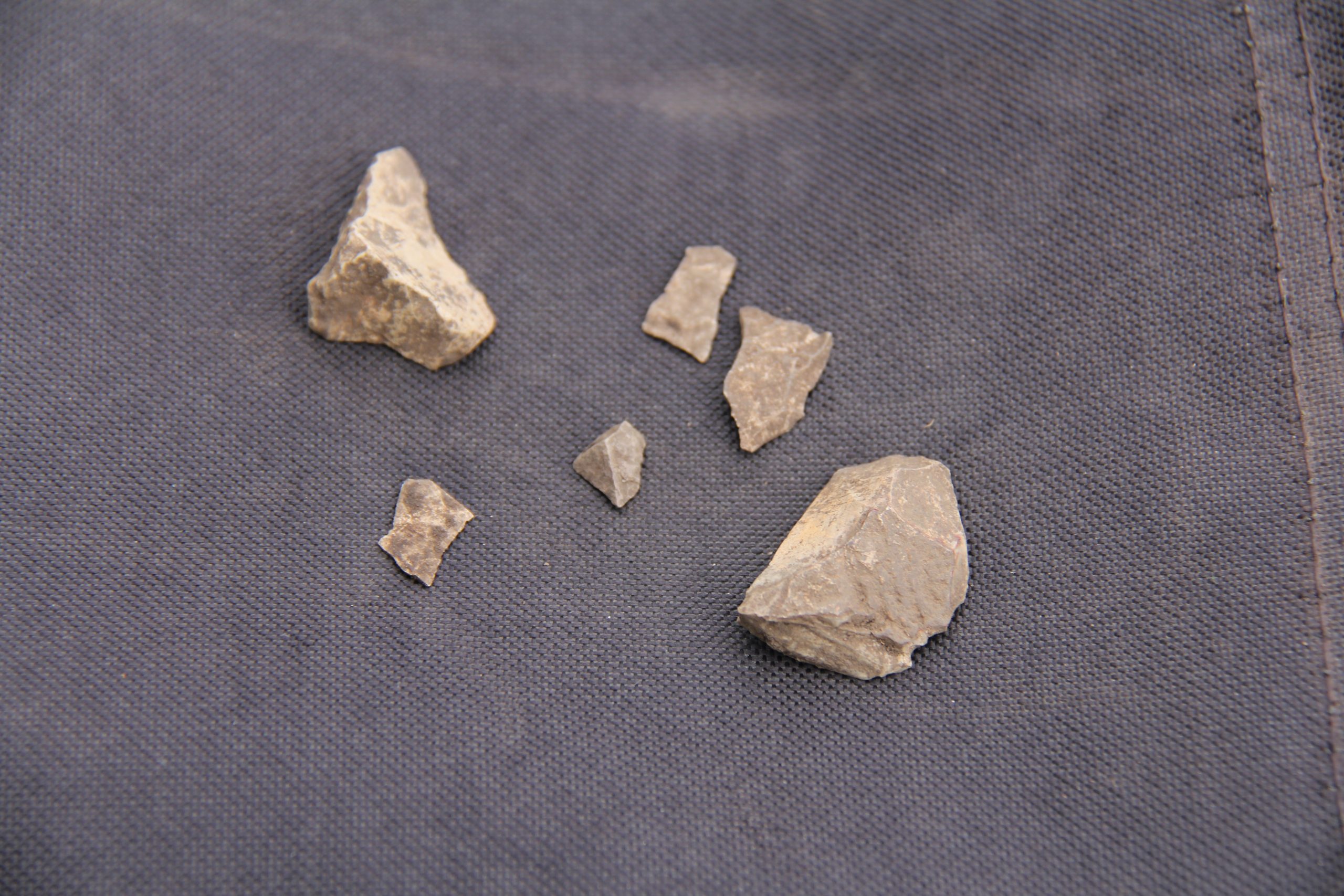 TRADITIONAL owners working on a project to move a section of Gippsland Water’s Regional Outfall System have identified an area adjacent to the Princes Highway in Flynn as a place of Aboriginal significance.

To avoid damaging any remaining artefacts in the area, a three-day salvage took place with a further 33 flaked stone tools retrieved.

Layers of earth were removed with shovels 10 centimetres at a time from four metre by metre pits, resulting in the recovery of fragments of stone tools, indicating the passage of Aboriginal people through the area in generations past.

Mr Hood said the discovery, recording, and mapping of artefacts helped paint a picture of his ancestors’ movements through the area.

“It gives us an understanding of how long our ancestors have been in this area and where they have travelled,” he said.

“Eventually it’s all going to link up and by the time my kids are our age, it will be a part of our stories.”

The flaked stone tools have been photographed and documented, and will be returned to the earth at a later date.

Mr Hood said the 82 artefacts would be placed back in the earth close to the recovery site and near a local scar tree.

A section of the Regional Outfall System was moved as part of highway duplication works in the area.

A Cultural Heritage and Management Plan, following requirements as directed by the Aboriginal Heritage Act 2006, was a component of the early project planning.