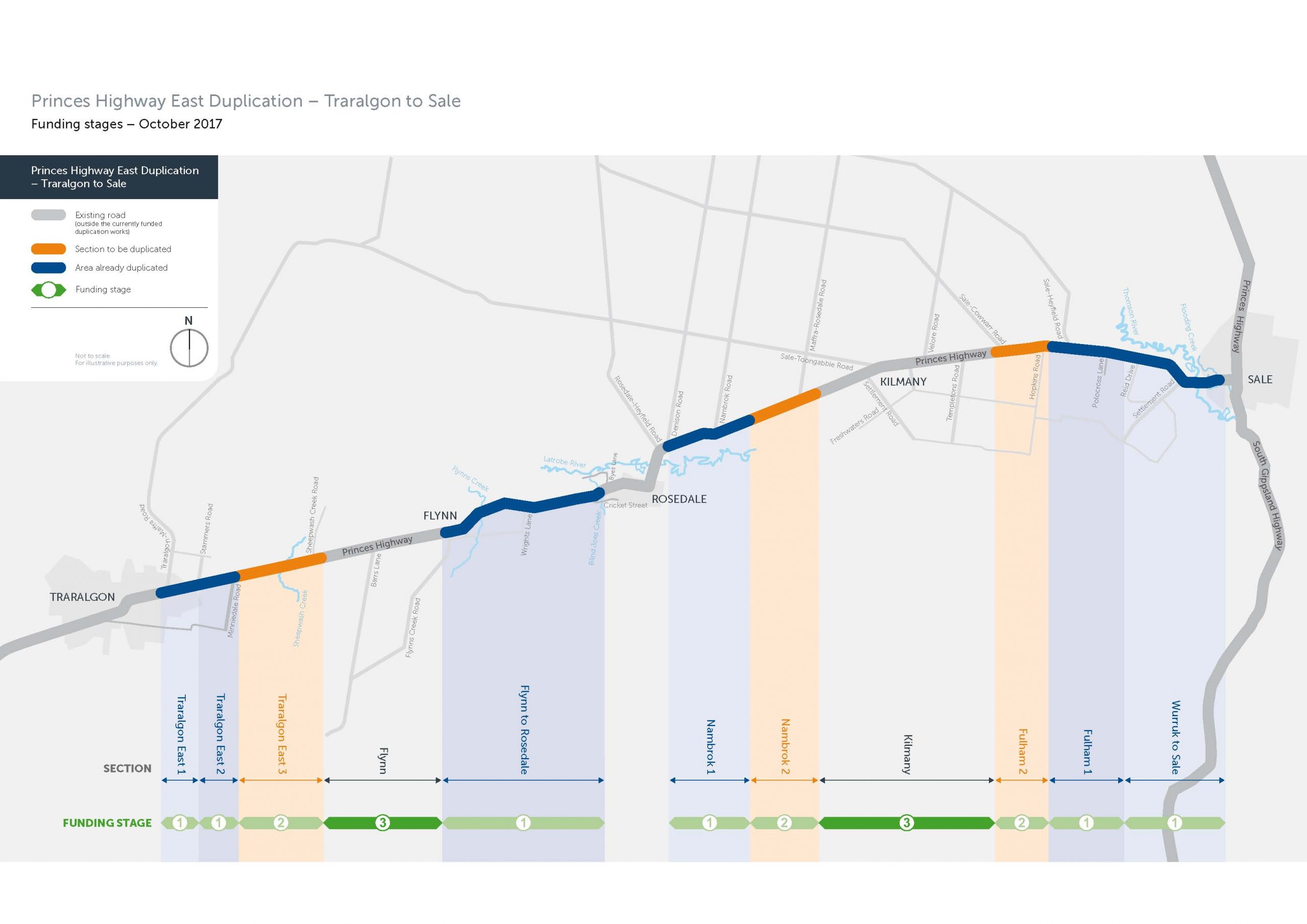 WITH the federal government providing $132 million to complete the duplication of the Princes Highway between Sale and Traralgon, pressure has been put on its state counterpart to put forward it share of the cost.

Gippsland South MLA Danny O’Brien said the Labor government’s failure to fund the remaining $33 million of Victoria’s share in the recent state budget was disastrous given the Commonwealth funded its share in the federal budget last week.

“The duplication will create a safer road for our community and visitors to the area, increasing our productivity and tourism,” he said.

“It’s now time for the Andrews Labor government to come to the party with the remaining $33 million to finish the project.”

Money is still needed to begin work at Kilmany and Flynn.

In state parliament last week, Mr O’Brien called on the government to bring forward its $33 million share of the funding to ensure the project gets completed.

“Incredibly, Roads Minister Luke Donnellan said he had a ‘good record’ despite never funding a section of the road and said only that it will be considered in future budgets,” Mr O’Brien said.

“As much as the federal money is vital, the project won’t be completed if Daniel Andrews doesn’t stump up his share. His budget included revenue over the next four years of $280 billion — finding just 0.012 per cent of that to finish this project isn’t too big an ask when he’s spraying billions around on projects in Melbourne.

“Daniel Andrews needs to continue the bipartisan approach to this project that has been in place for many years now.”