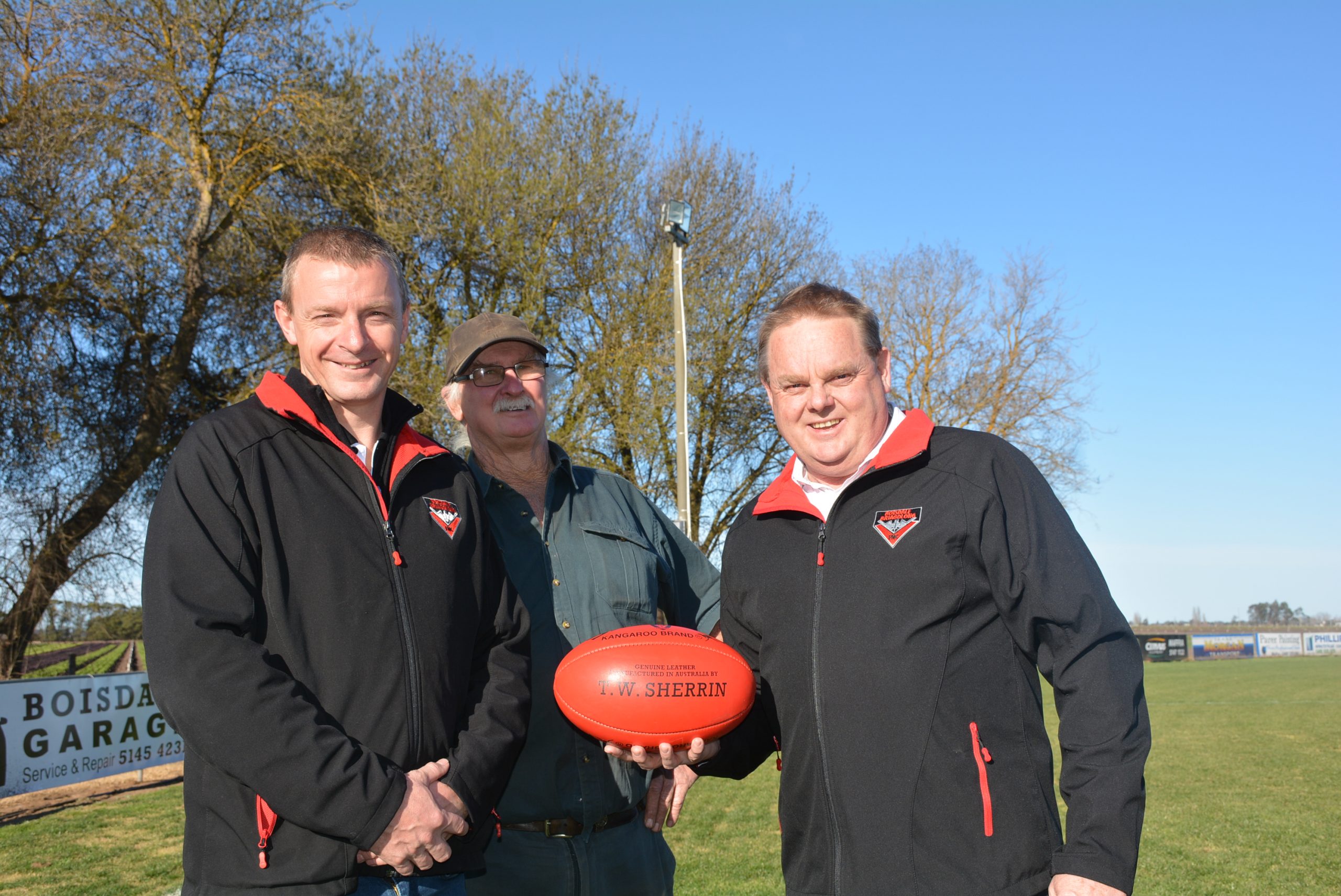 Gippsland East MLA Tim Bull has put his support behind an application to the Latrobe Valley Authority for $345,000 towards reserve upgrades.

“There is an application pending with the Latrobe Valley Authority for upgrades to the reserve and I would hope it will give the submission the green light,” Mr Bull said.

“Meeting with Boisdale-Briagolong Football-Netball Club and the reserve’s committee of management this week and hearing of their plans, improvements to the lighting infrastructure and change rooms would benefit all users.

“Boisdale Recreation Reserve, together with the football-netball club and Wellington Shire Council, has done a great job in developing a master plan and from that their top priorities include a lighting upgrade and changeroom redevelopments.

“With the committee having applied for funding last week, I hope the LVA now views this submission favourably so footballers of all ages can continue to enjoy playing at this facility with better changing facilities and improved lighting.

“A lighting upgrade would also provide a better experience for those who contribute off-field and locals who attend training, while also opening pathways for night matches in the future.”

BBFNC vice-president Ryan Evans said providing updated and compliant facilities would go a long way towards maintaining and improving participation levels, which had been a focus for the club in recent times, with the addition of women’s and youth girls’ teams.

“We pride ourselves on being a welcoming and inclusive club, however the state of the lighting impacts on our ability to train all of our teams appropriately,” he said.

Evans said training during the evening was restricted to certain parts of the ground because of the below-standard lighting. He said improved lighting would allow the club to play women’s matches after the men on Saturday nights.

“We’d like to showcase our girls’ team. If you can’t do it after (the men’s matches), there’s no other time you can get them in, that’s why we play them on a Sunday, but we’d like to have some night games,” Evans said.

Evans said the changerooms were not suitable for female footballers.

“They probably haven’t had an upgrade since 1966, when they were built,” he said.

“We have self-funded some additional rooms, as well as the netball changerooms, but at the moment, (the original changerooms are) just not family-friendly, female-friendly. The showers are terrible, the toilets are terrible.”

Council has allocated more than $28,000 for the $460,000 project in its current budget. The remaining cost will be covered by the community, including in-kind labour.

The reserve is used by the BBFNC, Boisdale-Briagolong Junior Football Club, other local community groups, schools and the general public as an active recreation space.