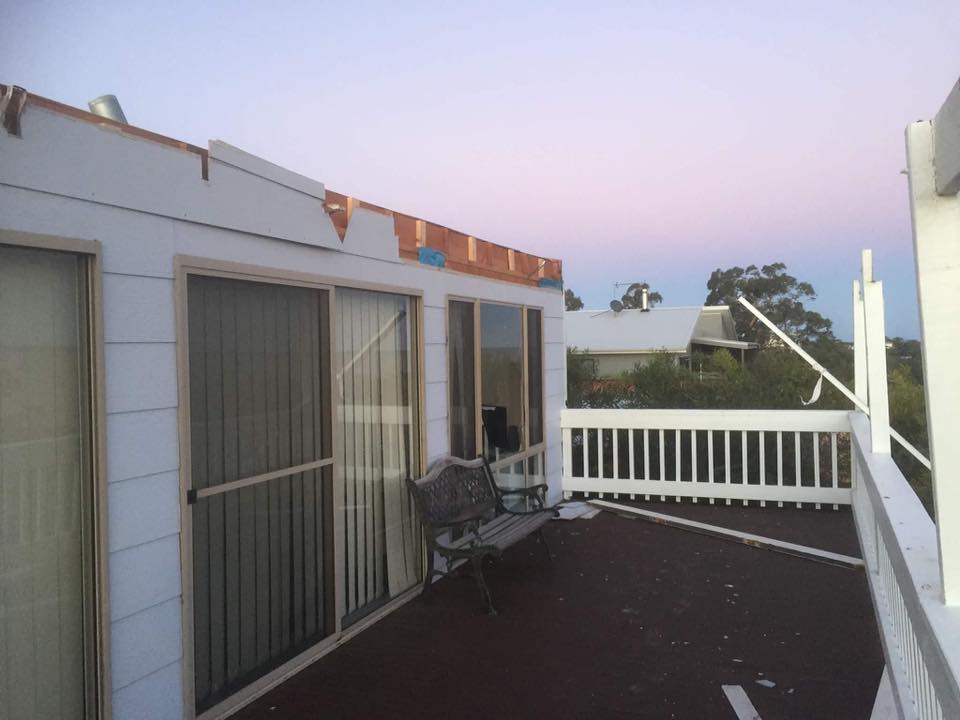 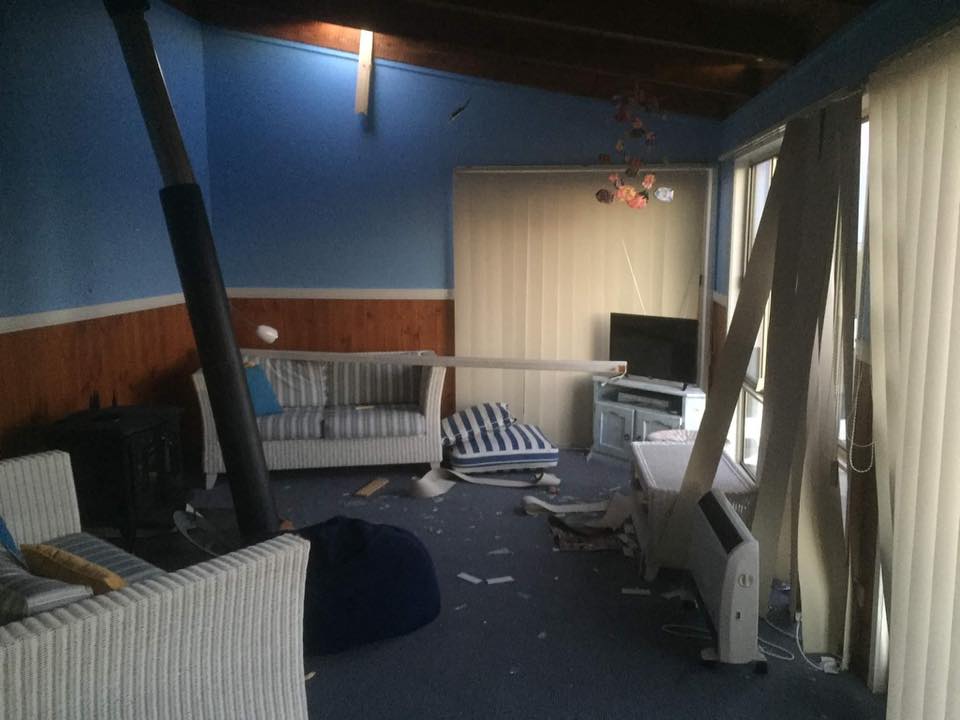 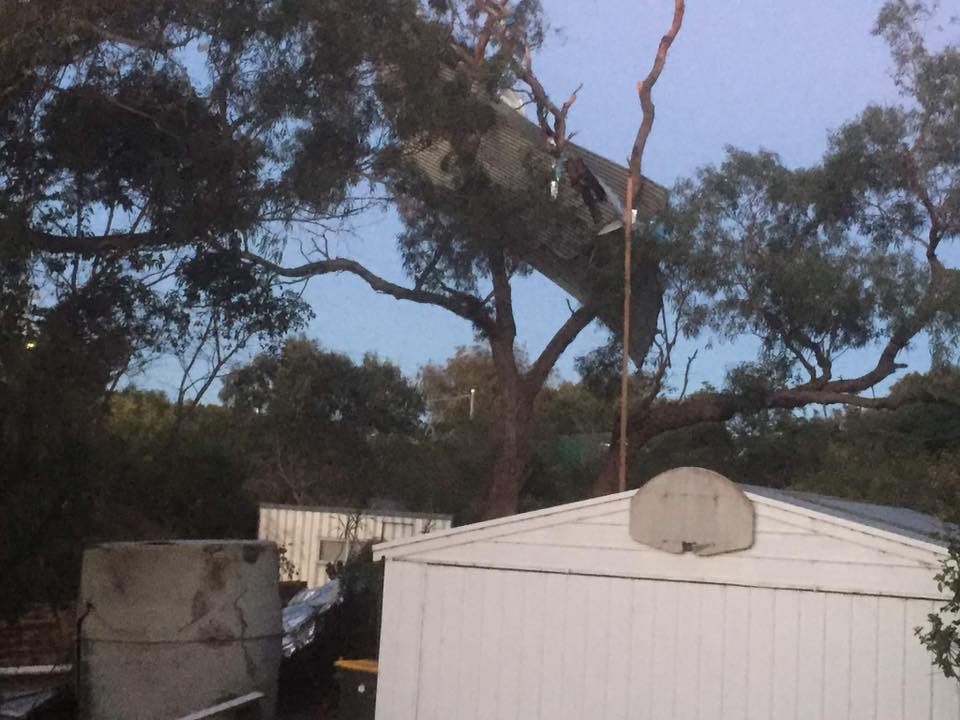 A COUPLE is thankful no-one was hurt, after a freak gust of wind blew half the roof off the pair’s Loch Sport holiday home last week.

About 5pm Tuesday as a storm front blew in, the roof of the National Park Rd property folded back from the verandah and peeled off in the wind, leaving half the house with just a ceiling.

The roof sheets were still attached to their beams, sending weighty pieces of timber flying through the air.

A quarter of the dislodged roof ended up 15 metres above the ground, precariously dangling from a neighbour’s gum tree, until it was returned to earth by contractors on Thursday.

The other pieces were blown behind the house, and to a neighbour’s vacant property up the road.

The home’s owners, Barry and Nola McGann, thanked the local state emergency service unit and their quick-thinking neighbours for their assistance.

Mr McGann received a call from his neighbours about 6pm, alerting him to his lack of roof, and arrived on the scene later that night to find insulation strewn along the road.

The SES and neighbours were already working furiously to clean up what they could before it was blown away in the wind.

Miraculously, there were no injuries.

“One of the beams went through the glass windows and landed on the lounge — had we been home, it might’ve been a different story,” he said, adding it was his wife’s preferred spot.

“It must’ve been a good old gust of wind,” he conceded.

As wet weather during the week ensued, Mr McGann said the couple had a tarp in lieu of a roof, and were now without power until  insurance assessors visited.

He admitted there had been some confusion over their address, as they also have a property in Loch, and insurance contractors initially paid a visit to it.