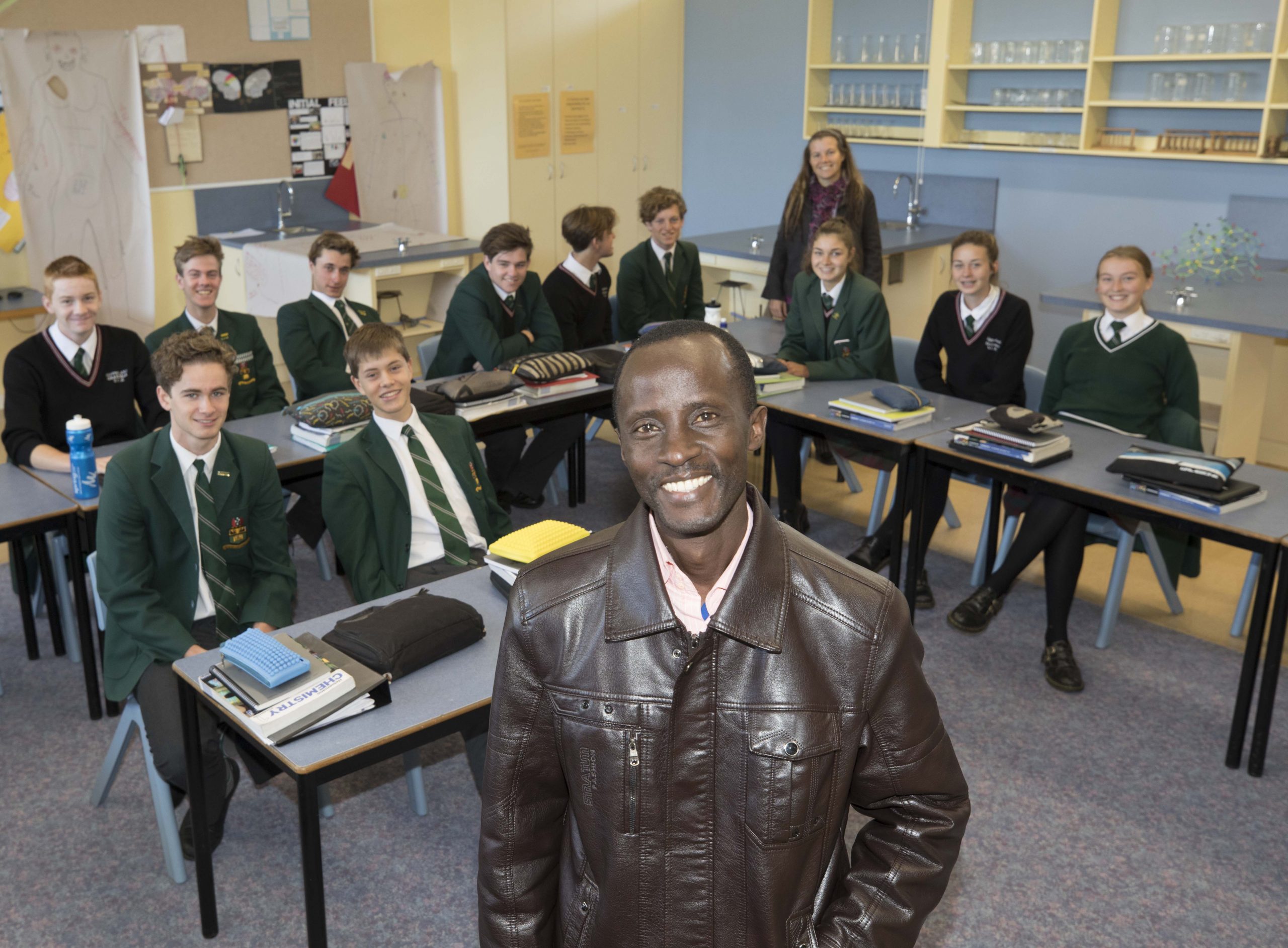 WHILE there are many differences between Gippsland Grammar and Gahini Secondary School in Rwanda, the connection and relationships they share doesn’t waver.

The visitors expressed their gratitude to the Gippsland Grammar community, which has fundraised for the past four years to help build a science laboratory at the Gahini school.

African students are now reaping the rewards, according to Mr Karemangingo.

“We live in a country where it has not been pleasant for a very long time,” he said.

“We now have hope.

“You have never pitied us, and you help us make a greater future for us and our country.

“We value your friendship and knowledge very, very much.”

During the visit , Mr Karemangingo said he was most interested in the way Gippsland Grammar was keeping students safe with its child protection policies, as well as the Pathways Program providing extra help to students who needed additional or different strategies to learn. He explained that many Rwandan students battled disease and blindness, which challenged the school and staff.

He said he dreamt of setting up a garden to grow vegetables and a pen to rear chickens, which would be followed by cooking classes teaching students to cook their produce, similar to the Australian VCAL program.

Mr Karemangingo and Bishop Manasseh visited local farms, inspecting irrigation systems to gather knowledge to take back to their country.

“We have lots of hunger in the dry season,” Mr Karemangingo said.

“We too could use sprinklers. “One of your teachers showed me an off-grid pedalled machine that could help us pump water to where it is needed.”

He told the story of Rwanda — a story of tragedy and genocide, filled with trauma and tragedy — but also a story of healing, reconciliation and hope.

Rwanda has grown to be the second fastest growing economy in Africa, one of the continent’s safest and most stable countries and one of its most progressive.

Gahini Secondary School is a boarding school with 946 students, and just 32 teachers.

During term breaks, Rwandan boarders return home to work in the fields and on farms alongside their parents.

For more than 10 years, the two schools have enjoyed a partnership.

Each year, Gippsland Grammar students visit Rwanda as an alternative to ‘schoolies’.

“It’s about being connected, understanding and appreciating different cultures and feeling valued as part of the international world in which we all live,” Mr Baker said.