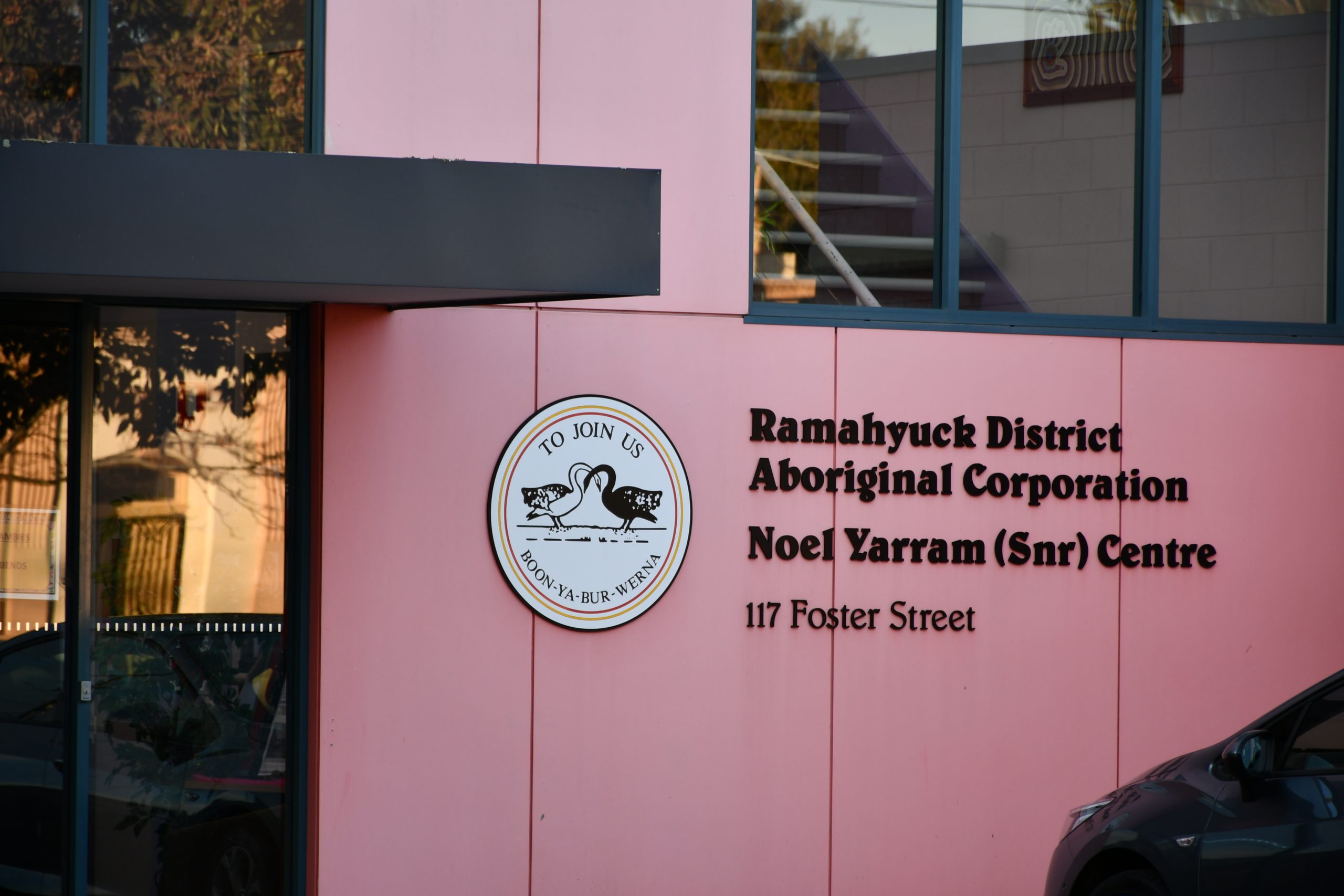 A PROPOSAL to create Sale’s first indigenous cultural centre is moving ahead, with hopes it will boost jobs and attract visitors.

The project would expand the current Ramahyuck premises on Foster St, and would include extra space for health and social services, as well as a cultural centre showcasing local and regional Aboriginal arts and crafts, a gathering place, and a cafe.

Mr Morgan said the local indigenous community had stuck with Ramahyuck for 26 years, and having a dedicated space “designed by, and for” them would be a first in Sale.

“There’s cultural centres in Morwell and Bairnsdale, but the culture is just as strong here,” he said.

“It’d be about a $3.5 million investment, which is not insignificant for the community.

“It would be create something for the Aboriginal community in Sale they’ve never had — a place for their own.”

The current plan involves extending the current Noel Yarram Snr building to the footpath on Foster St, with the ground floor devoted to the cultural centre, while the top floor will house medical and support services.

The corporation is aiming to apply during the next round of government grants in November.

“When we first applied, we were starting from scratch last year, but we’re now submitting plans to council, and we’re engaging an architect,” Mr Morgan said.

“We’ve had letters of support from a number of stakeholders, including Wellington Shire Council, the hospital, police and the RAAF base.

“When the next round of funding comes around, we’re be right up there and ready to go from day one.”

Another advantage of the expansion would be more jobs, especially for indigenous people.

“There’d be extra employment for 20 people over the next three or four years,” Mr Morgan said.

“There’s an opportunity to keep construction local and include a percentage of Aboriginal employees as well.

“(The finished building) would include a work area for artists in residence — there’s big potential and real benefits, especially for tourists.”

The Gunaikurnai Land and Waters Aboriginal Corporation, which helps provide strategic leadership in the region as well as leading native title settlement agreements, has a centre outside Bairnsdale.

“The Gunaikurnai Land and Waters Aboriginal Corporation, on behalf of the traditional owners of Gippsland, welcomes places that respectfully and appropriately encourages cultural education, while noting that GLaWAC plays a key role in supporting traditional owners’ individual intellectual property rights,” he said.

“Should Ramahyuck and the local community formally approach us for support, we would be happy to assist.”