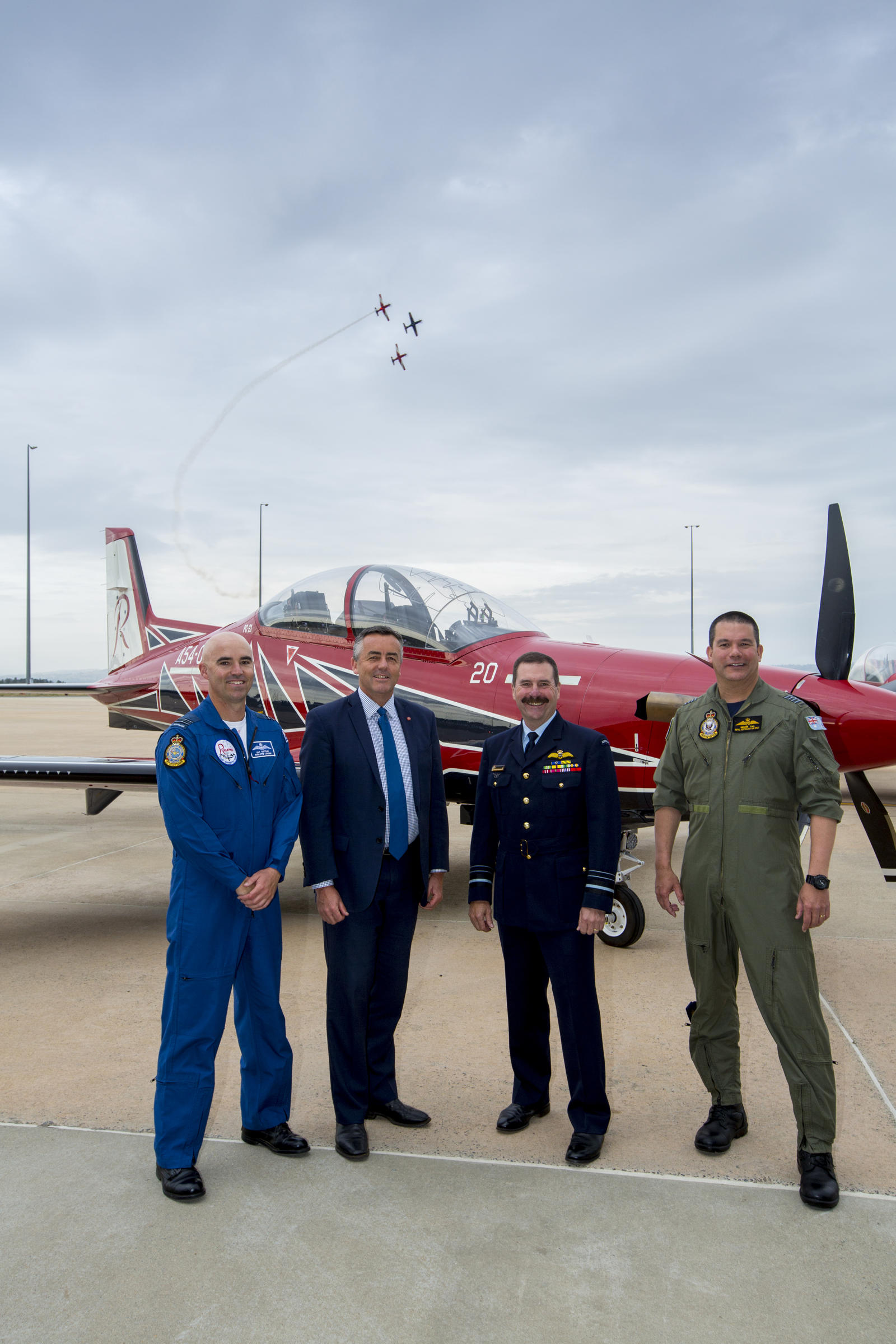 THE new-look Pilatus PC-21 aircraft used by the Royal Australian Air Force’s aerobatic display team, the Roulettes, has been unveiled in Canberra.

Gippsland MHR and federal Defence Personnel Minister Darren Chester said the Air Force had selected a livery for the iconic Roulettes, based at RAAF Base, East Sale, that would set them apart from other aerobatic display teams.

“This is a contemporary and eye-catching design,” Mr Chester said.

“Many people across Gippsland will be accustomed to seeing the Roulettes in the skies above their towns and communities.

“It won’t be long until they’ll spot these great looking aircraft.”

The new colour scheme retains the traditional colours of the Air Force and the Australian National Flag, the Roulette’s familiar ‘R’ logo and the Southern Cross.

Mr Chester said the PC-21 would be used during basic flying training at RAAF Base, East Sale.

“This means all pilots for the Navy, Army and Air Force will begin their training in Sale using this aircraft.”

“There will be an intake of up to 165 trainee pilots each year at the training school, plus an increase in Defence personnel living in Sale and supporting our local businesses.

“The training school is expected to deliver a $15 million per year boost to the Gippsland economy.

“That’s on top of the current Defence contribution to Gippsland of $12 million per year in direct wages and supplies.

“More than $200 million in construction works has been undertaken to prepare RAAF Base East Sale, for the opening of the training school.

“Over the past two years, this project has generated hundreds of construction jobs and work for Gippsland-based contractors.

“This will be the beginning of a new era for RAAF Base, East Sale and Gippsland.”