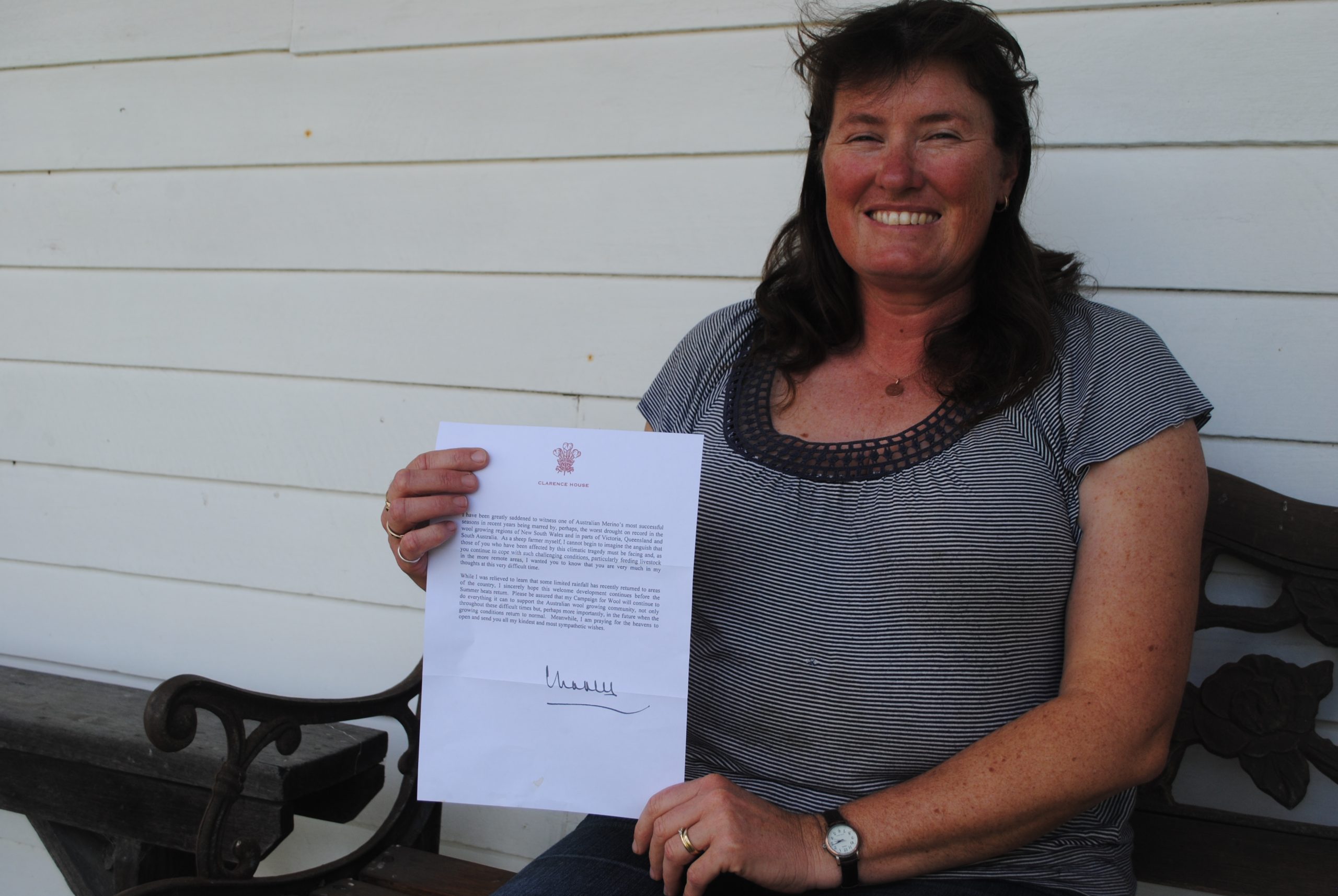 GIPPSLAND wool growers doing it tough received unexpected solace last week from none other that one of the world’s most recognised merino enthusiasts — His Royal Highness, the Prince of Wales.

Well known in international wool circles as being a global ambassador for the natural product, Prince Charles has clearly been touched by the plight of wool growers affected by the drought.

He has written to 41,000 of them across the country, including Giffard West farmers Lisa and Steve Harrison, acknowledging Australia’s current dry and difficult conditions.

“I thought it was quite nice; at least he has acknowledged what farmers are going through,” Lisa said.

“My husband Steve wasn’t quite sure it was a big deal, but I thought it a nice touch.”

Lisa said the letter was photocopied, but “on very nice paper with Clarence House on it”.

In the letter, distributed by Australian Wool Innovation, on special request from Clarence House, Price Charles tells of his sadness at the impact the drought has had on wool growers.

The Prince of Wales is a committed environmentalist, and several years ago initiated the global ‘Campaign for Wool’ to raise awareness among consumers about the unique, natural, renewable and biodegradable benefits offered by the fibre.

A sheep farmer himself, Prince Charles wrote: “Please be assured that my Campaign for Wool will continue to do everything it can to support the Australian wool growing community, not only throughout these difficult times but perhaps more importantly, in the future when the growing  conditions return to normal”.

The Harrisons operate across 1417 hectares, including property they own and lease, at Giffard West, and run stud and commercial Merino sheep as well as first-cross ewes.

Because of the drought, they have sent some of their stock to greener pastures in south Gippsland, and, like most Wellington Shire and east Gippsland farmers, have been spending large amounts on supplementary feed for about 18 months.

Mrs Harrison, a member of the Giffard Country Women’s Association, said while it was good to get support from the Prince of Wales, she would like to see the state government release some of the money it promised in September after agriculture minister Jaala Pulford visited the region.

“We are ready with a number of projects that would come under the community resilience grants, but the state government hasn’t yet provided the money to councils, so we can’t do anything,” she said.

One of those events is an open air cinema for the community that Mrs Harrison says she believes “meets all the criteria” for the grants.

“We’ll do whatever it takes to get this up, but we need to know whether there will be any money for it.”

The minister’s office did not respond before deadline.