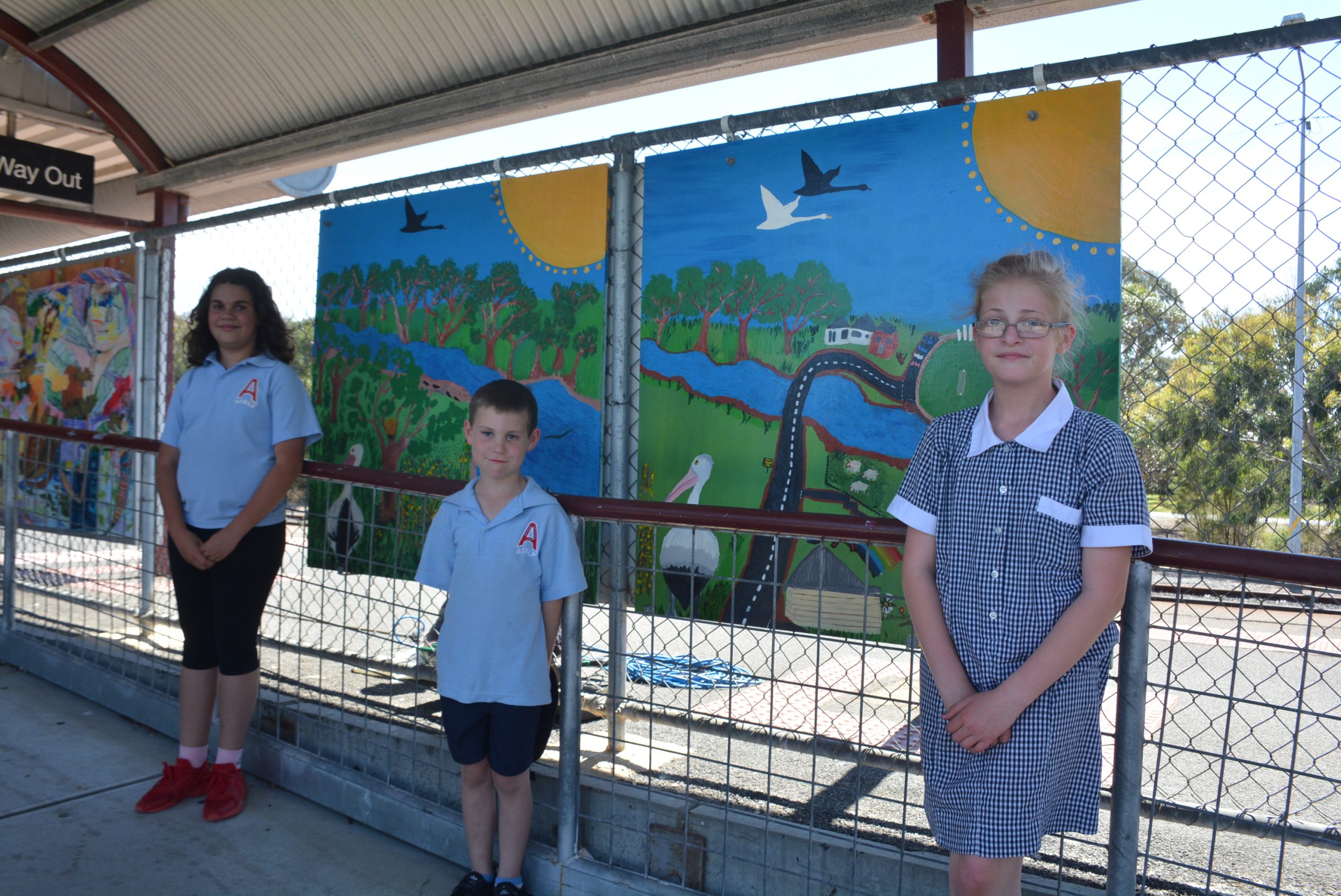 When tasked by the Sale Stationeeers Group to create a piece celebrating Australia’s indigenous culture, principal Brenda Talbot said students jumped in and took to the assignment with much enthusiasm.

“The paintings are narratives — there are many stories,” she said.

“Students in the senior class mapped out the comparisons of what Airly would have been like then and now.

“The map isn’t true to measurement, but the juxtaposition of nature and man made is evident.”

The Sale Stationeers Group praised the students’ efforts, and said it had been overwhelming to see how much the community had embraced improving the look of the station.

“But bit by bit we have tried to improve the upkeep, and now we hope people have a station that they will feel comfortable at.”

Community groups from across Wellington Shire have contributed pieces, including local prisoners who have helped maintain the station’s carpark garden.

“We had 16 primary schools paint artwork on bollards, and one of the great benefactors of the community, John Leslie (OAM), was so generous as well,” Ms McLeod said.

As well as the piece from Airly, the station boasts artwork from Maffra Secondary College, Sale College, Gippsland Grammar, Catholic College Sale, TAFE, the Sale and District Specialist School and local group Bug Blitz, which has put up the challenge to see if passersby can spot the two insects that don’t belong on the list.

Ms Talbot said the students put a lot of thought into the finished production, and were to be commended for their work.

According to the Gunaikurnai, the first people were animals and the first Gunaikurnai man was Borun (a pelican), who travelled a long way from the hills looking for a place to live.

“We included the pelican Borun as an over looker and the travelling Borun from the mountains to the lakes is an important Dreamtime story — and obviously the black swan is an important symbol locally,” Ms Talbot said.