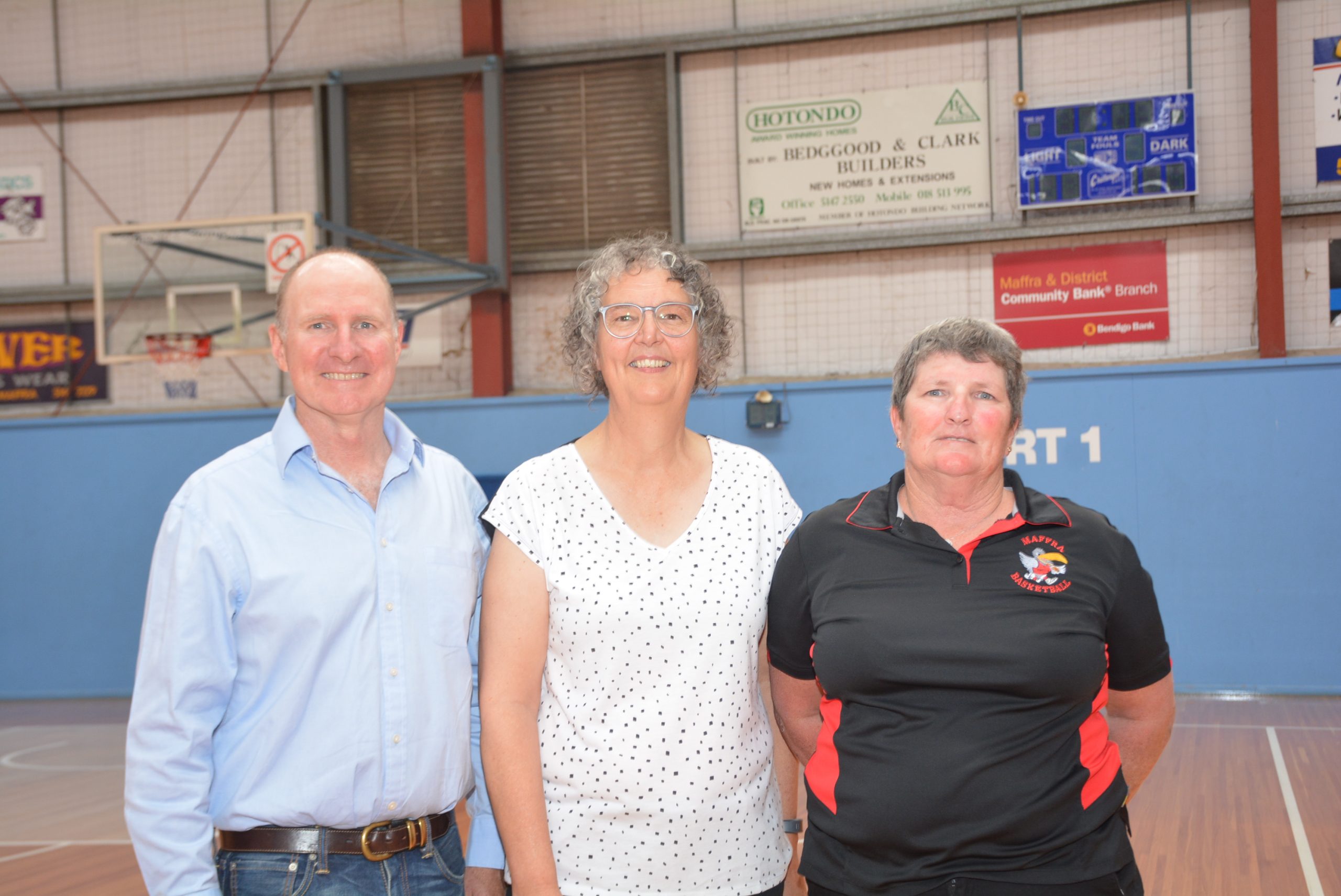 As reported in last Friday’s Gippsland Times, Eastern Victoria MLC Harriet Shing on Thursday announced the government will contribute $3 million to the project, on top of $1 million from the Latrobe Valley Authority.

Wellington Shire Council has contributed $4.24 million, with $125,000 each from the Maffra Basketball Association and Maffra Gymnastic Club.

The project will include the construction of two new multipurpose courts, the gymnastics area increasing to take over what is currently a basketball and netball court to meet Gymnastics Australia guidelines for regional facilities, the redevelopment of the entry, foyer and amenities, and new change rooms.

The stadium project will help Maffra accommodate its growing participation list, with a staggering 90 basketball teams utilising the courts on a weekly basis.

Wellington Shire councillor Malcolm Hole said the project had been envisaged for many years, and paid testimony to the people who had made it possible.

“Throughout the whole process the committee that drew up the master plan has never deviated from their vision, Maffra has such a strong sporting culture and we hope to be playing in the new complex by late next year,” he said.

Maffra Volleyball Association president Martin Angliss said moving from the concrete surface of the Maffra Secondary College gymnasium to the sprung timber flooring of the Cameron complex would boost the club.

“We will be able to expand our membership base and become more visible within the community,” he said.

Another user group which hopes to reap the benefits of the expansion will be the thriving gymnastics club.

“We have a huge waiting list of up to 80 people and with gymnastics one of the fastest growing sports in Australia, this redevelopment will allow us to give more people and opportunity to compete,” he said.

“Our problems can now be addressed and resolved, it is just going to be terrific,” he said.

Gippsland East MLA Tim Bull was glad to see the community push to fund the complex expansion was been fulfilled.

“Having raised the issue in parliament several times, it’s great to see it come to fruition,” he said.