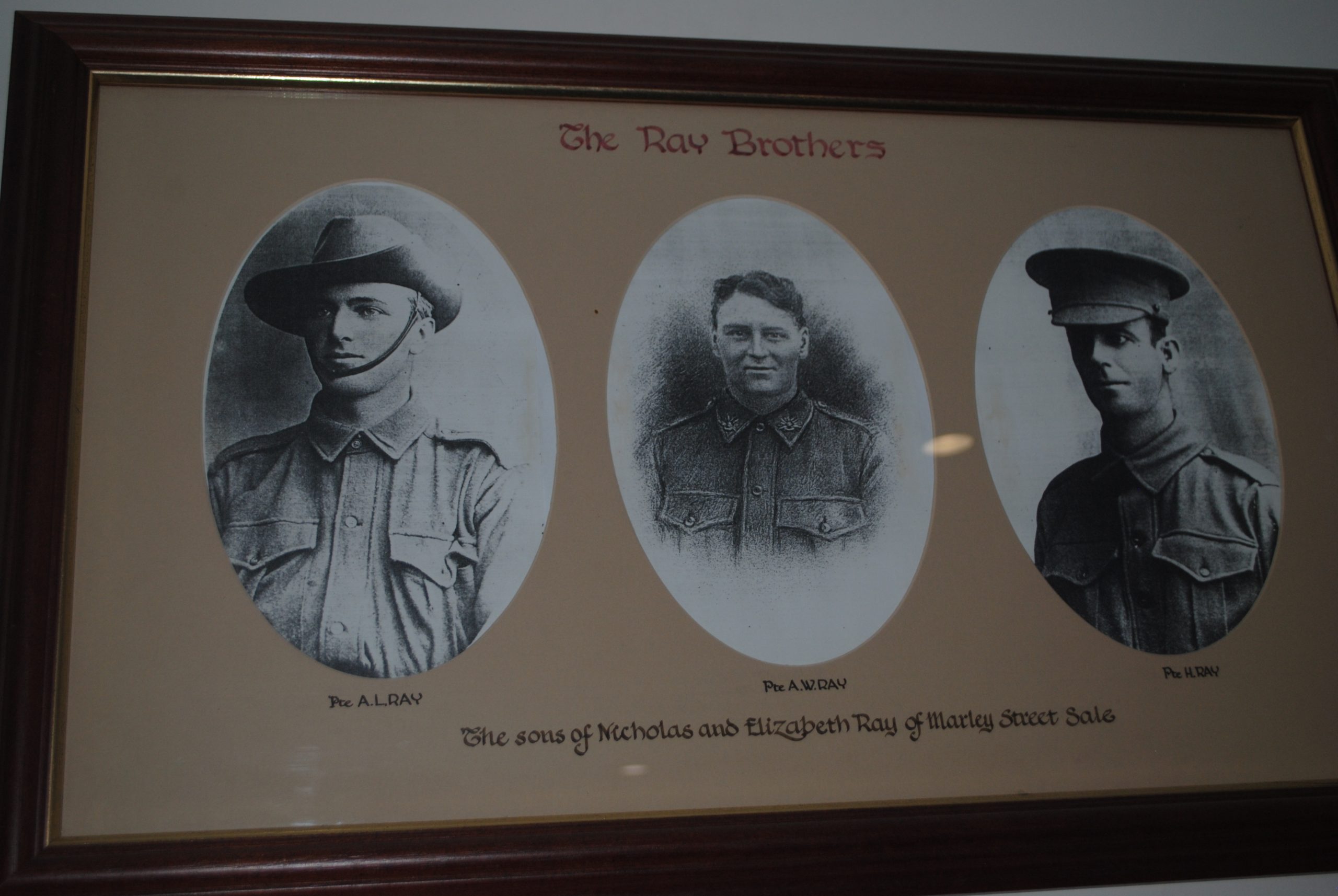 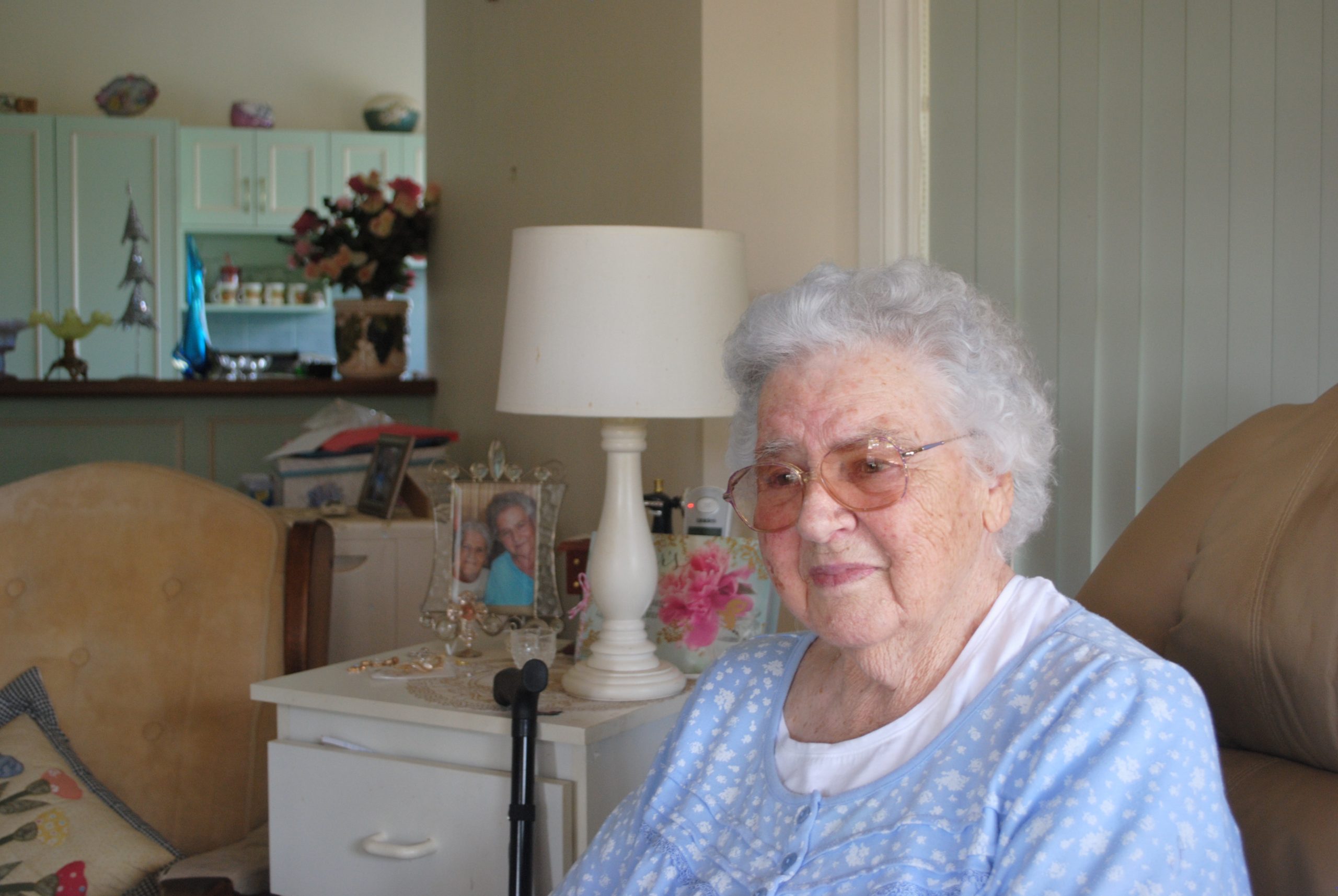 THE pointless brutality of World War 1 and the tragic loss of millions of lives still chills the bones of 89-year-old Merle Sheean.

Just as it is for many families in the Gippsland region with a personal connection to those who fought, and those who died, Remembrance Day on November 11 is a sad reminder to the Sale great-grandmother of the sacrifices of much-loved family members.

Her late husband Les’ three uncles, the Ray brothers Alexander Leslie (better known as Leslie), Arthur (known as Artie), and Herbert, were popular and hard working young men who came from a large family of 13, and who felt a strong obligation to support the war effort.

But that sense of duty came at a huge cost, with all three dying in battle and leaving behind a grieving mother and father, siblings and friends.

Mrs Sheean is proud of the Ray boys, as she calls them, and their selfless desire to fight for the “home country” Britain, and for the freedoms that connection bestowed on Australia.

“Oh yes, they wanted to join, it was the thing to do at the time,” she said.

“Some of them wanted to go to serve, others saw it as an opportunity for something more exciting, or to get out of a rut they were in.

“They didn’t realise how bad it was, the horrors of war weren’t really understood.”

Not all enlistees were as willing as the Ray brothers, says Sale historian Ross Jackson.

He said a ‘call to arms’ from the Australian government strongly encouraged people to join the war effort, to the point of intimidation. It wasn’t exactly conscription, but as close as you could get to it.

People rejecting the call had to face a panel to explain their decision.

But for the Ray boys, saying no wasn’t an option when the call came.

Leslie, the first of the boys to enlist, became part of the 4th Light Horse Regiment, and was killed in battle two weeks after returning to Gallipoli from a six-week stint in Malta to recuperate from injury. Artie, also an Anzac, was a “bit of a character”, who died just before he was due to finish his service.

Herbert, who had originally decided to stay home to look after the family, signed up after his brothers’ deaths, but was sent to the Western Front, where he was killed at Battle of Pozières, France — his body never found.

Mrs Sheean said the losses “still tug at the heartstrings” of the Ray family.

“Imagine the grief of the boys’ mother, Elizabeth, having to answer the door on three separate occasion to be told that her son had been killed in action,” Mrs Sheean said.

“The shock was too much to bear, and she lost her sight — the mental trauma felt by the families of soldiers who died was immense, and families still feel it.”

Mrs Sheean said it was important to remember the people who served, to ensure their bravery and selflessness was not forgotten.

“It still affects me in quite a big way every time I remember them; on Anzac Day I’m just a mess,” she said.

“I think of how sad it must have been for my husband’s mother Alice — she lost three brothers.

“I used to feel so terribly sorry for her; she used to lock herself away sometimes because it was all just too hard.”

About 25 years ago Mrs Sheean put together a history of each of the Ray boys, and distributed it to family members so their memories were kept alive.

There are other reminders of the Ray boys’ bravery around Sale.

In the Sale RSL and Community Club, portraits of the three brothers grace the wall, along with many others.

At the Sale Fire Brigade, there is a photograph of Les, a former firefighter, who posted his picture to the brigade from the battlefield, with a note that read, “I’m still on duty while this picture is here”.

And that picture is still there.