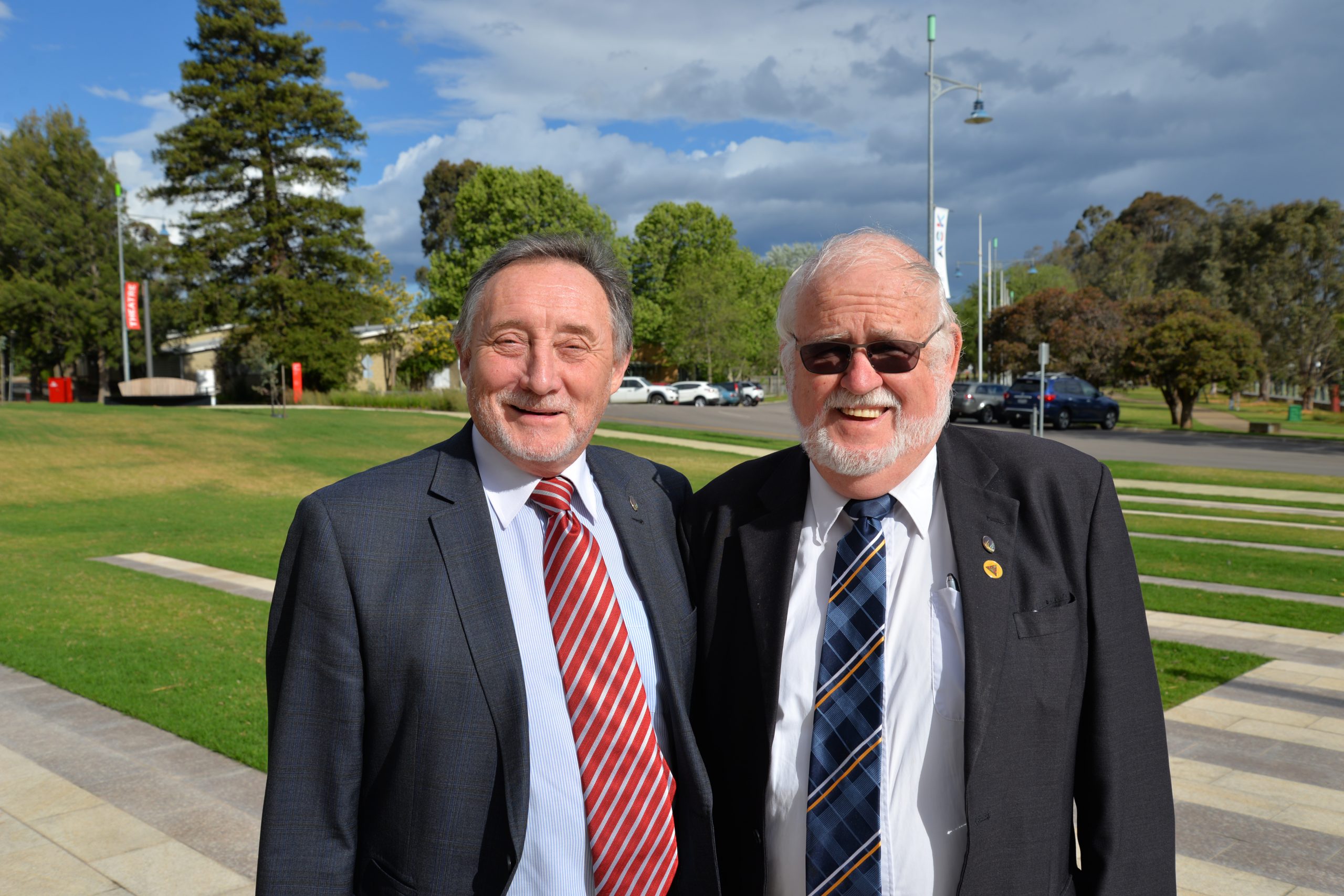 Nominated by Cr Garry Stephens, it was then moved that Cr Hall take on the mayoral role immediately, with his role concluding at the first meeting in November 2019.

The new mayor told the council that “it’s a good space, to become mayor”, to be working with “responsible, intelligent and co-operative councillors” who had worked for the good of Wellington Shire.

He congratulated Cr Crossley on the hard work and dedication she had shown during her two years as mayor.

Cr Hole was then elected unanimously as deputy mayor.

Cr Darren McCubbin was the first to congratulate Cr Crossley for her contribution, and praised the “hard work” of the leadership team, headed by Cr Crossley.

He said Cr Crossley had taught her colleagues a lot in her time as mayor, particularly, he joked, “not to use the term ‘madam’ before the word mayor”.

Cr Crossley’s leadership had been an important element in attracting funding for some key issues, namely the Australian Sustainable Hardwoods mill purchase, the TAFE facility and the Cameron Sports Complex, he said.

“Around the table you have moved us into a team,” he said.

Cr Scott Rossetti said the role of mayor was a big one, and one councillors learned a lot from.

He said each mayor did it slightly differently, and commented on Cr Crossley’s own style.

“I loved watching the way you’ve dealt with community meetings,” he said.

He added that Cr Crossley had done things “in Carolyn’s way”, before adding “and that’s a good way”.

Cr Crossley said it had been a great privilege to be a figurehead at the council, adding that being mayor was a “great privilege”, and one that brought huge rewards.

“There’s no greater honour that your colleagues can put on you than to lead them,” she said.

Cr Alan Hall is known to the Loch Sport and other coastal communities as the former proprietor of the Marina Hotel.

He has a strong financial background, holding senior finance and management roles in the public and private sectors, and is a Fellow of the Certified Practicing Accountants Australia.

“I look forward in particular to continuing the good work that Cr Crossley has started,” he said.

Deputy mayor, Heyfield’s Cr Malcolm Hole, is a local government veteran, first elected to Wellington Shire Council in 2000 and serving as mayor in 2002 and 2006.