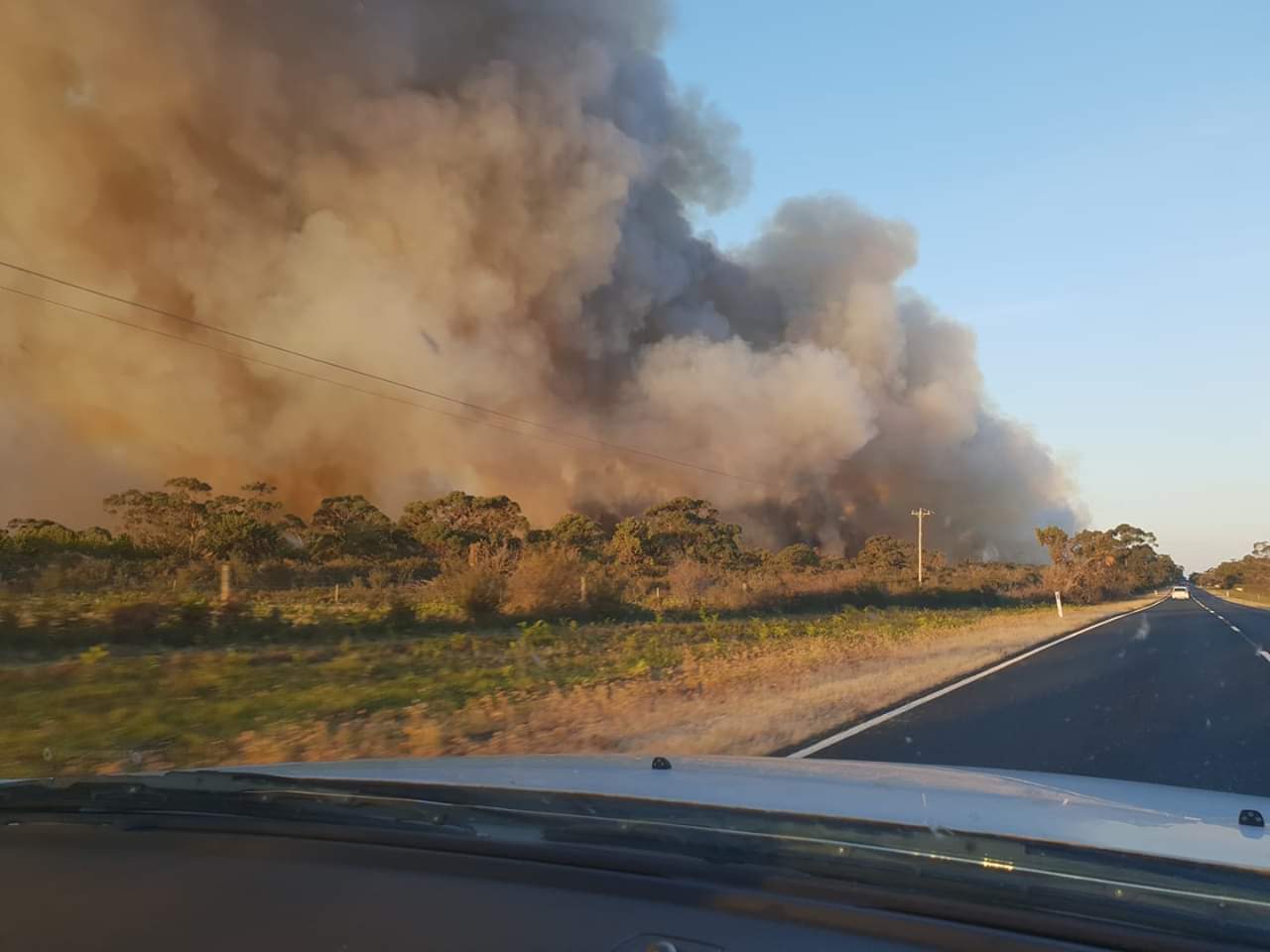 LIGHTNING strikes are thought to have ignited several fires on public and private land in the Wellington Shire area in the past few days.

A fire that burned almost 80 hectares of grazing land and bush by Friday afternoon at Seacombe, near Loch Sport, is still being investigated.

The blaze was brought under control by CFA firefighters and forest fire management crews by noon on Friday, but had spread rapidly and CFA was forced to issue an advice message to ‘stay informed’ to people living in the Dutson Downs, Golden Beach, Goon Nure, Hollands Landing, Loch Sport, Meerlieu, Paradise Beach and Seacombe areas.

People travelling on the Longford-Loch Sport Rd were advised to be aware of emergency vehicles and reduced visibility near the fire area.

Temperatures reached the high 30s in some part of Gippsland on Friday, with wind speeds of about 30 kilometres per hour at their peak.

Crews continued to consolidate earth breaks and extinguish hot spots throughout the day.