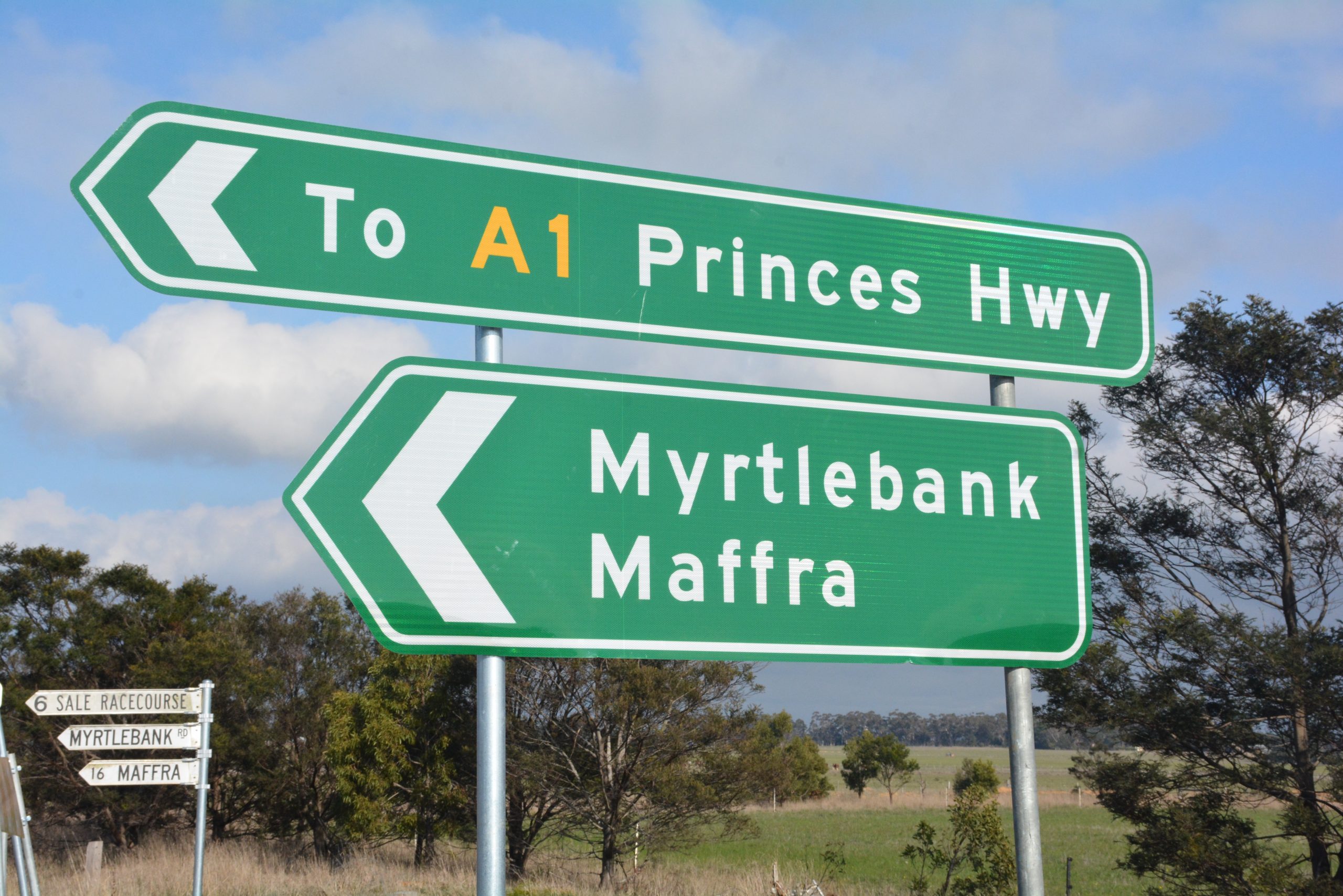 PLANS for an alternative truck route for Sale are nearling closure, with Regional Roads Victoria preparing a submission for the state government for upgrades to road surfaces and intersections.

An RRV spokesperson said the authority had been working with Wellington Shire Council and the community on plans to upgrade the entire 11 kilometre route between the Princes Highway at Sale-Heyfield Rd in Fulham and the highway north of Sale.

It will provide a more efficient truck route and improve safety and traffic flow through Sale by removing heavy vehicles from the town centre.

The plan includes three roundabouts at intersections along the route which will be single lane and 30 metres in diameter to cater for A-doubles and prevent truck roll-overs, and centreline barriers where possible to prevent head-on crashes, as well as rumble strips.

There will also be a four-metre wide sealed shoulder along both sides of the road.

During a five-week period in 2017, RRV (then VicRoads) reached more than 11,000 people online and through face-to face information sessions to hear their concerns about the proposed alternative route.

The spokesperson said project team and engineers were still planning the upgrades and the route, after reviewing feedback, along with technical data.

A summary of the feedback can be viewed at www.engage.vicroads.vic.gov.au/saletruckroute.

Recent accidents have shed doubt on whether the road will cope with increased traffic, given the number of bends and poor visibility at the T-intersection with Myrtlebank-Fulham Rd and Sale-Heyfield Rd.

In November, a truck rolled over and spilled 19 tonnes of cheese on the Myrtlebank-Fulham Rd after failing to negotiate a bend. The driver was uninjured, but it took emergency services almost six and a half hours to right the vehicle and empty the load of cheese by hand.

One month prior, a driver failed to stop at the intersection with Sale-Heyfield Rd and ploughed a vehicle straight through the intersection into the opposite embankment. Luckily, no other vehicles were involved, and nobody was injured.

In March last year, a 51-year-old woman was airlifted to the Royal Melbourne Hospital with fractures, after her car left the road at the Myrtlebank Rd and Sale-Heyfield Rd intersection about 4.30am, and hit an embankment. The car rolled onto its side, trapping the driver.

In March 2017, the Sale-Heyfield Rd at Fulham was closed after an accident at the same intersection.

A 24-year-old man was flown to Melbourne with serious injuries, after a collision between the man’s Nissan four-wheel drive and a truck on the Sale-Heyfield Rd.

Acting regional director eastern Pas Monacella said the authority had been working closely with the council to improve safety on Myrtlebank-Fulham Rd, lowering the speed limit on the approach to Maffra-Sale Rd and installing flashing warning signs in the lead up to the Sale-Heyfield Rd intersection.

A roundabout at the Sale-Heyfield Rd and Fulham-Myrtlebank Rd juncture is also part of the proposal, to improve mobility, safety and traffic flow for all vehicles.

“We’ll continue to work with council to see if any further safety improvements can be made on these roads,” he said.

Updates to the RRV website describes the Sale-Heyfield Rd and Fulham-Myrtlebank Rd intersection as a “road safety concern”, with three reported serious crashes resulting in three people being seriously injured in the past 11 years.

There have also been many reports of near misses.

Myrtlebank-Fulham Rd section is a council-managed road, but through consultation with RRV the speed limit on the approach to the Maffra-Sale Rd intersection has been lowered from 100kmh to 80kmh.

Upgrades are also planned for the staggered T-intersection at Maffra-Sale Rd’s intersection with Fulham-Myrtlebank Rd and Myrtlebank Rd — the largest and busiest on the route, with 7500 vehicles travelling through it every day.

The proposed upgrade would include the realignment of Myrtlebank Rd to form the fourth leg of the intersection.