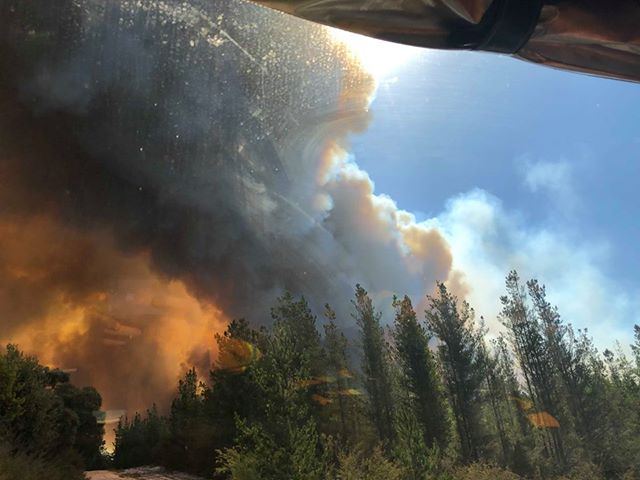 COMMERCIAL beekeepers and farmers who need crop pollination could be affected for decades by the fires that have already burned more than 11,000 hectares of bush around Rosedale and Longford.

Ballarat beekeeper Gavin Jamieson said the loss of Banksias and eucalypts in and around the Holey Plains State Park equated to the loss of a “major resource” that would affect the honey and agricultural industries.

Commercial apiarists pay a fee to the state government to lease state forest so their bees can feed on eucalypts and other flowering plants, but fires most often render parks, forests and farm trees unproductive.

Mt Jamieson, a former Victorian Farmers Federation Beekeeper Branch president and commercial beekeeper, said some trees that were killed at Holey Plains may take as long as 30 to 50 years to return.

He said Holey Plains State Park was a significant pollination source for many beekeepers around the state.

“Beekeepers travel some distances to move their bees around; I myself used to take 150 to 200 hives to that state park because of the Banksia flowers and three or four other flowering eucalypts found there,” he said.

“I’ve called many other keepers around and they are all feeling upset by this fire and the affect it will have on pollinations.”

Agriculture relies heavily on the natural pollination of fruit, vegetables and pasture seed crops, with bees one of the major contributors when they collect nectar and pollen from the flower of a plant.

Mr Jamieson said the frequency of Victoria’s fires in the past 15 years was also causing longer gaps between pollination cycles and shorter flowering times.

“That’s not something you’ll hear much about in the press or from the government, but overall, fires like this have a big impact on bee keepers and honey production,” he said.

Buchan beekeeper Ian Cane said the loss of access to the Holey Plains State Park was an immediate and “long-term” blow to the Victorian bee industry.

“If you were a farmer, it would be like losing a significant part of your farm — you can’t replace it just like that,” he said.

“Some of the heath land may take five to 10 years to regrow, but the Banksias will take much longer and there are some tress that will be lost for decades — that will have a flow-on effect to farmers needing pollination to build crops.”

Mr Cane, the chair of the Australian Honey Bee Industry Council (Resources), said climate change and the increasing likelihood of fires and dry conditions was an ongoing threat to the bee industry and farming.

Holey Plains State Park, between Rosedale and Sale, is home to banksia and eucalypt open forest and woodlands that grow in a series of low sandy ridges.

There are pine plantations in the area that are privately owned.

A 2007 inquiry into the impact of public land management practices on bushfires in Victoria heard that since 2000, fires — including fuel reduction burning — had caused “a huge loss” of beekeeping sites.

There are about 3637 bee sites in the 7.6 million hectares of forests, parks and conservation reserves in Victoria.