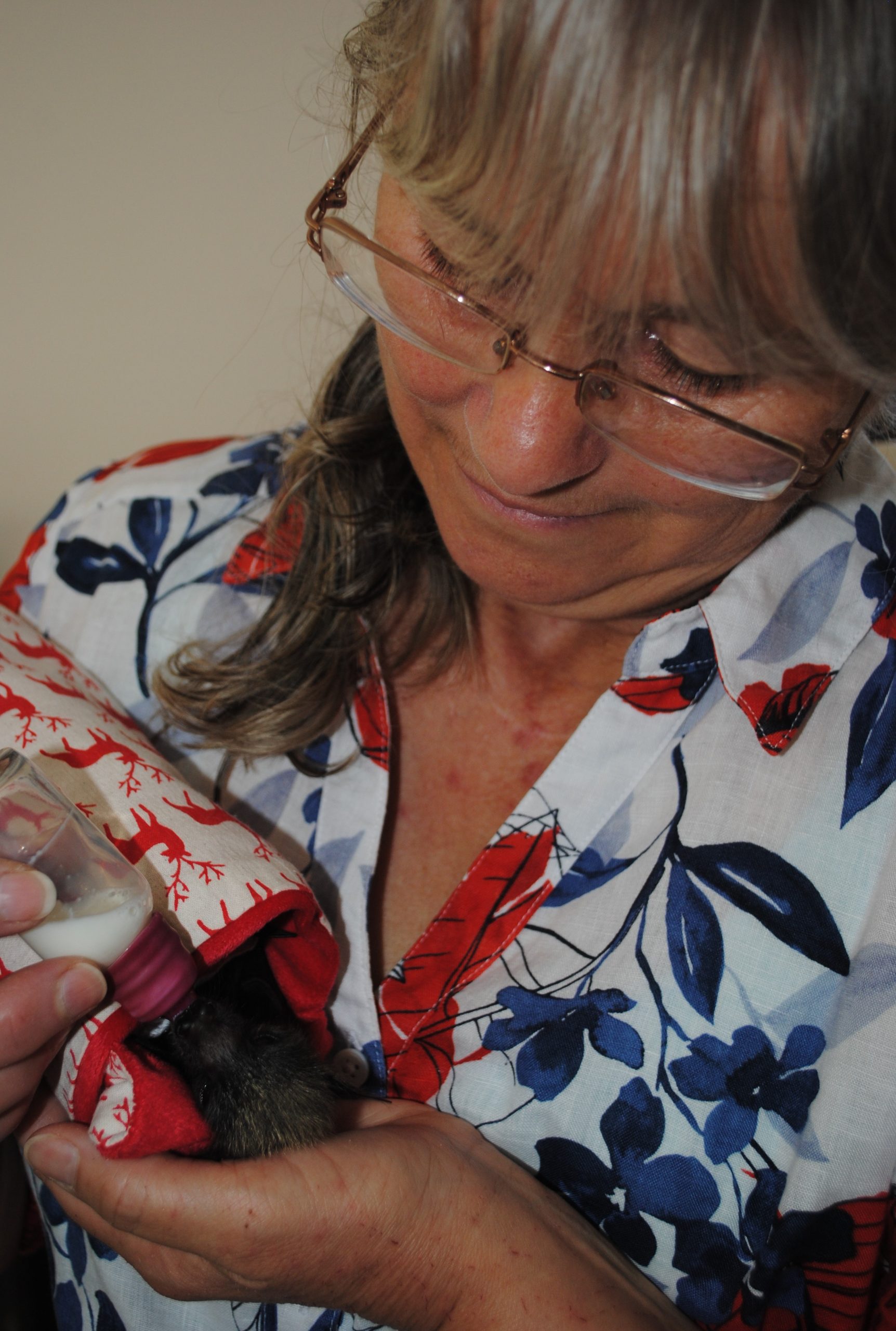 WILDLIFE experts are calling for a coordinated response from land managers during future days of extreme heat following the death of about 2400 endangered grey headed flying foxes in east Gippsland last weekend.

Near Maffra, about 900 of the mammals died from heat stress after several days of consistently high temperatures, while an estimated 1200 perished from a colony in Bairnsdale.

Sale resident and Department of Environment, Land, Water and Planning-registered rescuer Lynne Amore worked through the night with fellow rescuer Catherine Foot last Friday and spent most of the weekend with other volunteers picking up flying foxes “literally dropping from the trees”. The dedicated team had the distressing job of removing tiny bat pups from the dead mothers and taking the dehydrated babies in for rehabilitation.

Ms Amore said DELWP officers arrived to help over the weekend and did “a fantastic job” with the resources available to them, but the situation was overwhelming for everyone concerned in the rescues.

“There is always a need for more registered and properly vaccinated people to help with bat rescues,” she said.

“It was overwhelming and traumatic to see what was happening to these important and exceptionally intelligent and gentle creatures.”

Because there is a small chance — around one per cent — that a bat may carry or be infected with the Lyssavirus, it is a department requirement that anyone involved in assisting with bat rescues is vaccinated and has had a recent blood test to check their resistance levels.

Mr Pope is calling for DELWP and other land managers to coordinate a statewide action plan that included improved response times to reduce further bat deaths and the implementation of strategies to protect the animals when temperatures are expected to be consistently in the high 30s. That strategy would involve an immediate call out to vaccinated rescuers and carers, the placement of an officer on site to monitor the situation and coordinate efforts, and the exclusion on all members of the public from the vicinity of the colony.

He said every colony site around the state coped differently with the heat, and the bats’ survival was often dependent of the type of shade, extent of the forest understory, and proximity to water.

“We had no fatalities at Yarra Bend, two at Geelong, and so many in Gippsland,” he said.

“That tells me there needs to be a swift and coordinated response in Gippsland.

“Flying foxes are essential for the regeneration and pollination of our forests, and we must do what we can to protect them or they won’t be here next century,” he said.

Mr Pope said flying foxes were an umbrella species that were a crucial part of the ecosystem, but were being decimated by loss of habitat and unmanaged heat events.

Temperatures soared to around the low to mid 40s in Bairnsdale and Maffra on Friday and remained extreme over the weekend.

“We are continuing to monitor the colonies and weather patterns,” he said.

“We are always concerned about any impact on protected wildlife.”

He said while heat events were “natural”, flying foxes were not equipped to deal with prolonged temperatures in excess of 40 degrees Celcius, especially when the heat is accompanied by low humidity and hot drying winds, as was experienced on Friday.