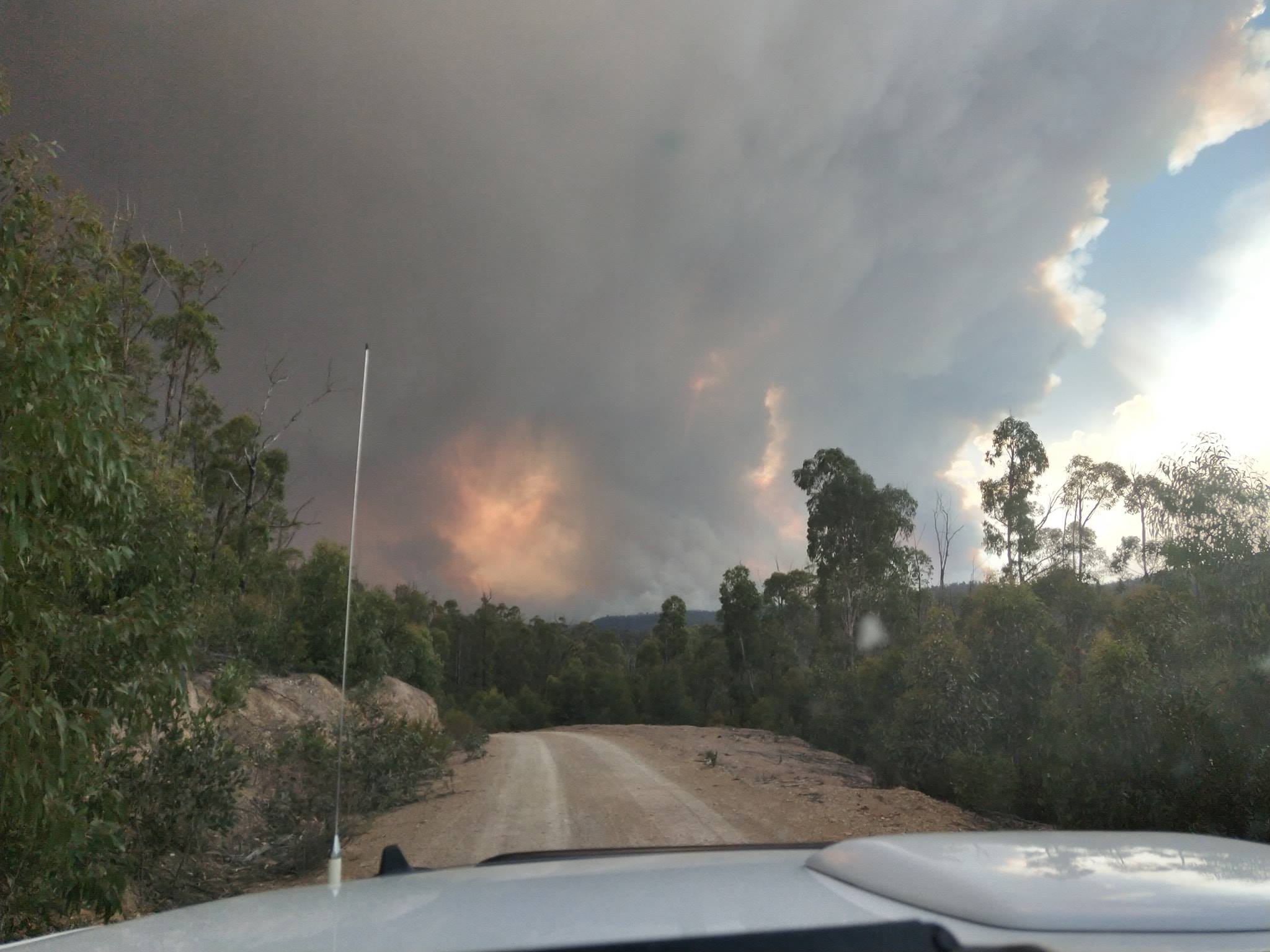 FIRE fighters are warning residents around Heyfield, Cowwarr and Toongabbie to stay informed, as a fire raging between Walhalla and Cowwarr was still not under control.

As of Monday morning’s publication deadline, the 8525 hectare fire was not under control.

Helping crews, significant rain fell on the fire over Sunday night, and there is currently no active fire edge.

Department of Environment, Land, Water and Planning has confirmed there was “currently no risk” to people, but advised residents to stay informed and monitor the conditions.

Smoke will be visible from nearby communities and roads.

On Sunday night, it was an incredibly close call for the historic township of Walhalla.

A large convection column whipped up in the middle of the fire on the town’s outskirts, sucking up debris and sending it flying.

Winds, estimated to be travelling more than 100 kilometres per hour, travelled in every direction, creating a mammoth task for the firefighters on the ground to keep things under control.

While the main fire did not impact the township, spot fires caused severe issues for firefighters.

There were numerous fires at the Long Tunnel Extended Mine, on the Cricket Ground Track, and in the Stringers Creek East Branch.

It is understood one building — an original gold era cottage above the tram way on the western side of the valley — has been destroyed.

Toongabbie and Cowwarr primary schools were closed on Monday, but will reopen Tuesday, although some road closures are still expected to affect school bus routes.

A fire 3km west of Licola Rd, Glenfalloch, is contained, but not yet under control.

A bushfire information bus is located at the Toongabbie Recreation Reserve.

For information on road closures visit the VicTraffic website or phone 13 11 70.

For more information on preparing for bushfires visit www.cfa.vic.gov.au/plan-prepare.