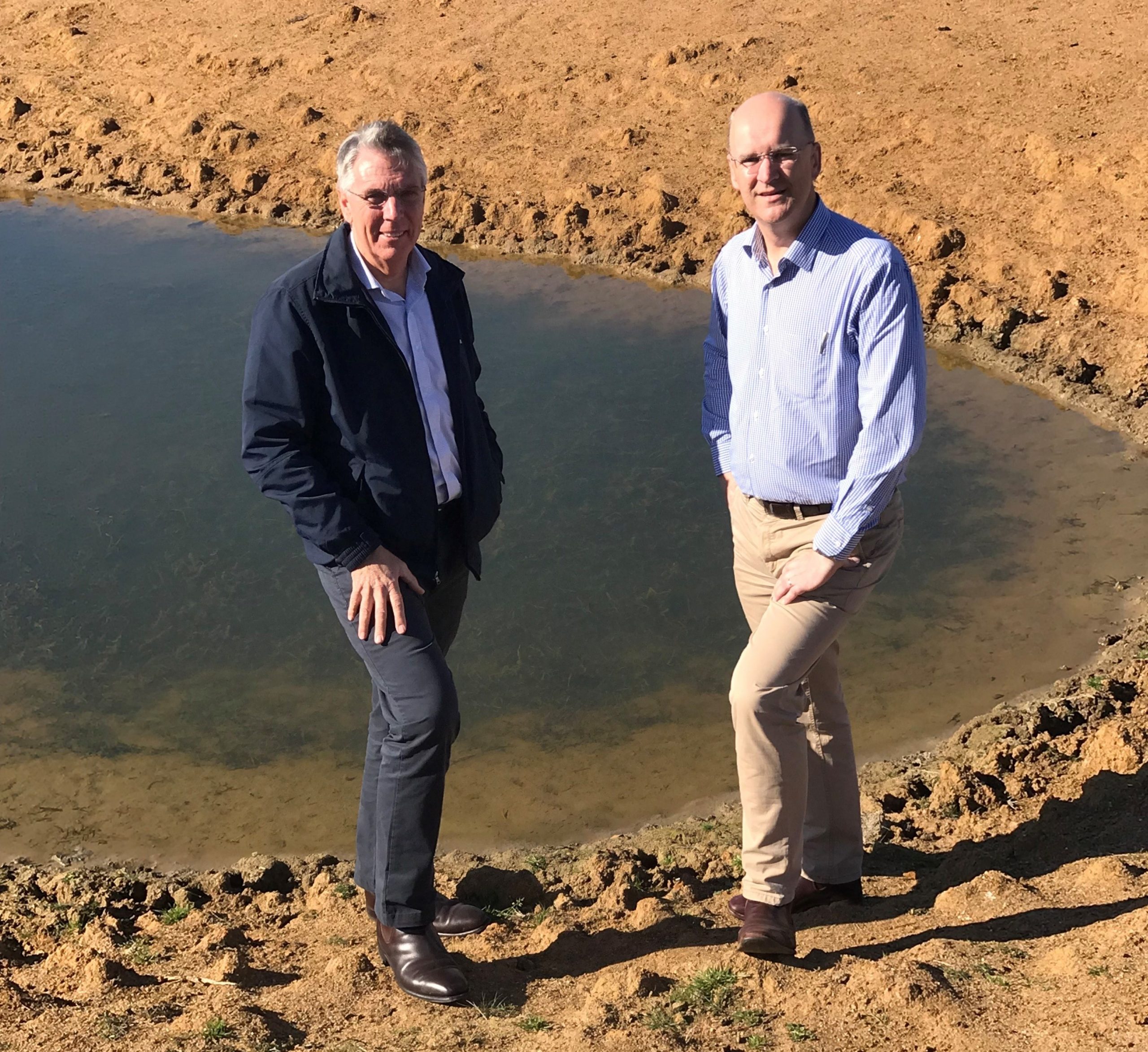 THE state government will be asked to increase the status of drought in Wellington Shire.

The Premier and minister will be asked for an immediate escalation of the status of drought in Wellington Shire from “moderate” to “severe” as outlined in the Victorian Drought Preparedness and Response Plan. The move would provide freight and fodder subsidies and other forms of financial assistance to the farming community.

If the motion is passed, the mayor will also request Regional Development Victoria to research into the affect of the drought on Wellington’s retail, commercial and hospitality industries. The findings would be used to develop programs which support these sectors.

It comes as three local members of parliament have already written to Minister Symes requesting she sign up to the $50 million federal government water infrastructure rebate scheme as soon as possible.

Gippsland MHR Darren Chester said the worsening affect of the drought was taking a toll on farming families and putting communities under extreme pressure.

“I’ve been meeting with farmers and agricultural industry representatives across Gippsland. They’ve been telling me that one of the major issues they are facing is access to on-farm water,” Mr Chester said.

“There’s no news yet on whether the Victorian government has signed up to the $50 million On-farm Emergency Water Infrastructure Rebate Scheme. As this drought worsens, the implementation of this scheme is becoming increasingly urgent.”

Primary producers, property owners, share farmers and lease holders in a drought-affected area can apply for the rebate to new water infrastructure for grazing livestock and to improve drought resilience.

Gippsland South MLA Danny O’Brien said farmers in New South Wales had been able to apply for the rebate since January 14.

“I can’t understand why the Andrews government is taking so long to sign up to this scheme, which was announced by the federal government last October,” he said.

“Our farmers are crying out for help. There is help available, but while primary producers in NSW are drought-proofing their properties, the Andrews government is dragging its feet.

“There’s no time to waste. Our farmers need their government to accept the help on offer and accept it now.”

“Farmers are telling me they need help with fixed recurrent costs such as municipal rates, which fall due in February,” he said.

“But some also need a hand to get water to their livestock now, while others are planning ahead and want to invest in their properties so they can endure the next drought. That’s what the water infrastructure rebate scheme will help them to do.

“The drought is worsening in Gippsland and the Victorian Premier and Agriculture Minister need to come here so they can fully understand the gravity of what our farmers are facing.”

Minister Symes said the state government was focussed on providing lasting on-farm drought infrastructure, which would help farmers deal with the current drought and prepare for future droughts.

“We will continue to work with farmers to sure up their water security,” she said.

“We responded immediately when much of western Victoria was in the grips of extreme drought in 2015, stood side-by-side with dairy farmers to offer support during the global dairy price down-turn and we’re working hand in hand with farming communities in Northern Victoria and Gippsland now with ongoing drought conditions.

“We will give due consideration to the letter from Wellington Shire Council, but rates are squarely a matter for local councils and we are conducting our own review at this time.”

State Water Minister Lisa Neville said the government welcomed the new fund and called on the Commonwealth to “back much-needed Victorian initiatives after refusing to fund our projects in the past”.

“Victoria will apply for funding towards projects in Werribee, Bacchus Marsh, East Grampians and Mitamo, which we are already supporting as part of our billion dollar investment in rural water security,” she said.

“Victoria has a solid plan to deliver water infrastructure grants for farmers, and we will always consider new measures and partnerships for water security.”

According to the state government, more than 1400 drought-affected farmers have received payment or been approved for payment of a grant of up to $5000 to help them implement infrastructure to improve drought management and climate change preparedness.

From May 1 until January 16, 106 technical and decision-making support activities for farm businesses, engaging over 1995 farmers and 539 service providers, have been conducted. In the same period, 40 one-on-one consultation sessions have been completed in central and east Gippsland.

The state government is working with its federal counterpart on feasibility projects for water pipeline works to improve agricultural productivity across Victoria. It is also delivering six modernising irrigation systems.