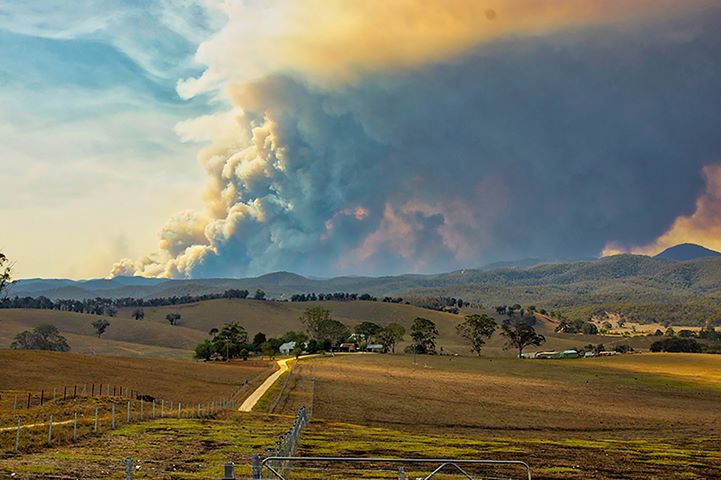 FIREFIGHTERS and several communities across Wellington Shire were on high alert over the weekend, as several fires burning across Gippsland spread rapidly in the hot, dry conditions.

As a result, several services and roads have been closed across Gippsland as the threat continues.

On Sunday night, an out of control bushfire that sparked about six kilometres from Licola and was 14km north-west of Valencia Creek by Monday morning prompted an advice warning that included the shire communities of Boisdale, Bushy Park, Briagolong, Newry, Stratford, Tinamba, Tinamba West, Glenmaggie, Heyfield, Perry Bridge, Riverslea, Stockdale and Fernbank.

At the time the Gippsland Times went to print Monday morning, it was unclear whether the schools would remain closed any further into the week.

Across the south-east, a total of 38 schools, 27 early childhood centres and numerous bus routes were shut.

It is believed the Licola fire was initially started by lightning, but hot winds throughout Sunday quickly produced dozens of spot fires, with ash covering roofs as far as Stratford.

Although the predicted strong overnight winds did not eventuate, by Monday morning the bushfire had burned 17,000ha and was travelling  slowly in an easterly direction.

Fifteen people affected by the Licola fire sought shelter at the shire’s relief centre at the Baptist Church, Cobains Rd, Sale, on Sunday, with nine staying overnight with their pets, including rabbits, cats and dogs.

As they have done in previous emergencies, Sale Greyhounds and the Sale Agricultural Society opened their facilities for animals from affected properties.

The Licola blaze is just one of multiple fires burning across Victoria’s south-east.

A warning alert still remains in place for many residents across Wellington Shire.

The hot and windy conditions are forecast to last until Wednesday, when rain is expected to help reduce the severity of fires.