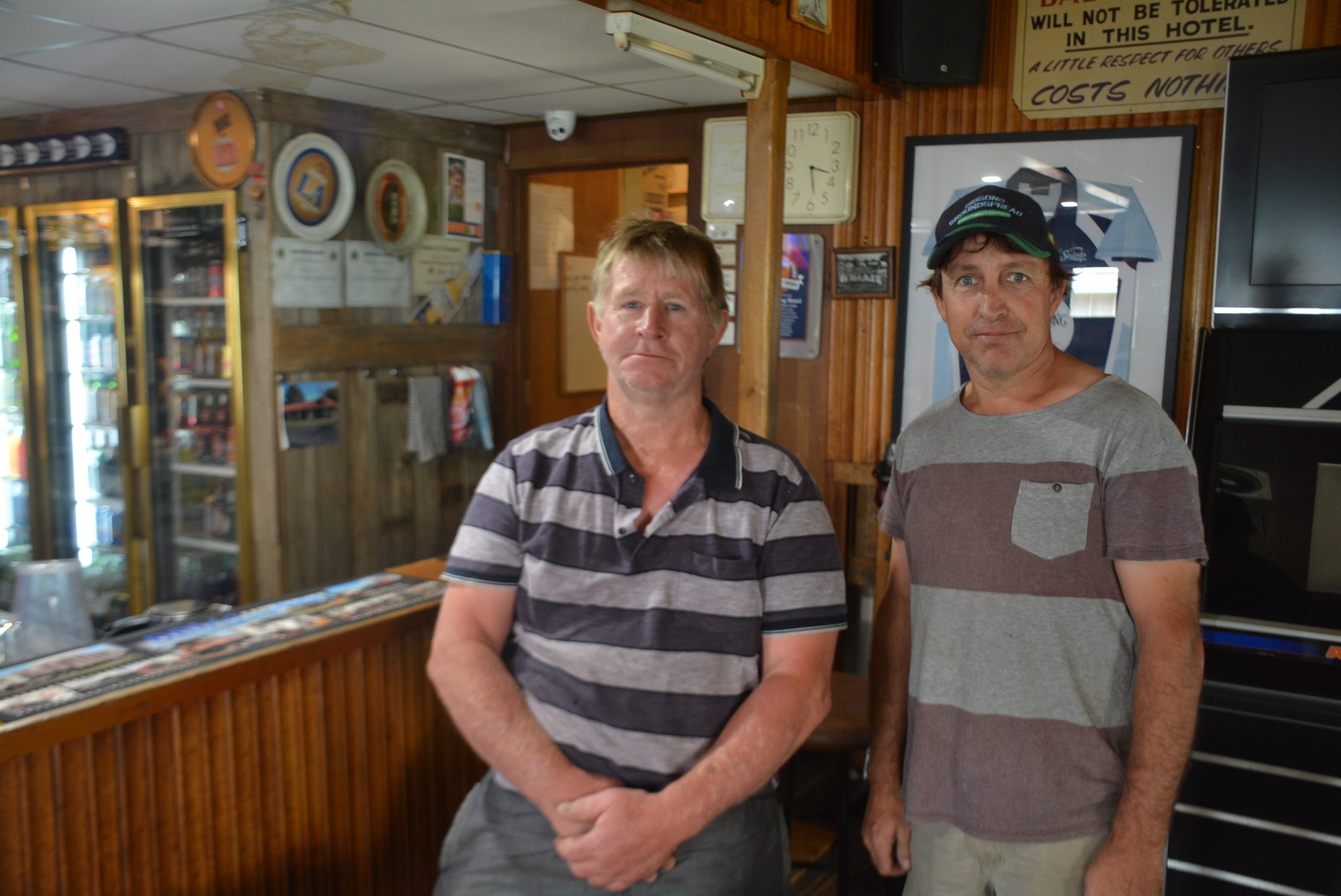 RESIDENTS close to bushfire areas have been playing a familiar waiting game.

On Monday, ash rain overnight layered Briagolong in a thin coat of dust, and the still air was thick with orange smoke.

Because of the imminent fire threat, Briagolong Primary School had closed its doors, and an eerie silence hung over Church St during what would have been the busiest time of the day.

In contrast, across the road, a steady stream of foot traffic poured from the CFA community engagement bus, parked at the Mechanics’ Institute, while volunteers in their yellow uniforms climbed all over bright red tankers at the CFA station.

Things were calm but cautious inside the Briagolong Hotel, as publican Mark Landy sipped water at the bar.

With a fire threat still looming during the long weekend — a time that usually brings plenty of out-oftowners for camping and sightseeing — Mr Landy predicted slow business.

“It’s happened before,” he shrugged.

The dairy farmer had finished cleaning his gutters at home and at the pub in preparation, and said if conditions changed for the worst, he would shift his cattle, and then head off to the pub to defend it with buckets and mops.

“The cows are on the green, so we’ll probably shift some younger stock,” he said.

“There’s less grass in the paddocks this year.”

Mr Landy said he didn’t think he could do much else other than keep an eye on the VicEmergency alerts.

Mr Faulks has owned the rustic retreat in the wilderness of Woolenook, 14 kilometres north of Briagolong, for the past 12 years, and saw the 2009 Black Saturday fires.

“I remember his [Mark Landy’s] mother telling us when we first moved there’s a major fire every 40 years,” he said.

With a full house booked in this weekend, he said if he had to cancel the  bookings, it would cut into margins, but planned to phone guests on Wednesday to make them aware regardless.

“Where we are, you can’t see what’s coming behind you.”

He said he would definitely evacuate if he had to, but if the guests and himself couldn’t get out in time, there were open paddocks nearby with a dam.

“We’ve evacuated before — at the last fire at Seaton, we told people to leave,” he said.

“There’s a fire bunker up there, but people suffocated in bunkers on Black Saturday.

“We didn’t evacuate on Black Saturday — we were new to the area and didn’t really know the severity of the fires.

“You just can’t defend it, it’s impossible — it’s just not worth it.”

On Sunday, Valencia Creek CFA Brigade captain David Montague assured his community it was a road they had all travelled together before.

“What we do know is that we’ve been living in this district, for most of us, for a fair old while, and we have had about six dress rehearsals since the Caledonia fire in ’97,”he told a packed out Valencia Creek Hall.

“We should be getting good at this — it still feels terrible.”