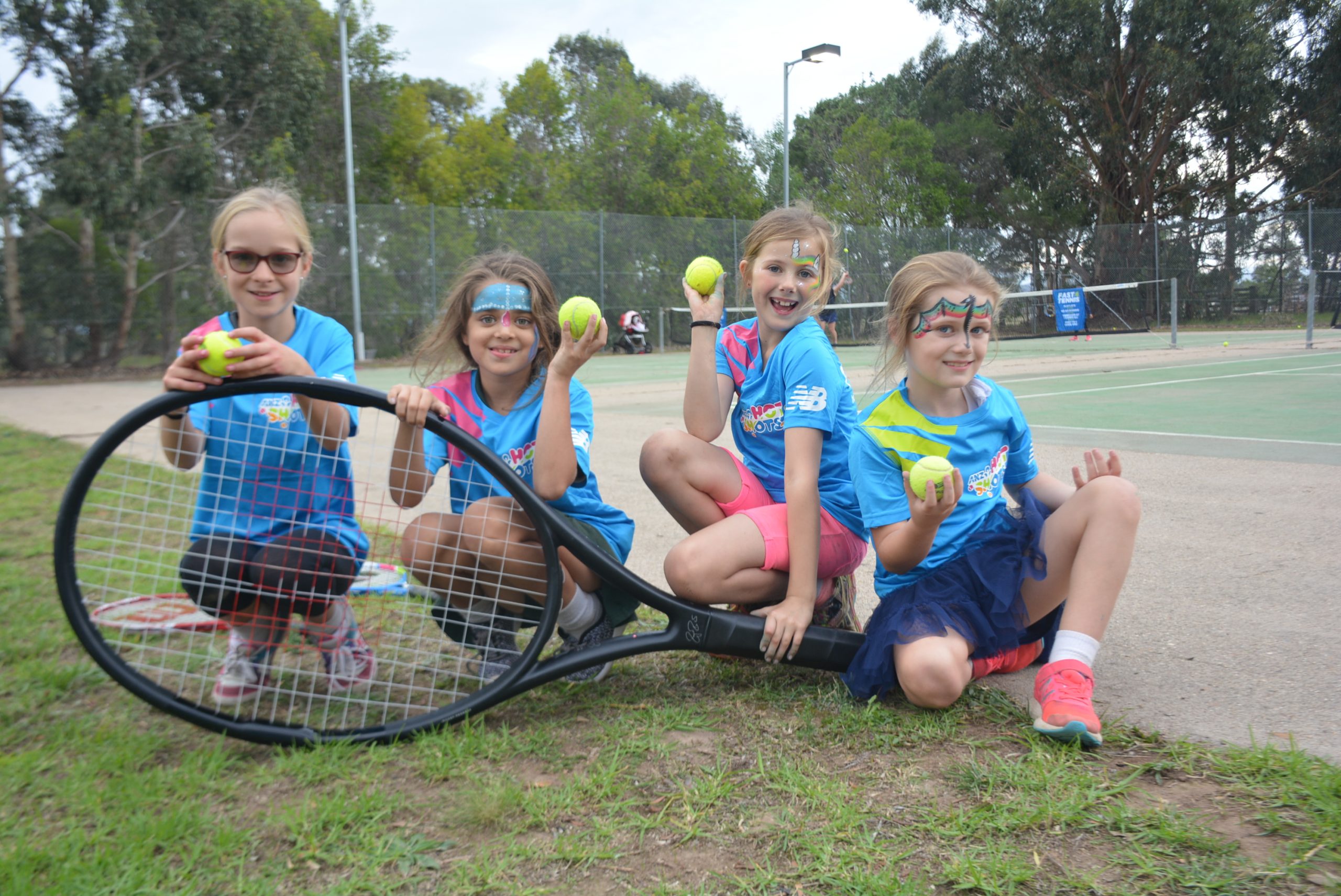 THEY smashed, they served, they volleyed, but, most importantly, they laughed.

More than 100 people turned up to Briagolong Tennis Club last Wednesday night, as part of a community evening to get minds off the area’s drought and recent fires.

Briagolong was one of eight tennis clubs across Australia chosen by Tennis Australia to host a drought relief event, to encourage communities to come together, have fun and remind people they are not alone during times of adversity.

The little club – which competes in the Wellington Gippsland Tennis Association Monday ladies competition, fielded three junior sides in WGTA Saturday pennant and hosts its own Tuesday night social competition – had to cancel tennis twice in the past few weeks, because the danger the Licola bushfire posed and the thick smoke that clogged the air.

But on Wednesday night, you wouldn’t have picked it.

Children with painted faces and dressed in Hot Shots blue ran amok between courts, as free tennis racquets and tee-shirts were handed out.

The smell of barbecue was the only thing that could entice people from the courts – that and to have a quick boogie to the live music.

Australian tennis legend and former Davis Cup captain John Fitzgerald was on hand, fielding questions about the glory days and to help tweak anyone’s technique, should they need it.

Born in regional South Australia, Fitzy, as he is affectionately known, understood the importance of providing opportunities to bring people together through sport in rural towns across Australia.

“The drought has exacted a huge emotional toll on farmers, their families and whole rural communities,” Fitzgerald said.

“Sport is so often the lifeblood of country towns and plays a vital role in these communities. It played a major role in the social fabric of the community and was quite often central to gatherings.

“If we can help provide some light relief and bring people together through tennis, particularly when there is such hardship, then hopefully we can make a difference and have a positive impact on the lives of these hard working people.”

“It’s about community coming together to relax, not about learning to play tennis,” she said.

“Everyone’s really happy just to come and casually have a hit.

“We’ve put it on at the same time as footy training, so the football and tennis are just coming together as one.

“It’s been a huge effort from Tracie at Briagolong Tennis Club to make sure this event went ahead for her club, and for the community to get around it.

“For everyone to buy into it, come along and just enjoy having tennis here, having Fitzy here, having a barbecue and music into the night … everyone can just relax.”

Briagolong Tennis Club president Tracie Binger said it was great to see everyone more relieved, now the fires had been declared contained.

“We were on a Watch and Act, so we couldn’t have people coming into our town for that reason,” she said.

“But now, everyone’s out having a good time.”

Binger spruiked the success of the junior program, with all three sides making WGTA finals this year.

“This year, we’ve had a coach come in – Alecia Dignan from Maffra – and our junior teams made finals, so it’s been pretty successful,” Binger said.

“We’ve got just as many teams playing juniors as what bigger clubs have playing.

“We’re hoping next season to get a seniors team together.”