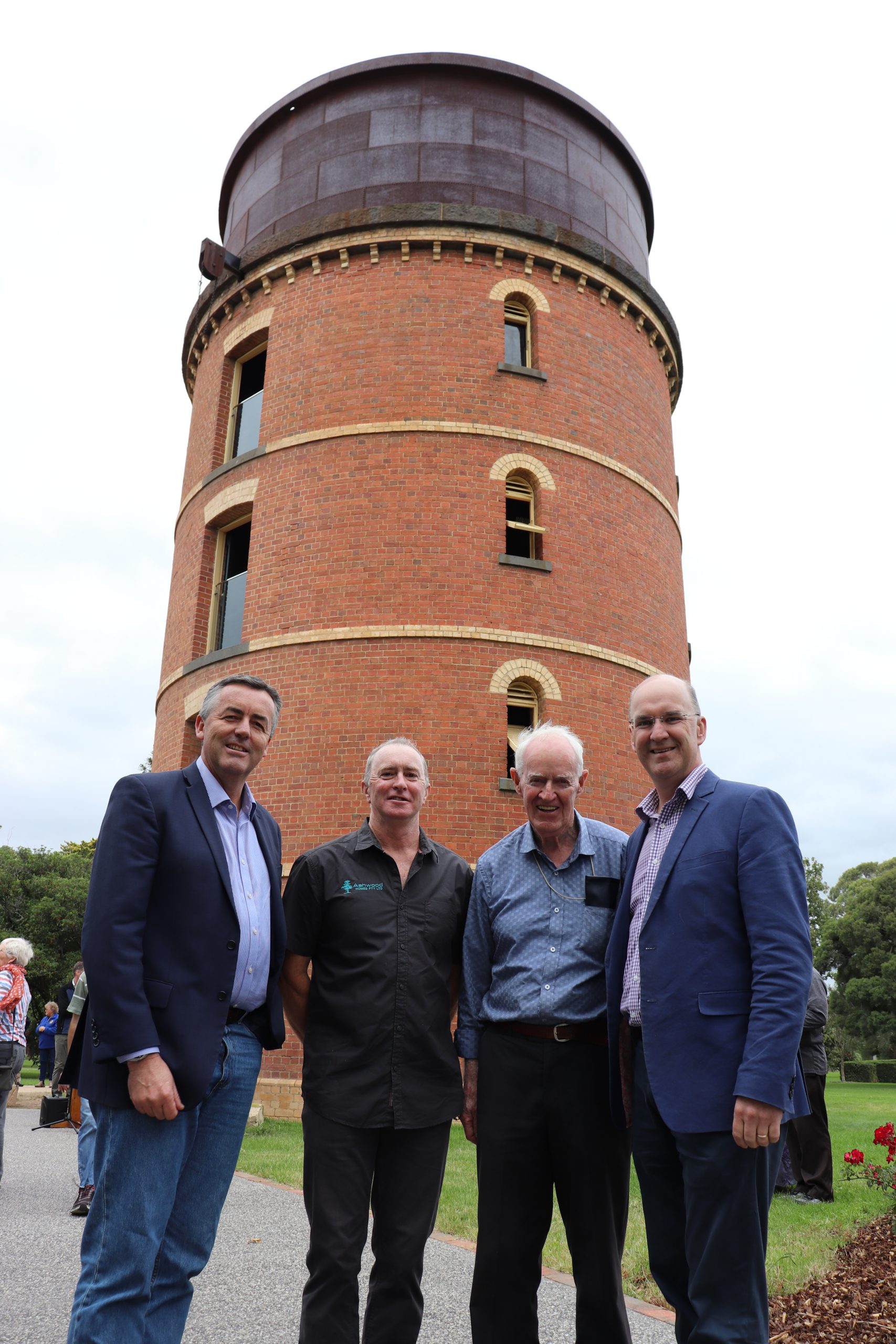 SALE’S newest attraction, the Water Tower Museum and Observation Deck, opened to the public on Saturday, after being restored by a dedicated team led by historian Peter Synan and Brian Castles.

Prior to the renovations, the derelict building had suffered damage from vandalism and fire, but has now been refitted with four floors and an observation deck with views over Sale.

To be true to the building’s past, almost everything in the original building has been retained and refurbished, with only the floorboards, damaged by rotting, completely replaced for safety.

The enduring monument to Sale’s early beginnings displays detailed story panels that recall Sale’s history, and some of the relevant historical figures who played important roles in Sale’s growth.

The Victoria Park building was originally designed by Longford Swing Bridge designer John Grainger, and Johann Niemann, a pioneer in early artisian water systems, before being constructed in 1888.

The former Sale council was the first municipality in Australia to trial artesian water as a public water supply.