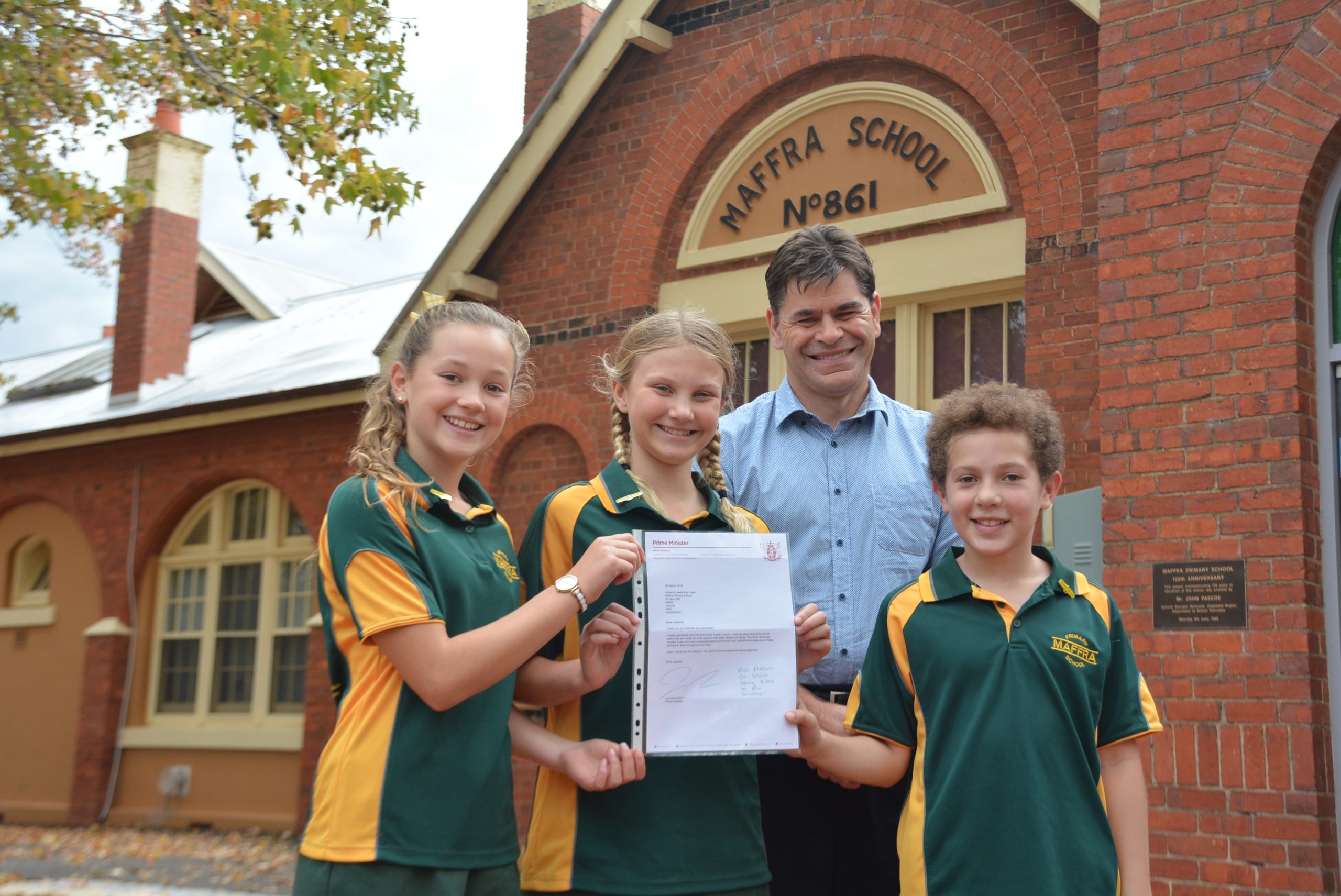 Imagine the surprise of Maffra Primary School leadership team, when after they penned a letter of support to the Prime Minister of New Zealand, she actually responded.

Rocked by the mosque shootings that took place in Christchurch in March, where 51 people were killed and 50 others injured, school captains Emily Johnston and Jesse Heron and vice-captains Charli Cameron and Douglas Hore felt compelled to do something to help.

They decided to write a letter to New Zealand Prime Minister Jacinda Ardern, to express their sorrow and support.

“We are sorry that the New Zealand shootings occurred, and we hope that in the future the world we live in will be a nicer, more peaceful place,” their letter read.

“At Maffra Primary School, we work together so that every person feels welcome and cared for. We wish it didn’t happen and we are thinking of you and your country in these sad times. We think you are doing a terrific leadership job and other people in Australia and New Zealand can look up to you.”

Each member of the leadership team signed it, before staff and students from years three to six also signed it, and it was sent off to New Zealand via snail mail. Within two weeks, a reply was received, from the desk of the Prime Minister herself.

“Thank you so much for your kind letter,” it read.

“I really appreciate you taking the time to get in touch – hearing about how your school welcomes and cares for every person has really helped me today. You have obviously created a very kind and compassionate environment, and I would encourage you to keep working at that throughout your lives.”

A small handwritten note scribbled on the page reads, “PS please do keep being kind to one another”, and is signed by Ms Ardern.

Emily said she had seen what had happened on the news.

“We wanted to show our sympathy for the shooting and what had happened there, and to help them through this hard time,” Emily said.

“It’s just crazy that this happens, and there’s actually people out there to do this.”

They didn’t expect a personal response, so they were excited to hear from the PM.

“I thought we would probably get one, but it would say, ‘thank you for your letter, Jacinda can’t write back’ … I didn’t expect her to actually take the time out of her day and send one herself,” Charli said.

“I hope she was excited and happy that someone was looking out for her and her country,” Emily added.

The group said the experience had reinforced they should always be kind.

Principal Matthew Currie said the original letter was entirely worded by the students, and the only input staff had was a little bit of correction, and signing it before it was sent.

“It’s about giving them a chance to understand that they can have a voice and impact, and that’s something we’re really trying to promote as a school – that real authentic student voice, so they feel they can make a difference,” Mr Currie said.

Mr Currie said the school tried to install its values of ‘step up, bounce back, take care, be kind’ in all the students.

“It’s all very well to say those things, but how do you actually live it? What behaviours can you show every day? This [letter] was a little example,” he said.

He added he was extremely proud of the students.

“How can you not be proud of them,” he said. “I think every student here is amazing, but when they do stuff like that … it’s just awesome.”