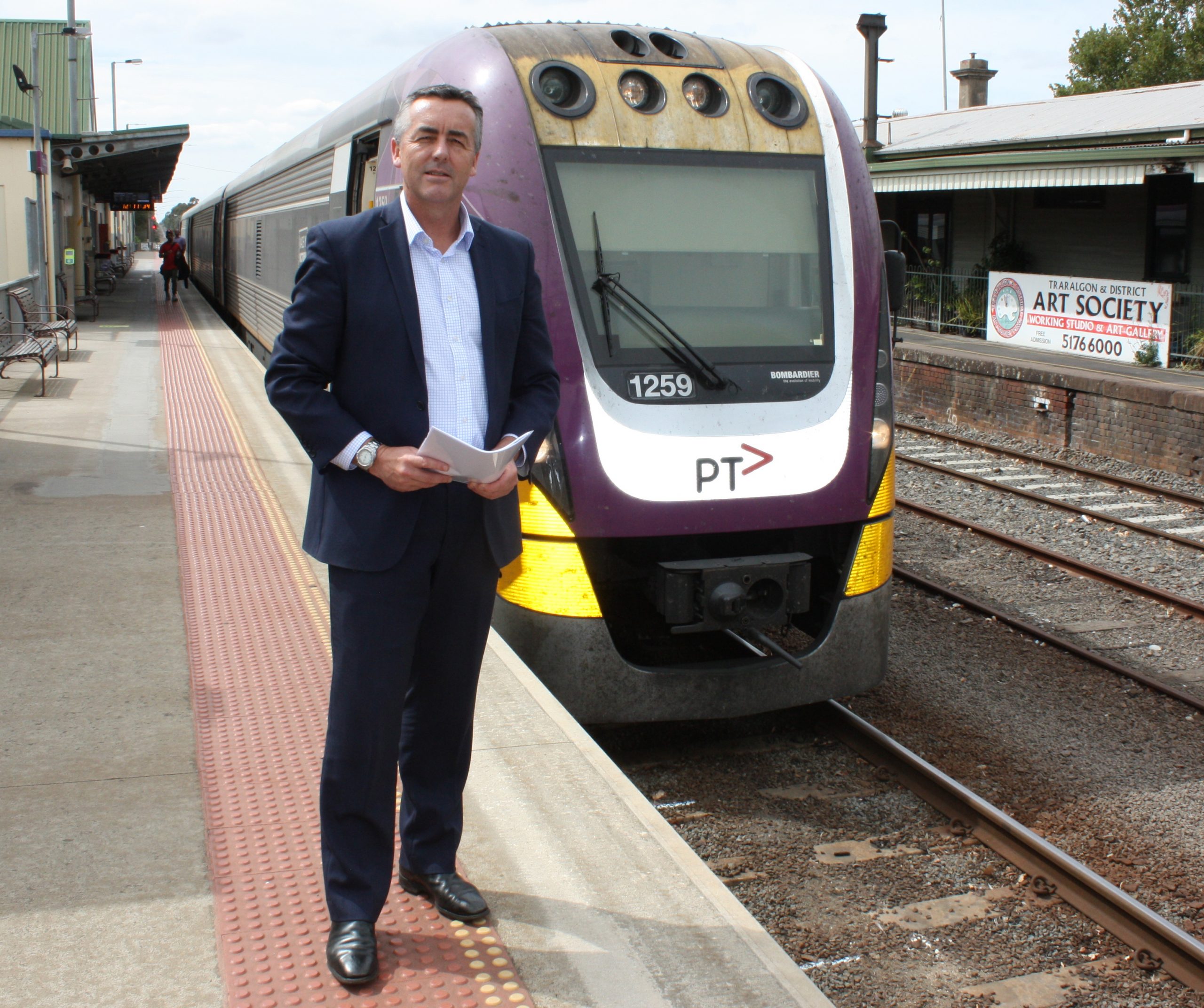 Mr Chester helped secure $504 million in federal government funding when he was Infrastructure and Transport Minister, toward a $530 million rail infrastructure upgrade.

He said Gippslanders were keen to see the works completed so they could enjoy faster train services linking towns in the region.

“I have written to the federal and state transport ministers seeking an urgent update regarding the time frames to complete this work,” Mr Chester said.

“Better rail connections and improving the frequency, reliability and speed of the Gippsland train service is a key local issue and has been raised many times by the local councils in my electorate.

“Deputy Prime Minister Michael McCormack, who is also the Minister for Infrastructure, Transport and Regional Development, was in Gippsland and heard first-hand from local community leaders about the importance of the Gippsland rail upgrades to improve local train services.”

Mr Chester said while the federal government had committed the bulk of the funding, train services and rail infrastructure belonged to the state government, and the project management fell entirely within the jurisdiction of the state.

He called on federal and state transport ministers to do all they could to see the works expedited for completion as quickly as possible.

“The funding was allocated in early 2017, but we haven’t seen a lot of progress on the ground, which is leading to growing angst within my community.”

According to Regional Rail Revival Gippsland, the project has already delivered benefits to passengers on the Gippsland line, with upgrades to level crossings between Sale and Bairnsdale allowing VLocity trains to run to Bairnsdale for the first time.

It says the upgrade will enable extra off-peak services as track duplication, a crossing loop extension and second platforms at stations will provide more opportunities for trains to pass each other.

Improvements to accessibility and amenities at these stations will also be made to give passengers better journeys.

Train detection upgrades at level crossings along the line will improve safety for motorists and train passengers.

Upgrades to drainage structures will mean trains can continue to operate efficiently and improve “infrastructure resilience” along the Gippsland line.

The new Avon River bridge will allow trains to travel at up to 90kmh in this section.

Regional Rail Revival Gippsland says the project will create more than 400 jobs, and Rail Projects Victoria will establish a local project office in the Latrobe Valley.

Its website states construction on the corridor works of the Gippsland Line Upgrade is expected to begin in late 2020, and is targeted for completion in late 2022.