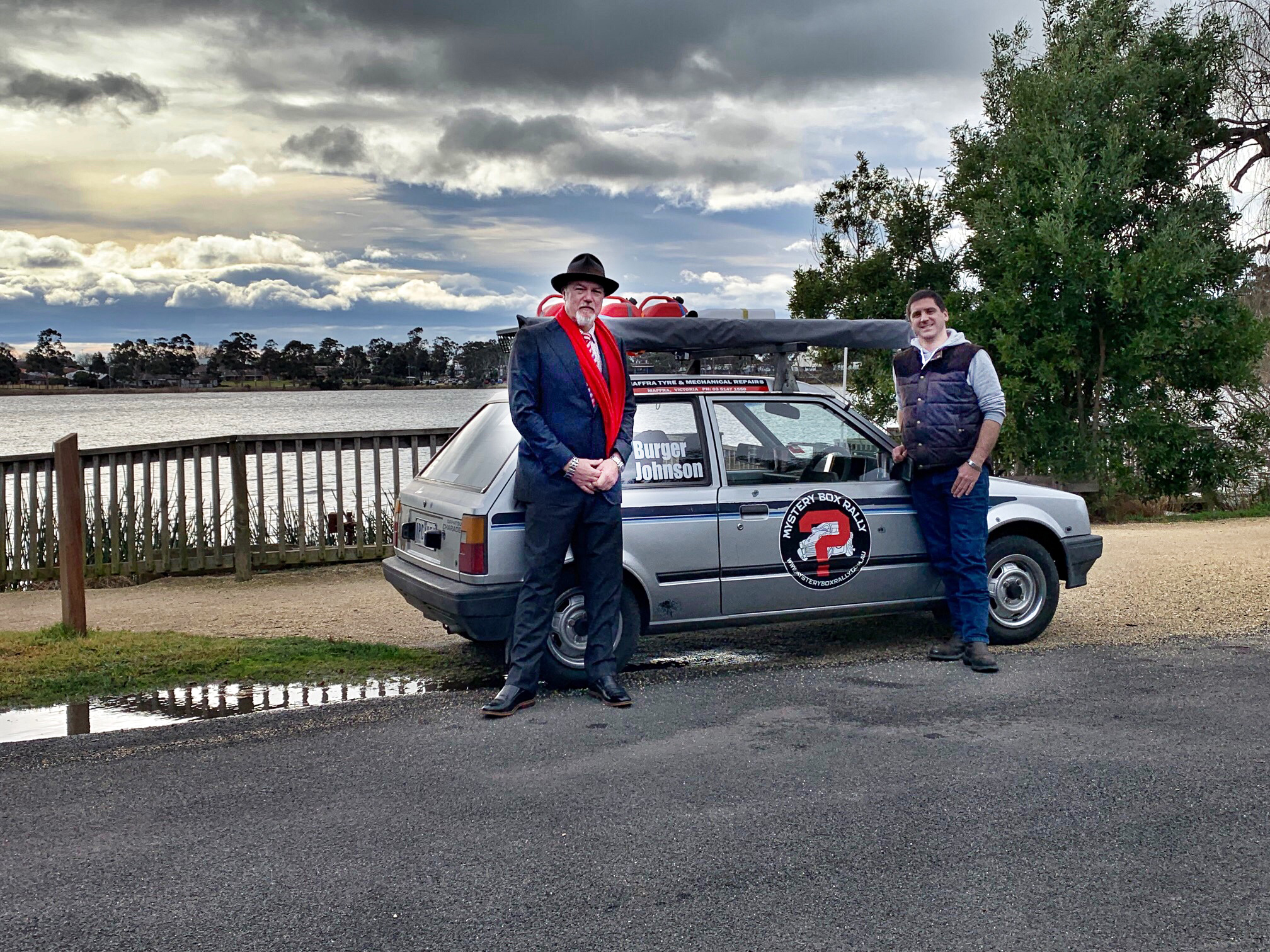 TWO local men are gearing up to test their endurance driving skills in the 2019 Mystery Box Rally, behind the wheel of a quirky vehicle not exactly known for its brawn.

Sale’s Tom Burger and one of his best mates Murray Johnson from Briagolong paid $200 for a 1983, three-cyclinder Diahatsu Charade, and will compete as the

The Mystery Box Rally is one of the largest community-led fundraising events for the Cancer Council in Australia, and has raised more than $3.5 million in the past six years.

One of the requirements for participation is to raise a minimum of $3500, which the pair have already passed.

So far the dynamic duo’s tally is almost $13,000, but Tom said they were hoping to increase that, and are offering corporate panel space for companies keen to be part of their journey, which begins on August 17.

“We have been blown away and humbled by the generosity shown by our friends, family, work colleagues and the community in supporting us and the cause,” Tom said.

The pair will drive their 36-plus-year-old car along a mystery route in a unique, five-day challenge starting in Byron Bay later this year, all in the name of cancer research.

They’ve made a few modifications to the car, and Tom said it’s now “sitting pretty close to the ground”.

“We like to think that we are both technically capable and will be able to do any necessary running repairs. We are really looking forward to the adventure.”

The rally is a colourful, unpredictable adventure with participants travelling at their own pace in smaller groups. Vehicles often break down, but organisers said they “never leave anyone behind”, and each night was spent camping beneath the stars and celebrating the day’s achievements.

While it sounds like fun, the ride means much more to Tom and Murray than just a jaunt with a mate.

Both have first-hand experience of how cancer can impact families.

Murray was diagnosed with bowel cancer in January 2017, and has been through a series of treatments, including radiation, chemotherapy and operations in mid-2018. With the support of his wife Andi and his four daughters he fought hard and says he is currently “fighting fit and all clear”.

Tom had a small scare with a tumour in his appendix in May 2017, and said his main inspiration for taking part in the rally is his mother-in law Arlene, who battled with pancreatic cancer for nearly two years before dying in August last year.

“Undergoing a large operation and a significant number of chemotherapy treatments, Arlene showed an immense fighting spirit and never stopped fighting until the very end,” he said.

The men say those experiences had impacted their friends and family in different ways, and has been the motivation for them to raise money for the Cancer Council.

“What better way than driving a little $200 Daihatsu Charade around the country,” said Tom.

They are hoping the community can get on board to support them and follow their trip.

All funds will go to the Cancer Council and both say they are extremely proud to be doing their part to support such a worthy charity.

To support Tom and Murray in their quest, go to their page.