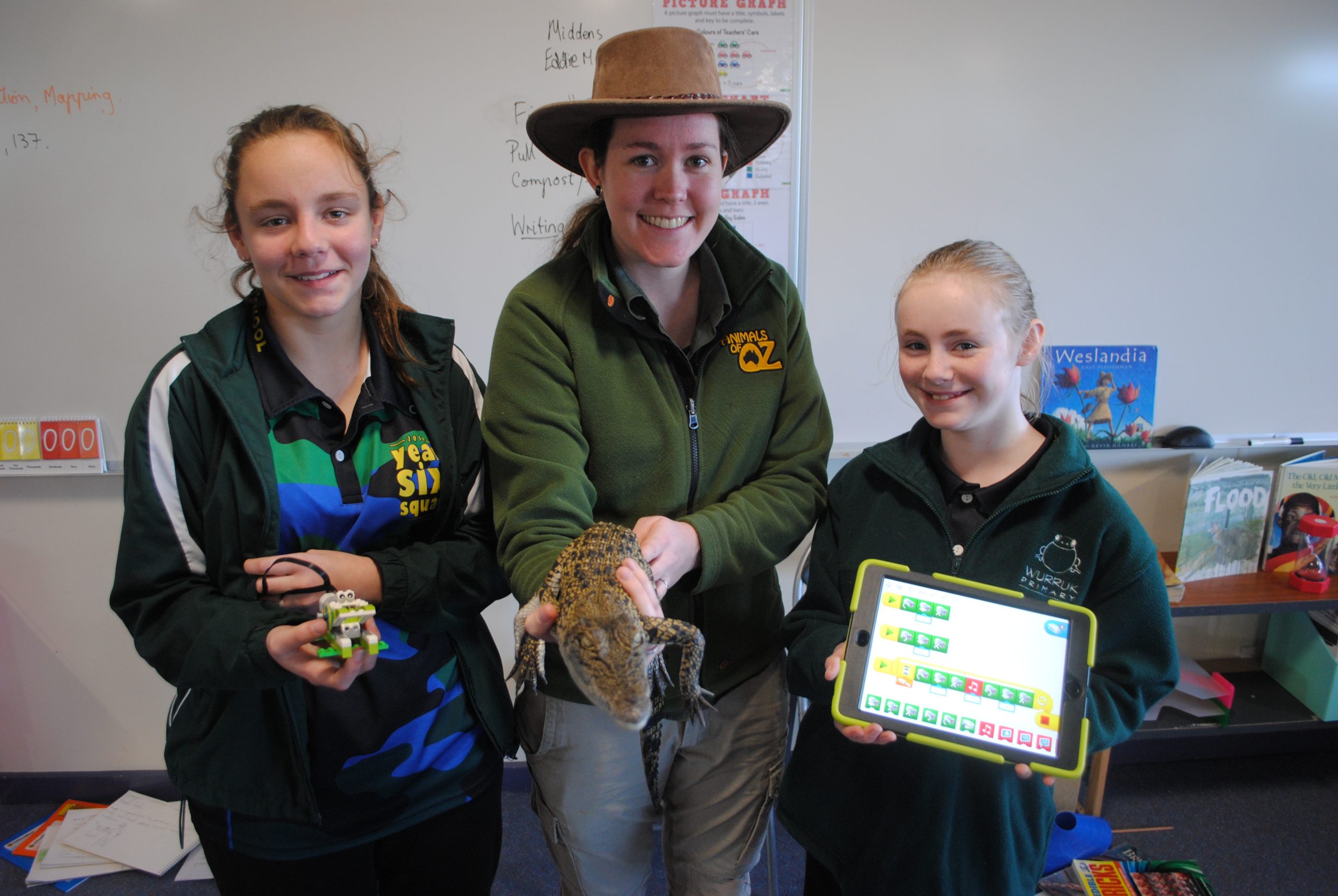 THEY say to never smile at a crocodile, but the students at Wurruk Primary School couldn’t keep the smiles off their faces when Snappy the two and a half year old salt-water crocodile visited the school last week.

On Thursday, Snappy and his friends (including eastern long-necked turtle Sheldon, Bubblegum the eastern blue tongue lizard, and Freddo, the not-so-chocolate green tree frog) worked the room beautifully, as Animals of Oz’s Kianna Docker explained the habits and habitats of Australian native animals to about 30 students.

The visit tied in with the school’s STEM (science, technology, engineering, and mathematics) program, as the day before, students had been busy working with the school’s LEGO WeDo 2.0 to build animatronic crocodiles.

Students use algorithms and coding through an accompanying app to control their little crocs’ movements, which could snap their jaws and allow them to crawl around the room.

The school was able to buy the LEGO after it secured a $2000 Esso BHP Bright Futures grant, and Esso acting Longford Plants manager James Buckingham was on hand to answer any STEMrelated questions and also tried out the gadgets.

Wurruk Primary School STEM teacher Sarah Collins said the school had been using the LEGO as much as possible, by working it into the program to engage and prompt creative thinking.

“The junior kids have been learning about habitats and classifying animals, while the seniors have been looking at adaptations, behavioural and physical [characteristics] … so we got the LEGO out,” she said.

“The kids were able to either follow instructions to build their crocodile or modify and make their own programs.

“It was really interesting, because the kids initially started by following instructions, but then started seeking out other ideas.

“They were saying, ‘oh, we did this before when we made our cars – why don’t we do that and put it into this one?’

“We’ve been investing in STEM over the past couple of years. We’ve got Spheros, we’ve got Blue-Bots, we’ve got all different sorts of LEGO and really cool construction stuff, so wherever we can, we’re pulling what’s relevant, or we might even build a whole unit around it.

“The sky’s the limit with what you can do with this stuff – we are really privileged to be able to buy it.”