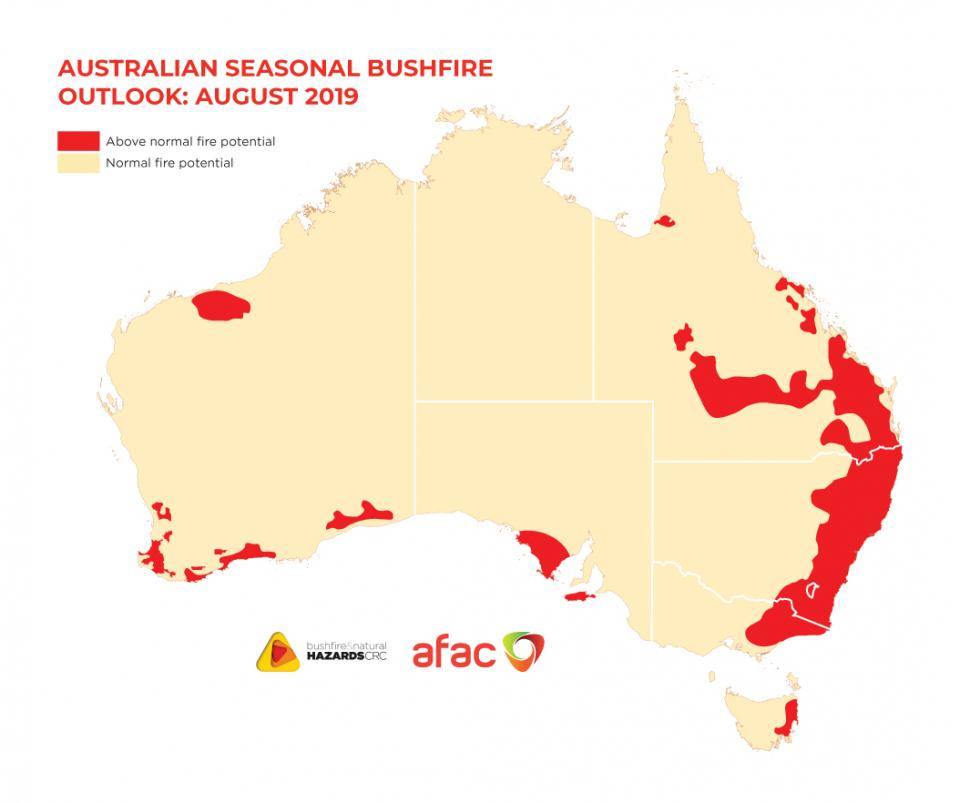 GIPPSLAND will be a focus for emergency services this summer, as extremely dry conditions during consecutive years has resulted in above-normal bushfire conditions.

The Southern Australia Seasonal Bushfire Outlook, released on Wednesday, indicates Victoria will have a “normal” fire season, however, in east and west Gippsland conditions appear to be above normal.

Emergency Management Commissioner Andrew Crisp said the outlook was an early indication of what Victoria could expect in the summer season.

“The severity of fires in Victoria will still depend on several factors including the amount, location and timing of rain in the months leading up to and including over summer,” he said.

“Much of Gippsland has now experienced three consecutive years of significant low rainfall in autumn and winter.”

With drier conditions also likely, there is a risk that ash forests in the Central Highlands and Otways may dry out faster, increasing the risk over summer.

“We will again work with all our communities to help keep them safe,” he said.

“We also urge our farmers across the state to take care while harvesting and storing crops and hay in the coming months to avoid fires caused by machinery and self-combusting haystacks.”

“The outlook is a good early indication of what we will expect in the upcoming summer season and will be updated later in the year as predictions firm up,” he said.

The Australian Seasonal Bushfire Outlook is published by the Bushfire and Natural Hazards CRC and the Australasian Fire and Emergency Services Authorities Council and can be found online.