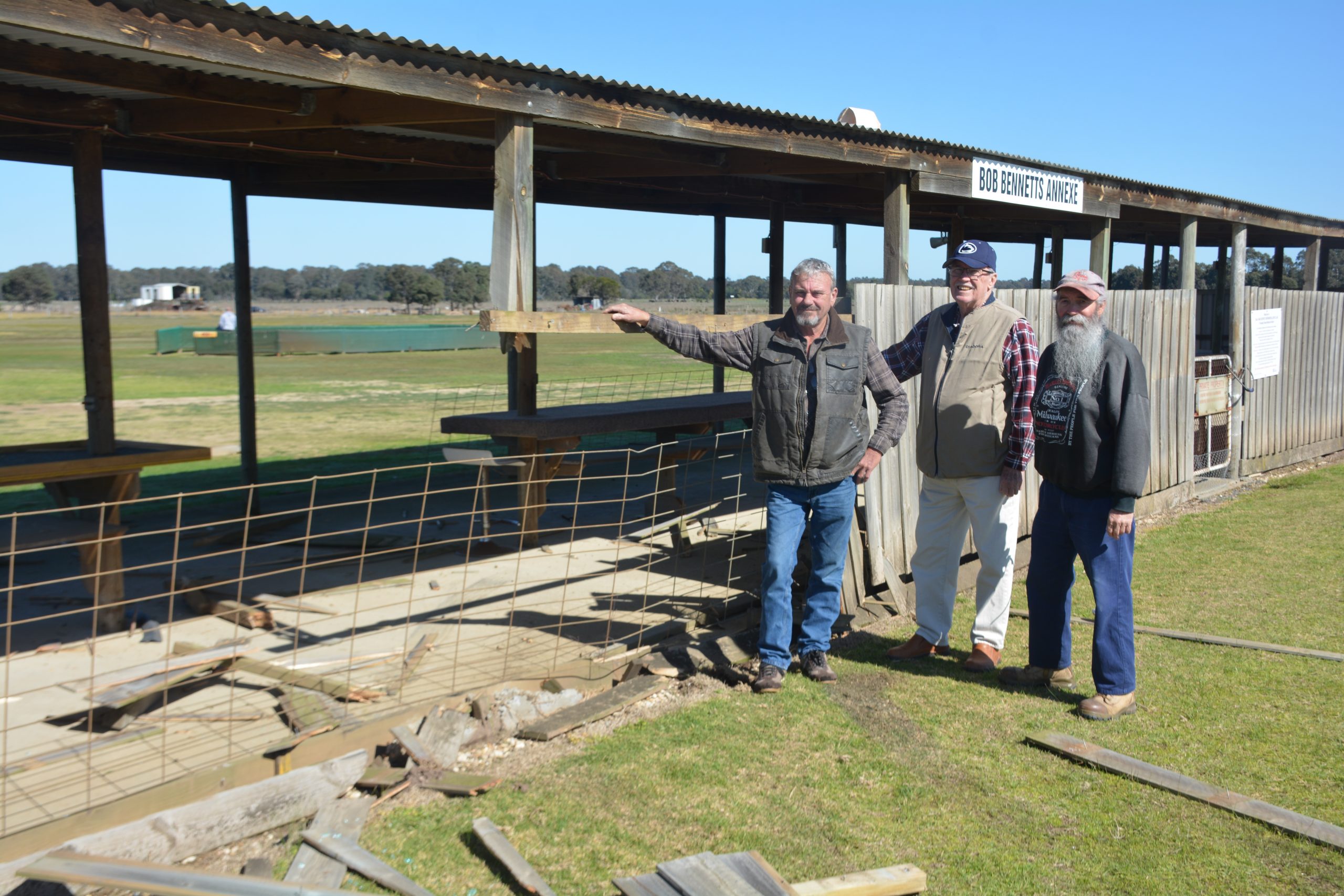 SALE and District Aeromodellers Club members have been left with an expensive repair job, after a car ploughed through the club’s fence and shelter facility last week.

Scattered debris, glass and telltale blue automotive paint were left at the scene, as a car presumably driven by a hoon driver came off the dirt track on Centre Rd and drove off after the damage had been done.

The car took out one of the shelter’s support beams which amazingly, did not cause the roof to cave in.

The club has recovered the car’s mirrors from the incident and has identified them as belonging to either an AU, BA or BF Ford Falcon. It appears the car was deep blue in colour.

The incident was immediately reported to police and is believed to have occurred between the afternoon of Wednesday, August 28 and Thursday, August 29.

With the Sale and District Aeromodellers Club located off an isolated dirt track at Centre Rd, the area is a known hotspot for hoon drivers.

Sale and District Aeromodellers Club Vice President Graeme Jackson said the club’s volunteers had better things to do than clean up mess left by vandals.

“It’s very disappointing that this has happened – someone is just not willing to come forward and admit they’ve made a stupid mistake,” he said.

“We’ve all made mistakes, and you can learn from them but you need to face up to responsibilities.

“We’ve had it happen once before and the young fella’s mother came down and expressed her sorrow and offered to help us fix it.

“It’s a shame it hasn’t happened this time.”

The club met last night to arrange a working bee to repair the fence and shelter, and estimated it could be facing a bill of at least $3000.

People with more information should phone Sale police on 5142 2200.