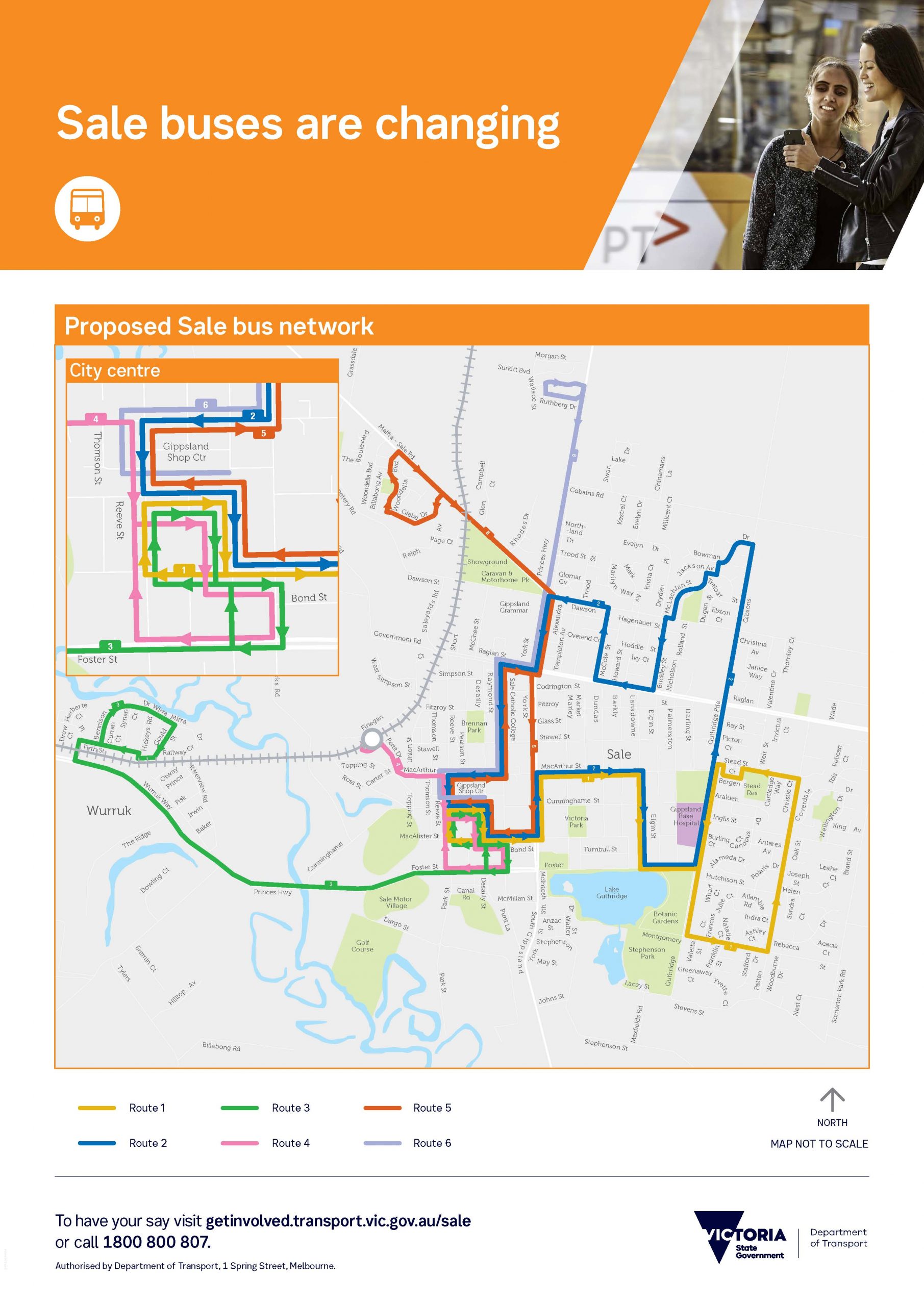 BUS services around Sale will be expanded under a state government proposal.

The proposed changes will deliver two extra routes, expanded coverage and 30 extra trips per day across the network from the middle of next year.

Services will run on Saturdays for the first time, with 20 trips proposed.

There are no plans for Sunday services, but the Department of Transport will monitor the network to see if extras services are needed.

The existing four routes will be increased to six, allowing people to access the Glebe Estate off Maffra-Sale Rd and Sale Specialist School in the north, as well as the Port of Sale precinct.

Minor changes have also been made to existing routes to make sure more people are within walking distance of bus stops and can access key destinations such as schools and the local shops.

The Sale bus network will operate during the same hours as it does now, with services between 6am and 6pm on most routes, except for the Wurruk route, which will operate from about 8.30am to 5.50pm.

One weekday trip will be added to the four existing routes.

The Wurruk route will be adjusted, leaving Sale via Raymond St, and having three Saturday trips.

The route between the train station and the shopping centre will now go past the Port of Sale, and have three trips on Saturdays.

The two proposed routes, to the shopping centre from the Glebe Estate and specialist school, will both have three trips daily from Monday to Sunday.

New bus stops will need to be installed to support the proposed network changes. The locations of these stops will be determined based on there being enough space for passengers and buses to safety access them, as well as being visible for passengers, bus drivers and motorists.

Community information sessions will be held on Tuesday, September 17, to inform residents about the proposed changes, at Gippsland Centre, Sale, between 11am and 2pm and the Wellington Centre between 3pm and 7pm.

Community consultation will be held between September 2 and 22.

Once all community feedback has been considered, changes will be introduced mid-2020.

Public Transport Minister Melissa Horne said the government wanted to making it easier for more people to get around Sale.

“We want people to have their say about these improvements to the Sale bus network, so we can run bus services that best suit the community’s needs,” she said.