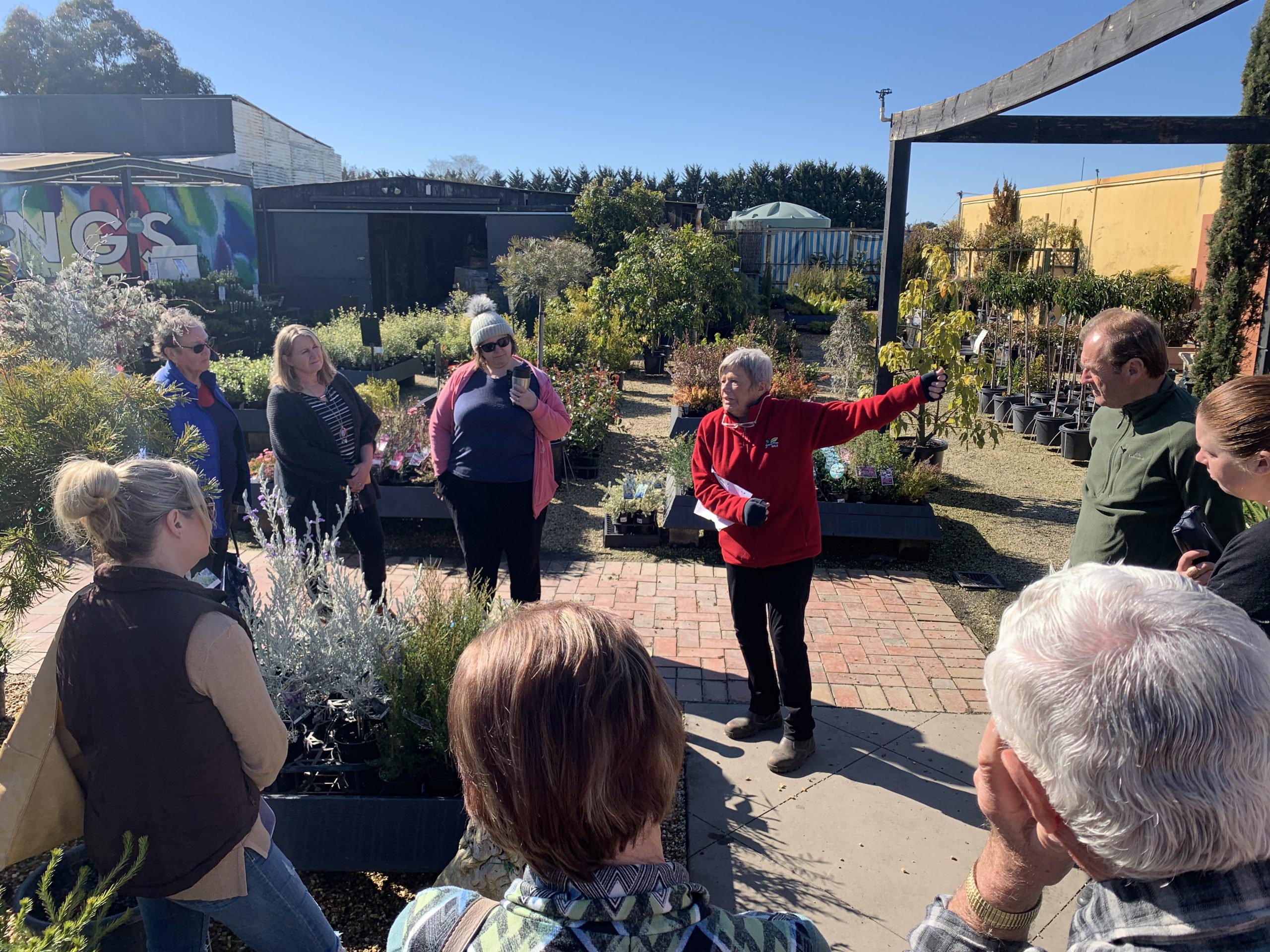 SPRING has sprung, and with it comes plenty of discussion concerning the birds and the bees.

Attracting them to your garden, that is.

Local gardening guru Nancy Morgan was on hand at Grow Master, Sale, on Saturday morning to host a free talk on how to encourage a thriving ecosystem in your very own backyard.

While the thought of not only welcoming creepy-crawlies but accommodating them might be a bit much for some, the enthusiastic horticulturist advocated for her six-legged friends and their crucial role in building a healthy garden.

By improving habitat and offering plenty of opportunities for pollination, local gardeners could attract birds, bats, bugs and frogs, which in turn would improve their gardens through pollination and fertilisation, and give gardeners the rewarding feeling of providing some lesser-considered locals a helping hand.

She then pointed out some irresistibly tasty plants for hungry bugs – flowering Australian natives were touted as especially effective for their insect-attracting prowess, and ability to thrive in harsh conditions.

There are even native plants that don’t look like native plants, like boronias, which look just as much at home behind a box hedge as roses do, Nancy added.

She raved about the insect-attracting benefits of umbel flowers, and the daisy family (asteraceae or compositae).

One of the largest plant families on Earth, the daisy family attracts plenty of beneficial insects, and according to Nancy, were so widespread because “that’s Mother Nature making sure she’s well-pollinated”.

By planting pollinating flowers, people could encourage beneficial insects, such as native and honey bees, butterflies and ladybugs.

Some beneficial bugs even eat other pest insects, negating the need for harmful pesticides and chemicals.

She said well-meaning gardeners were often unaware their attempts to improve habitat and encourage growth could often result in the exact opposite.

For example, people commonly used white oil to control insect pests in the garden, like aphids, but didn’t realise the substance also killed predator insects which feasted on pests, like lacewing moths.

Nancy made note of environmentally-friendly alternatives to insecticides which can be harmful or even deadly to pets and birds, such as swapping snail bait for coffee grounds or egg shells, or using soapy water on plants to deter infestations.

“Don’t reach for that tin of spray,” she urged.

She encouraged using natural seaweed-based fertilisers, which were less likely to affect insect populations, but would still give plants a hearty feed.

The nursery-woman offered insights on how to further encourage animals, like hanging nesting boxes for birds or microbats, or a ball of natural fibres (such as coconut fibres or cotton), which would encourage birds to make nests nearby.

She revealed tidbits from her own experiences, such as avoiding store-bought sticky yellow trap paper, and offering bees a “bug bath” – a shallow dish of water with some gravel in it – as an alternative to (but not a replacement of) a bird bath, as they often drowned insects.

As the proud owner of a “high-rise bee hive” herself, Nancy said “her girls” liked to sun and preen themselves pool-side on the bug bath she had installed under her living room window.

Most of all, she encouraged patience – just as Rome wasn’t built in a day, backyard ecosystems took time to, figuratively, get off the ground.

“Make it comfortable, and they will come,” Nancy advised.

“If we can offer better habitat for birds and bugs, suddenly you don’t need to buy spray or poisons. “All the birds and all the insects have a place in our gardens – it’s their place, we just live here.”