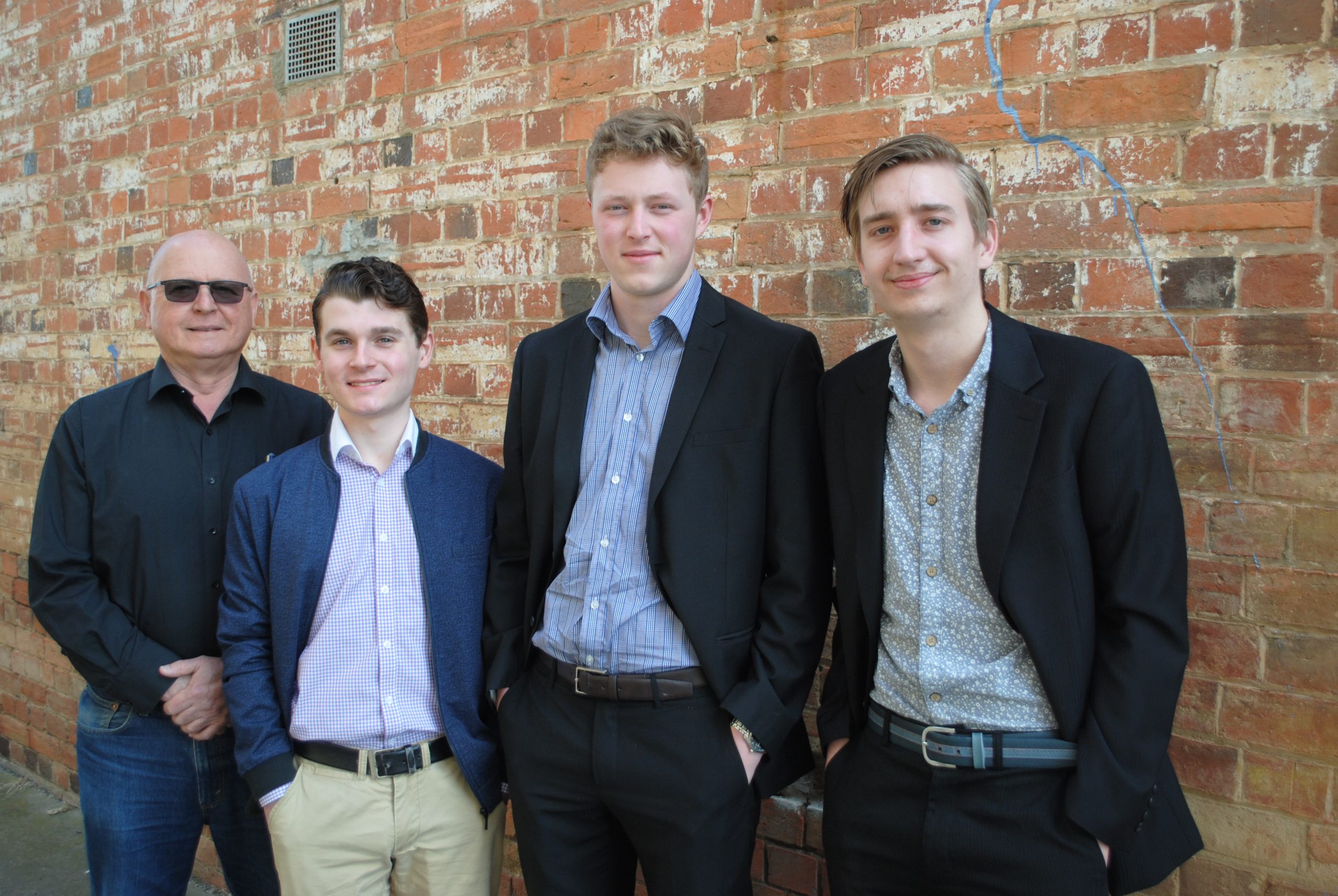 A GROUP of arts lovers in Maffra has taken matters into its own hands to ensure authentic art is displayed and performed locally.

The brainchild of Mr Iliopoulos, ‘Show Prophet’ aims to give local playwrights, actors and artists with original ideas the chance to have their work put into the public arena.

Mr Iliopoulos explained the system would allow artists an affordable way to have their work displayed.

“No playwright has got that sort of money normally, and even if they did, they wouldn’t want to risk it in case it [the play] just collapsed on the first performance.

“With this social enterprise, we’re going to encourage people to send us original scripts, and if they have merit, the creative director will decide ‘yes, we’ll run this’.

Each participant in a production is rewarded by how well it performs at the box office, as shares are divvied up at the end.

“That way, everyone shares the risk, but they also become investors in the art, and they’ve got skin in the game so they promote it to other people and so forth,” Mr Iliopoulos said.

“In a community like Maffra, it means that everyone involved would probably want to attend as well, and that’s the way that we intend to get new, unique artworks out there, otherwise we’re just going to end up with reproductions and that’s not art.

“The lady that inspired me to do it is an opera singer and actress, and she was bemoaning the fact that she couldn’t actually get parts and you couldn’t actually run a production without going to the Australia Council.”

Mr Iliopoulos was also inspired by German philosopher Theodor Adorno, who coined the term ‘culture industry’ in the 1940s. Adorno argued popular culture was akin to a factory, producing standardised cultural goods in film, radio and magazines, and used to manipulate mass society into passivity.

Mr Iliopoulos is a philosopher himself, and has run a number of discussions at the Macalister Hotel under the banner of ‘Philosophy in the Pub’.

He said Adorno’s argument was relevant to what theatre-goers in Wellington Shire were exposed to.

“I think philosophy and art is really the lifeblood of a community that is thinking and expressing the situations as they see them,” Mr Iliopoulos said.

“What Adorno was worried about was that everything becomes uniformed and imitation in society – there’s a pressure for everything to be the same.

“Art is the one thing that can be unique because if person A writes a play tomorrow, that’s really unique, whereas if you go to a show and see someone pretending to be Neil Diamond, it becomes no one.

“The guy that’s pretending to be Neil Diamond is just negating himself.”

“A whole lot of local issues are happening, but it’s not throwing up any authentic art as a cultural expression of the situation,” he said.

“All you get is an impersonator of a famous musician turning up to town which is a complete distraction, it’s not really a cultural expression.”

Mr Iliopoulos found a group of people with the same interest from an unlikely source – three recent VCE graduates from Maffra Secondary College.

Mr Rimmer said he and his friends decided to take a stand after becoming disenfranchised with the art offered to them.

“When we went through VCE with theatre studies the production we did was A Dolls House Part 2, and we found it didn’t connect to us as rural students in the middle of nowhere,” he said.

“From our perspective, what we want to achieve is to bring the community together through original art.

“Other people use sport, but at least for us we think this could build Maffra into an even closer community than it already is.”

Mr Rimmer acknowledged there would be some challenges, but said the group was determined to bring original art to the area.

“Creatively, our biggest competitor will be the existing structure at places like The Wedge, but we’re not really aiming for that demographic,” he said.

“I would hope that they [The Wedge] see us as a supplementary to the arts [and not a rival].

“We’re not denying the fact that there is still a market for commercially appealing shows, I think it just leans in a certain direction too hard.”

The group hopes to stage the first of its productions in Maffra Memorial Hall in March next year, and reported initial talks with the hall’s committee of management had been positive.

The four men will each have separate roles in the business – Mr Iliopoulos will direct strategy, Mr Rimmer will manage, Mr Dorber will be creative director and Mr Rohrich the director of operations.

“The creative director will look at a treatment and prophesise if it will go well, those involved will then be the show’s prophets in spreading the word, and then at the end, we want to be able to show actual profit,” he said.

Mr Iliopoulos believed there was huge potential for original and high quality works to be produced in the Wellington arts sphere.

“Maffra and Sale combined is three times the population of what ancient Athens was and ancient Athens produced all the great scientists, philosophers and astronomers that we are still benefiting from today,” he said.

Those wishing to find out more or to submit original pieces of artwork to Show Prophet can phone Christos Iliopoulos on 0438 356 145.