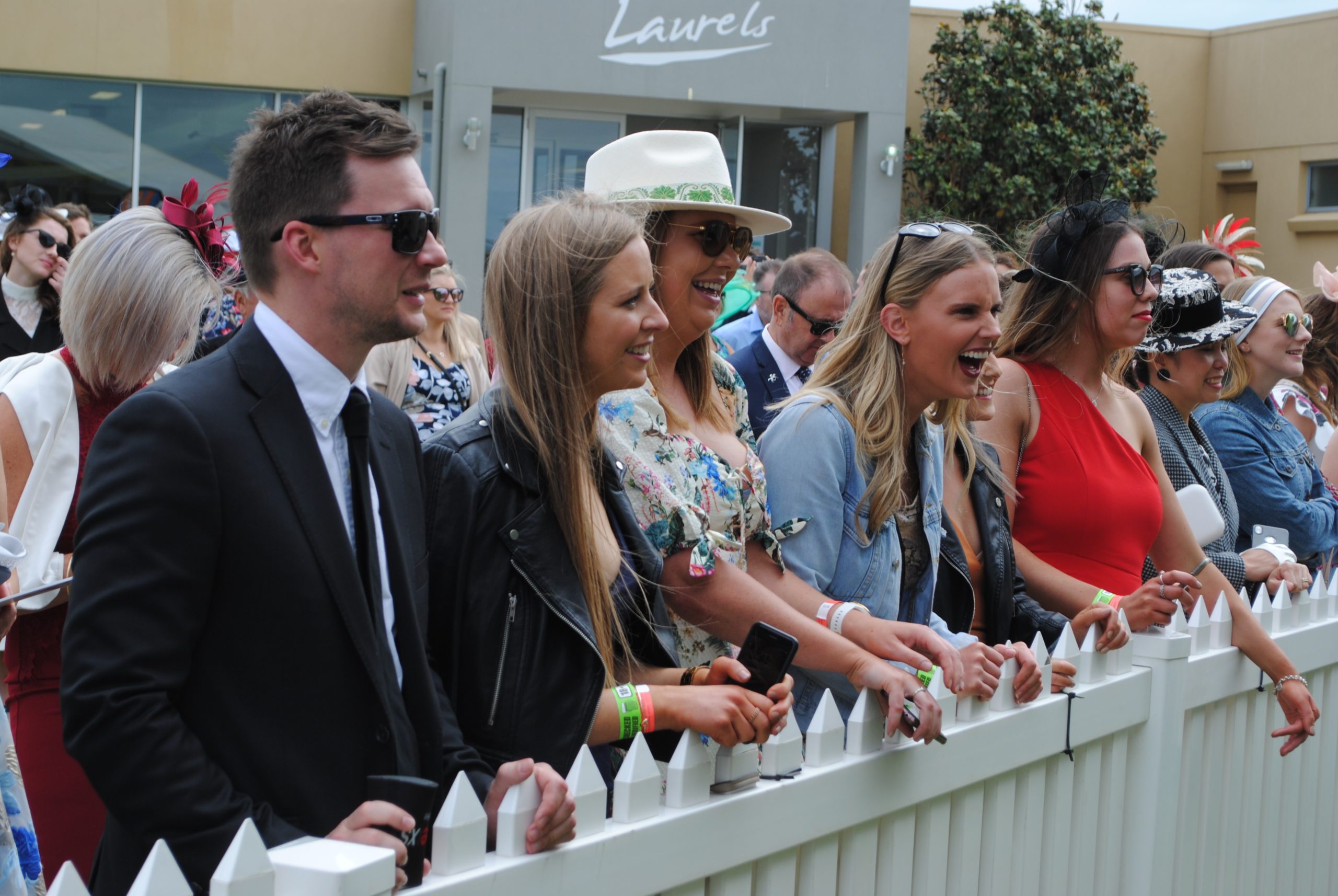 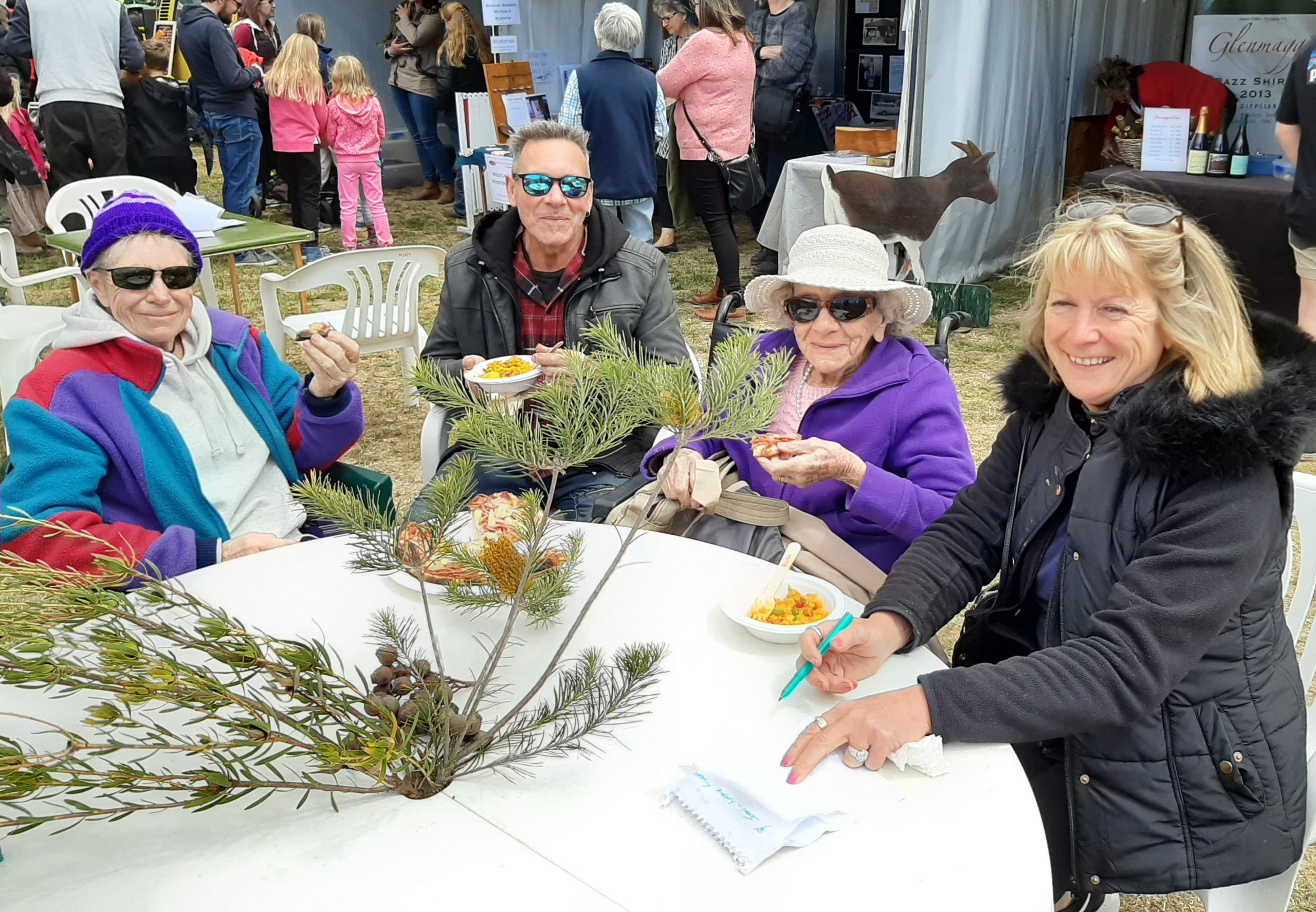 TWO of the region’s biggest events – the Sale Cup and the Maffra Show – brought thousands to Wellington Shire at the weekend, as attendees battled sub-par conditions to make the most of a big weekend out.

Bleak conditions gave way to some sunshine as Sale Cup progressed on Sunday, as punters, fashionistas and those just up for a good time flocked to Greenwattle Racecourse.

The big race was won by Gold Fields, ridden by jockey Stephen Baster and trained at Mornington by Logan McGill.

It was a fruitful 1600 metres for Gold Fields, which took home the $120,000 first prize attached to the listed race.

In sartorial land, there was plenty of style trackside, with fashions on the field attracting plenty of entrants.

The trio pored over the outfits, with Mr Jago commending the entrants for outfits far exceeding the standard of those on show at larger racing clubs.

Travelling from Cranbourne South, milliner Karlie Owen landed runner-up for her lilac neoprene number and headpiece she simply whipped up herself, while Sale’s very own Norissa Smolenaars took out top honours for millinery with a black and white piece made by Millinery by Mel.

It was Matt Walker from Melbourne just ahead by an inch for the men’s category, who won high praises from the judges in his Peaky Blinders-inspired get up, closely followed by Richmond’s Michael McApline, who was a dream in purple.

In the girls’ 12-17 category, Sale’s Malia Wheal was rewarded for her forward-thinking, weather-appropriate outfit – an electric blue, ankle-length dress with a matching, modern fascinator, all wrapped up in a smart white-cropped blazer – while Sale’s Emelia Sanders, aged four, stole everyone hearts in a floral frock, flower headpiece and string of pearls.

Sale police reported they were extremely happy with crowd behaviour, with no arrests or drinkdriving charges.

Wellington Highway Patrol added the event’s many free buses removed temptation for those who enjoyed the day over a drink or two.

The weather wasn’t terribly kind to Maffra Show organisers either, with brief but heavy downpours featuring through the day in between intermittent sunshine.

But in true country show style, people came and went over the three days, some staying into the evening for Saturday’s spectacular fireworks displays, while others headed for the main attractions.

There were all the favourite show crowd-pullers, such as competitions, arts and craft, children’s activities, live music and quality refreshments.

The Maffra Mile, run by Wellington Athletics, was a popular event, with Craig Huffer (4.21) and Bianca Croucher (5.18) first male and female over the line.

One of the show organisers said that while attendance for the three days was down because of the weather, the quality of entertainment and exhibitors was strong.

She said Saturday’s night carnival was busy and the fireworks were “spectacular”, but because of cool and wet conditions, the show closed about half an hour earlier that its anticipated finish of about 9pm.

The Sale Show will take place this weekend.