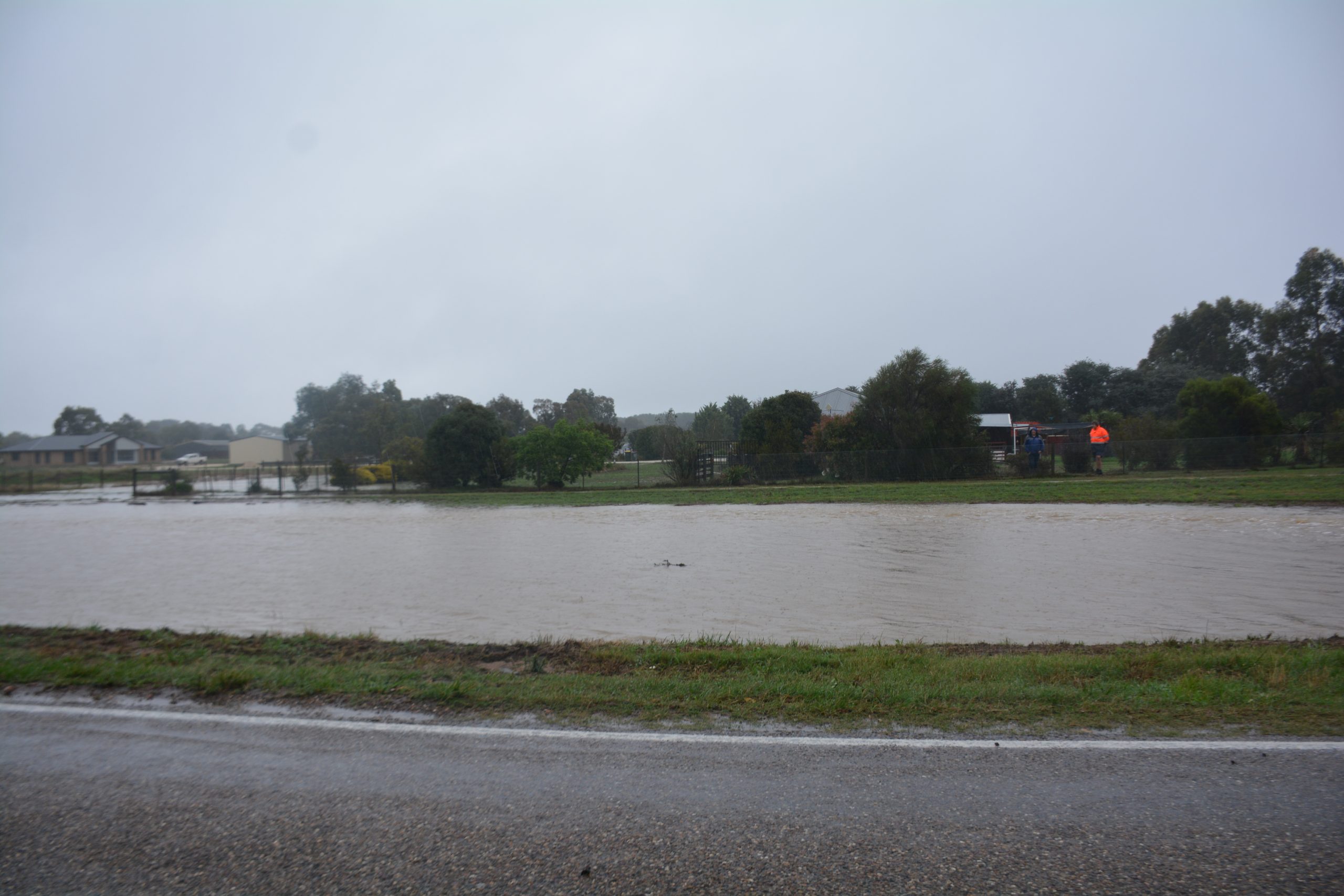 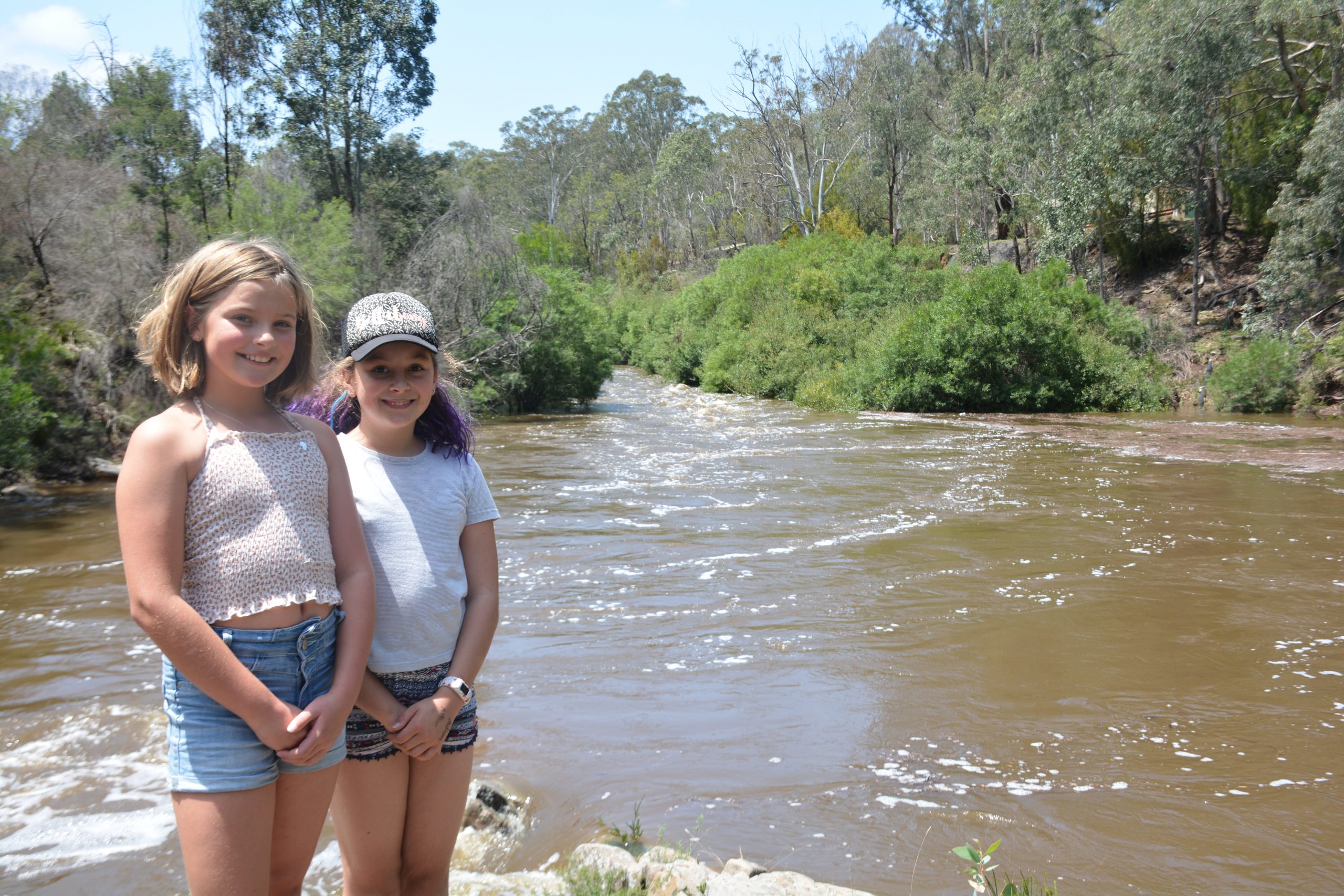 IT never rains in Stratford, but it pours.

Rapid rainfall that fell over much of Wellington Shire and east Gippsland on Monday has brought with it a sense of optimism, with some areas hit by more than 100mm of rain in less than 24 hours.

While it was a welcome drop, parts of the shire were among the worst affected areas in the state when the severe cold front that passed across Gippsland on Sunday and into Monday caused torrential rain and flash flooding.

In the hardest hit areas of Stratford and Briagolong, from just before 9am on Monday the rain barely stopped, transforming dusty paddocks, filling dams and turning driveways into flowing creeks.

While the rain distribution was patchy, with more than 85mm in Maffra in 24 hours and Stradbroke getting less than 20mm, parts of Stratford received about 150mm of rain, causing flooded roads and damaged buildings.

VICSES community resilience co-ordinator, Jane Fontana, said the shire’s SES units received 29 calls for assistance in the 24-hour period from 10am on Monday, with most of those responded to by Stratford, Maffra and Rosedale units.

“This amount of rain in such a short amount of time has certainly caught some people by surprise,” she said.

“It’s a really good time for people to be thinking about what they need to do to prepare themselves and their properties for these types of situations.”

Ms Fontana said some houses were damaged by rain entering through missing or damaged roof tiles, or floodwater entering front and backyards, while an elderly resident became trapped by floodwaters in a Stratford home.

“It is really important for people to remember how dangerous it is to drive into or enter floodwater of any kind,” said Ms Fontana.

“You just don’t know what’s in it and it can be deeper or flowing faster than you think.”

One resident said she wasn’t complaining when her six hectare property between Stratford and Briagolong was almost instantly transformed into a marsh, and her near-empty damn was “overflowing” by lunchtime.

“It was so good to come home and find the paddocks covered in water and the overflow running down the driveway, even if it does make a mess.

“By Tuesday morning, water was still visibly trickling through the property, like a creek – I’ve never seen that before.”

Others reported dams that have been empty for four years suddenly overflowing and creating life, as frogs came out of their underground hideaways.

Next door in Briagolong locals celebrated the return of water to Freestone Creek, after the empty creek bed next to the Quarry Reserve embraced the rain and started flowing.

The big wet did, however, create problems for emergency services.

After years of low rainfall, a flood watch was issued for parts of the state, including fire-affected catchments in east Gippsland, where rapid river rises and localised flooding developed.

The Stratford-Briagolong Rd near the Llowalong turn-off was partly underwater by 10am Monday, making it a wet passage for motorists until it cleared just after midday.

Good rain also fell in others parts of the state, with SES units also busy in Yarram, where they dealt with flooding issues and a minor landslide on the Hyland Highway.

Around the state, SES crews worked through the night to deal with more than 1705 requests for assistance from 2pm Monday afternoon to Tuesday morning.

Severe thunderstorm and flash flood warnings were still in place on Tuesday, and there were flood warnings for some rivers in fire-affected areas in east Gippsland, including the Mitchell River in the Wongungarra and Dargo Rivers.

More rain was falling Thursday morning across many parts of Wellington Shire as the Gippsland Times went to press.

To keep an eye on warnings and advice go to emergency.vic.gov.au.

Phone 132 500 for storm or flood assistance, and triple 000 if the situation is life threatening.