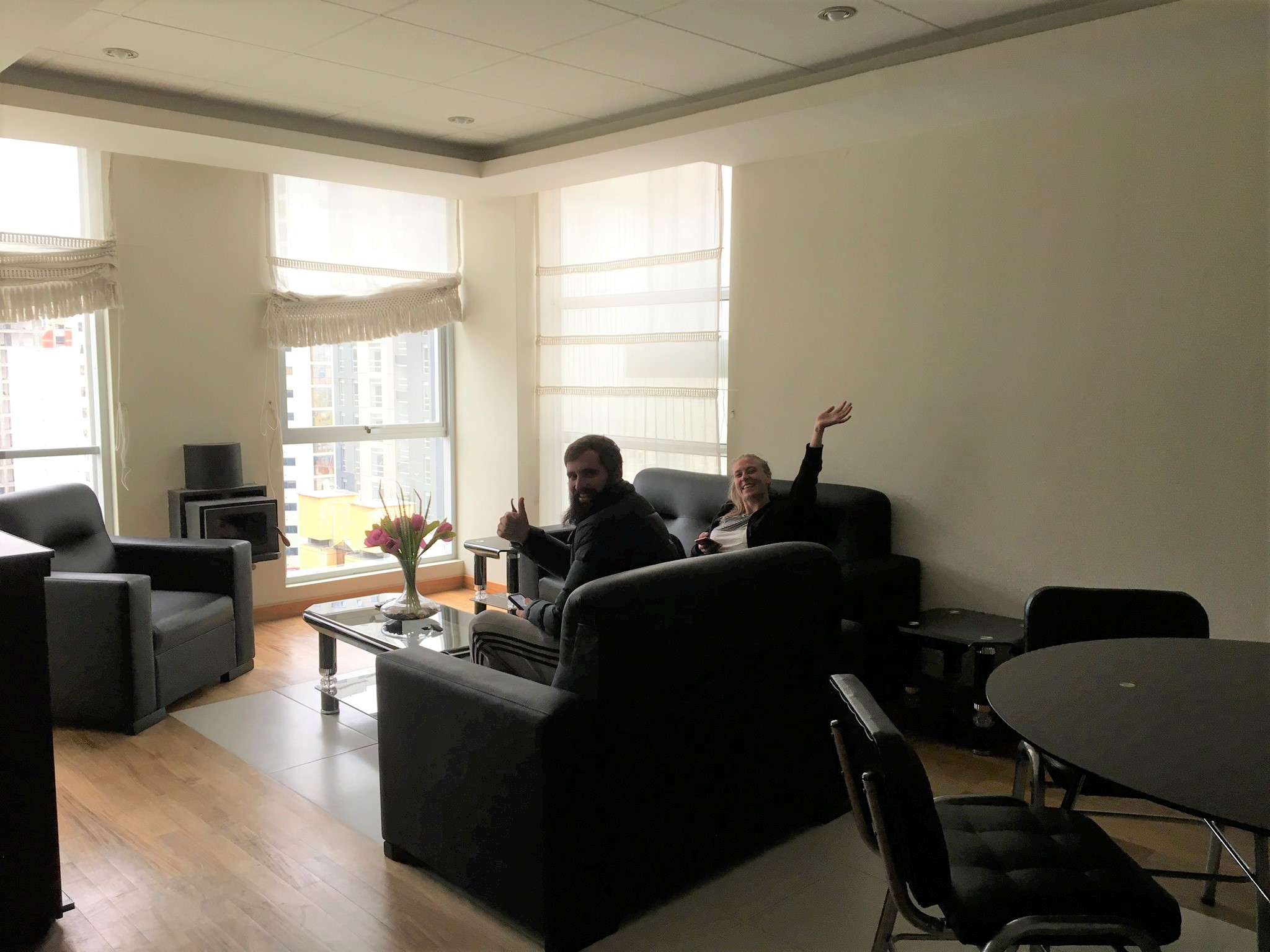 MAFFRA’S Jackson Callahan and his girlfriend Alex Stobaus have been abandoned in Bolivia, after a “mistake” cost them their flights home.

The Gippsland Times reported on the couple in Friday’s issue, as they struggled to get home amidst the chaos caused by COVID-19.

The pair quit their jobs and jetted to the Galapagos Islands in January, hoping to spend the year abroad in South America and Europe.

As borders closed around South America last week, the two managed to catch the last bus out of Peru to Bolivia before they were locked in indefinitely, with a flight booked for Australia on Friday.

They arrived three and a half hours early to catch their flight home, but were advised by immigration officials that Australian borders were shut.

Confused, the pair argued their advice, readily available on government websites, was that Australians were still able to enter the country.

However, no-one answered the phone at Australia’s end before the flight, so the pair, and five other Australians, were not allowed to board.

One of the other Australians got in contact with border operations in Australia, who admitted what happened was a mistake.

“We have since had confirmation that this must have been a mistake,” Alex said.

“I understand mistakes happen and we are all human, however this mistake means that we are stuck in Bolivia indefinitely.

“We have had no help from the Australian government embassy or consulate.”

The two have been checking Smartraveller updates, and organised flights home as soon as the Australian government told them to do so.

In the days leading up to their flight, they checked with the airline that border closures wouldn’t be an issue, and were assured it wouldn’t be.

The pair had already paid for the flight, and the airline has since advised they would be able to get on the next flight open to Australia at no extra cost.

They also hope they will be able to claim part of their expenses for accommodation and food while they wait for a flight home.

While they are unsure when exactly flights will reopen for them to come home, they are now spending two weeks quarantining in an apartment in La Paz.

They describe themselves as safe, happy but very angry.

“Having what they called a ‘glitch’ in the system stopping us entering our own country is pretty bad, especially with this pandemic going on.”

The two have no idea when they’ll be allowed back.

“We haven’t heard anything about the borders reopening,” Jackson said.

“We have only heard today the whole country is going into quarantine tonight for two weeks, so hopefully flights reopen after that.

“So we have been busy getting food and accommodation sorted before that happens.

“We have buddied up with another couple who were meant to be on our flight as well but weren’t let on the flight for the same reason as us.

“They are from Brisbane – we met them while we were watching everyone else get their boarding ticket and go through to customs.

“We have booked an apartment for the 14 days and are just going to wait it out; luckily we have Netflix.”

Currently, only one person at a time is allowed to leave the apartment during an allocated four hours in the day, and that is only to go to a supermarket or pharmacy.

The language barrier is still proving difficult for the pair, but they understand breaking the rules means people can be jailed or locked up for a short period.

Jackson said at this stage, no-one in Australia was able to help.

“Our family and friends have been contacting local members of parliament and also national media companies to tell them what happened,” he said.

“There is a couple of Facebook pages for Australians stuck in South America, which has been good to find out information about what’s happening.”

Jackson said his family had a sleepless night when he told them what happened.

“Mum and dad were really helpful through the whole thing – they were calling people from Australia for us and called our insurance company,” he said.

“Alex’s family was doing the same for her. “It was really good having help and getting information from them while we were unsure what to do.”

Jackson said the couple were just angry and disappointed about the whole situation.

“One of my friends is a travel agent who had clients from Australia transiting through Chile and New Zealand to Sydney on the flights we were meant to be on,” he said.

“So we are confused what the issue was with us.

“All we want is to just be home right now.”