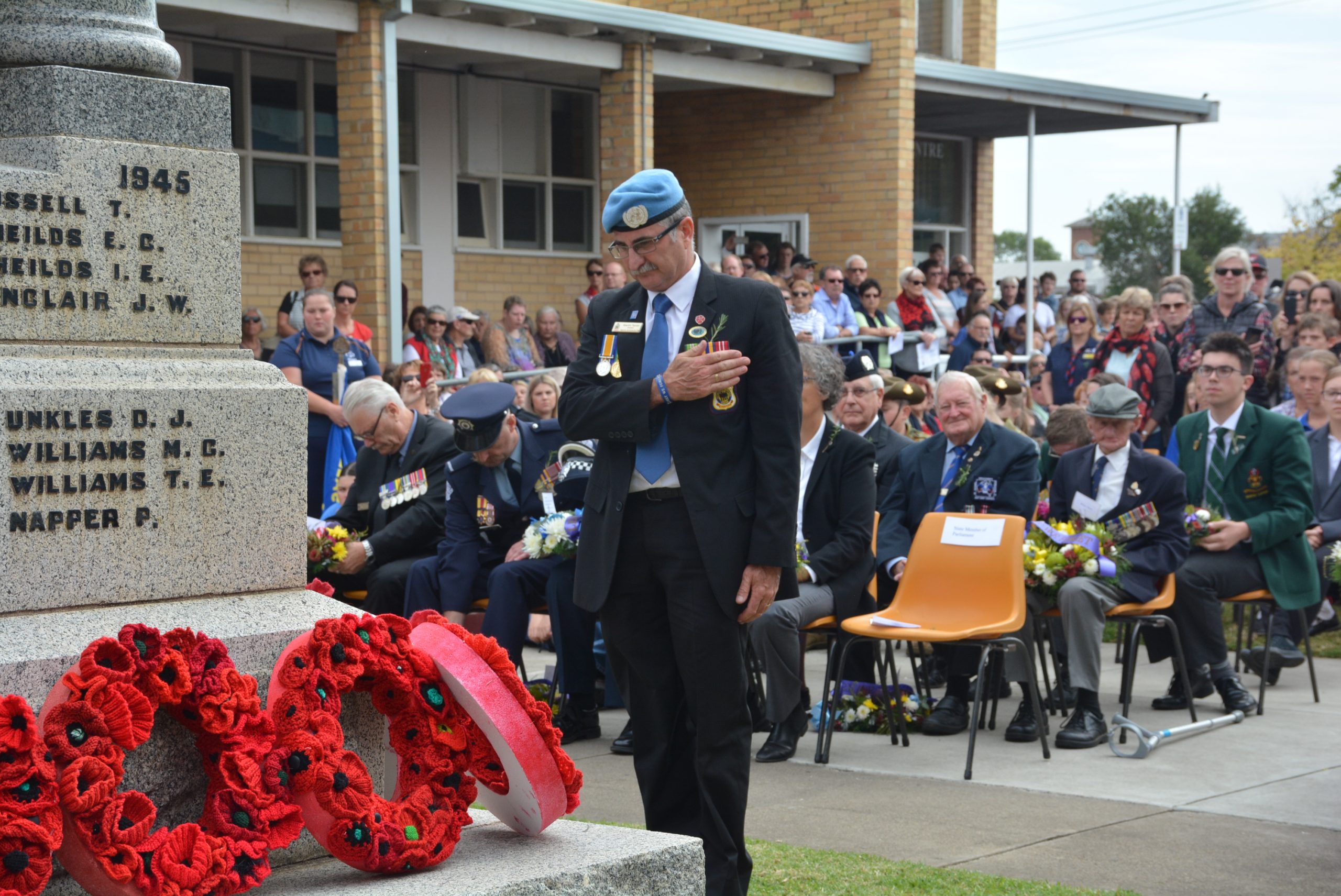 YOU would all be aware, no doubt, of the restrictions placed on Anzac Day services this year because of the COVID-19 virus.

We live in interesting times.

One hundred and five years have now passed since Australian and New Zealand troops were part of a force of British Commonwealth and French forces who landed on the shores of the Gallipoli peninsula in an attempt to force the Dardanelles as part of a bigger plan to force Turkey out of the war.

The Australians and New Zealanders were assigned to land at beaches in the central part of the peninsula commonly known as Anzac Cove while British forces came ashore in the south of the peninsula.

The Gallipoli campaign was basically broken into the initial landing and consolidation phase in late April 1915, the major Turkish counter attack in May 1915 which was defeated, the Allied August offensive in which the famous Battle of Lone Pine occurred where seven Victoria Crosses were awarded to Australians, and the eventual evacuation of the peninsula in December 1915.

During the course of the ill-fated campaign, the soldiers of both sides suffered greatly from disease, deprivation and hunger.

Research shows that possibly 84 men from Sale and surrounds served on Gallipoli, with 46 participating in the landing on April 25.

Of the local men who served at Gallipoli, 11 were some of the 8700 Australians who were killed during the fighting.

Another Sale man served on the Australian submarine AE2, which penetrated the Dardanelles and entered the Sea of Mamara to attack Turkish shipping as part of the Allied attack on April 25, 1915.

Who were the very first Anzacs?

They were people from many backgrounds like Trooper Billy Sing (from English and Chinese parents) of the 5th Light Horse Regiment who gained fame as a sniper at Gallipoli.

It is also believed that at least 50 indigenous Australians served on Gallipoli, including Private Alfred Hearps of the 12th Battalion who, despite the laws of the day, enlisted in August 1914.

Alfred was one of the first to land on April 25. He survived Gallipoli, but sadly was killed in action in August 1916 in France.

Australian women were also present at Gallipoli, including nurses such as Sister Elsie Gibson who was on a hospital ship anchored off the landing beaches and had Turkish shells landing around the ship during the day.

The nurses were part of the crews of hospital ships which ferried thousands of wounded men to hospitals on Lemnos Island and in Egypt.

This year, 2020, we also commemorate the 75th anniversary of the end of World War 2 which occurred on August 15, 1945, with the surrender of Japan.

Research indicates that 404 men and 40 women from Sale and district went to war in World War 2.

There are 47 names on the Sale Cenotaph of those who paid the ultimate sacrifice in World War 2.

Seven local men gave their lives in 1945, including Private Peter Napper from the 2/7th Infantry Battalion who died in New Guinea and Trooper

Alfred Maxwell Pendlebury of the 2/6 Commando Squadron who died in Borneo.

We also remember Sister Irene Singleton who died as prisoner of war of the Japanese in Java in 1945.

On Anzac Day, we need to remember the ordinary men and women who, inspired and motivated by a range of ideas and hopes, struggled and suffered in a manner that disclosed something vitally important about life and living.

Their spirit, a shared collective ethos that arose spontaneously on the Gallipoli peninsula and continued in other war zones as comrades were killed or wounded around them, revealed the distinct character of Australians and New Zealanders.

In remembering on this Anzac Day, we are reminded that war is destructive and that human beings touched by it are affected physically, emotionally and spiritually forever.

Thousands of those who left Australian shores and the islands of New Zealand during World War 1, World War 2 and other conflicts were killed or incapacitated in the belief and with the hope that they offered their lives in the service of something greater than themselves.

We should be a grateful people, never forgetting nor failing to esteem the sacrifices of men and women, everyone who went before us, nor forgetting the price of freedom which has been cruelly calculated in human blood by many of our forebears.

We should not forget those who have returned from recent armed conflicts such as Iraq and Afghanistan and from peacekeeping missions around the world, who have strived in their different ways to build peace that would last and a justice that would abide.

They all are entitled to our enduring gratitude and deserve to be remembered.

In this year, the 105th anniversary of the landings at Anzac Cove, when we utter those profound words: ‘we will remember them’ and ‘lest we forget’, let us accept the challenge that they imply and truly make sure that we never forget.

On Anzac Day, I implore you to remember in your own way, all those men and women who have served in this country’s armed forces – particularly those who paid the supreme sacrifice.