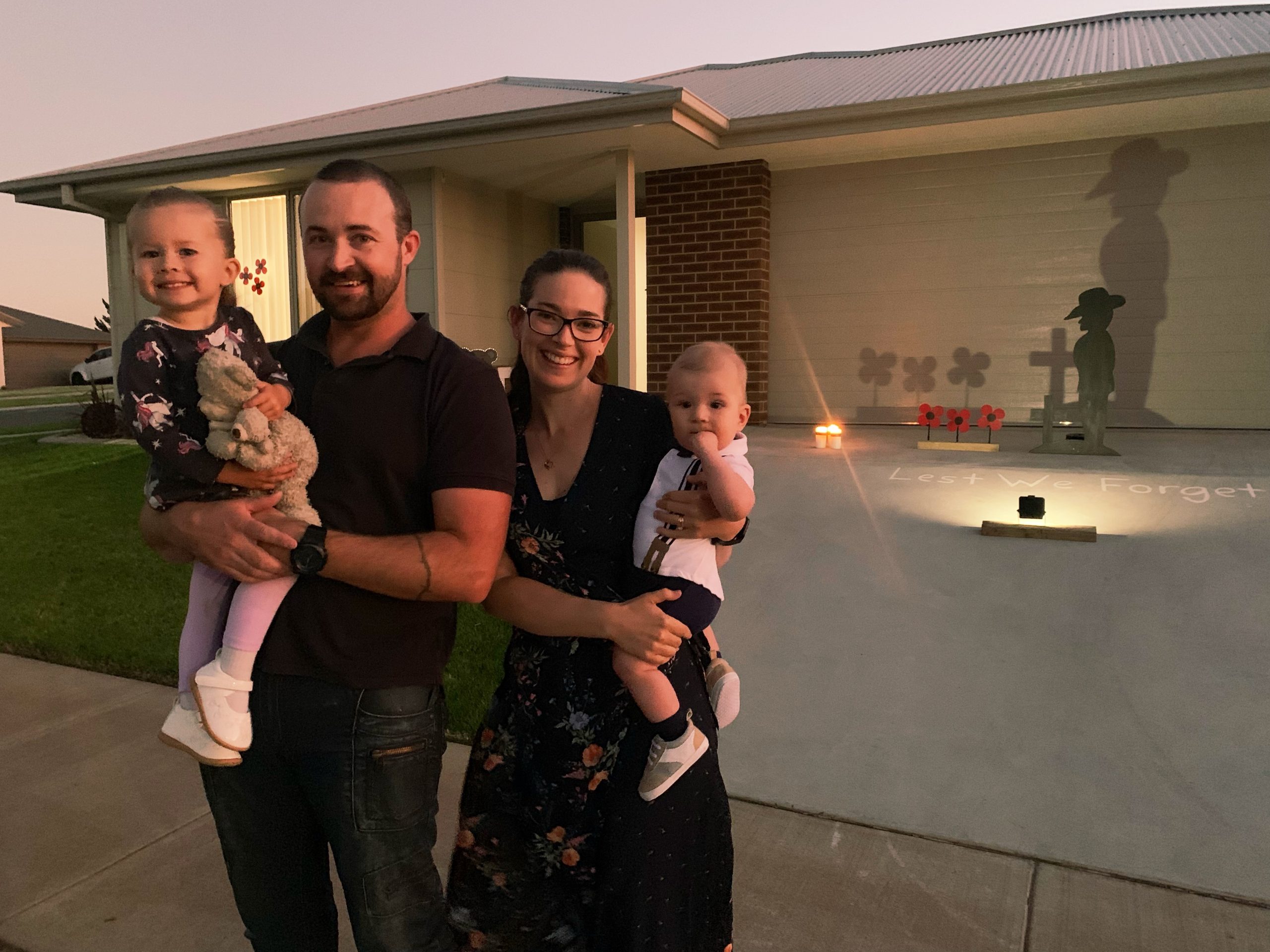 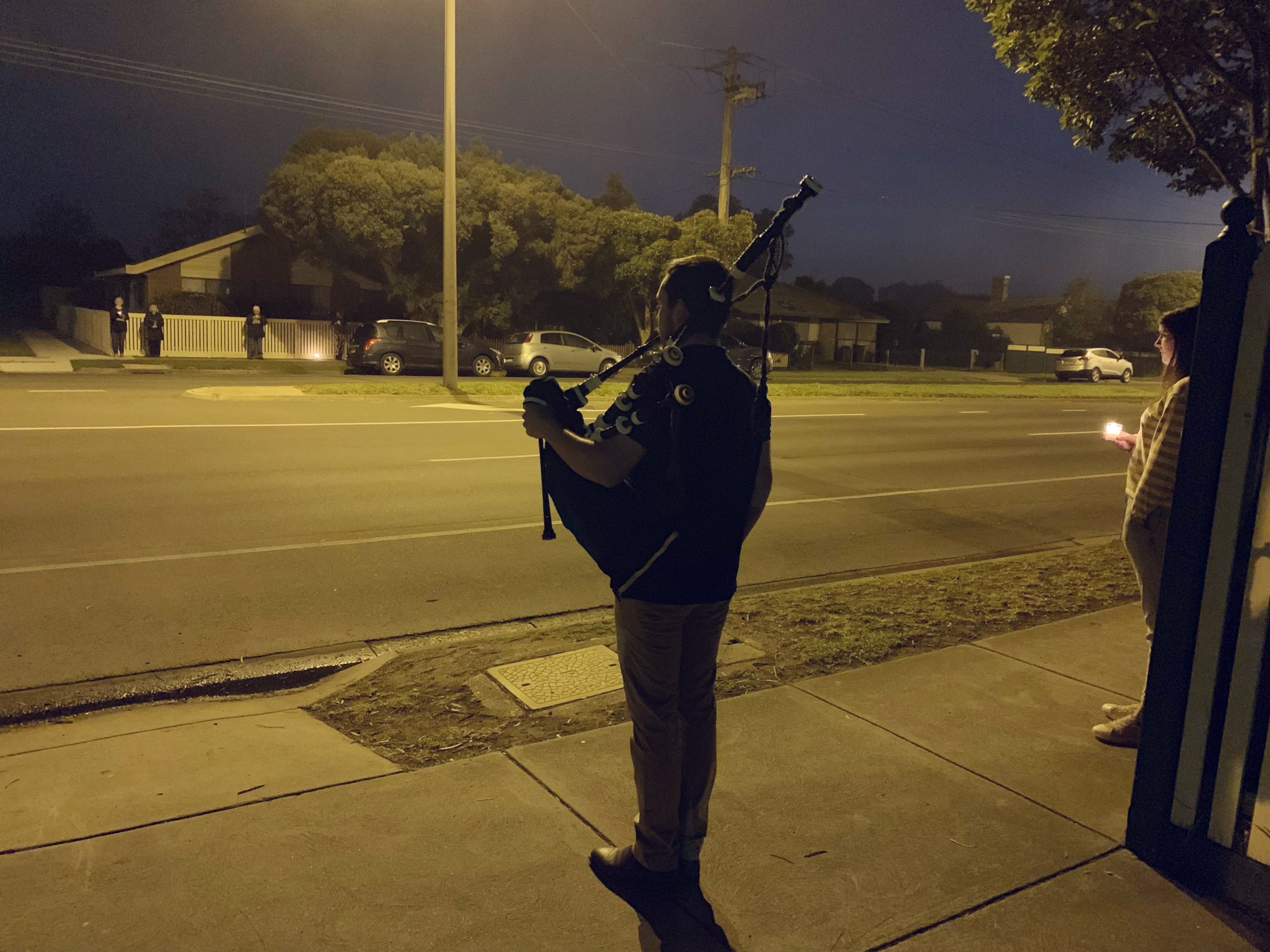 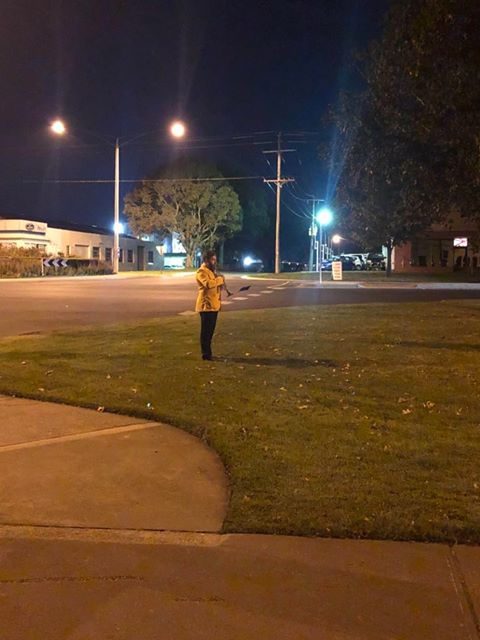 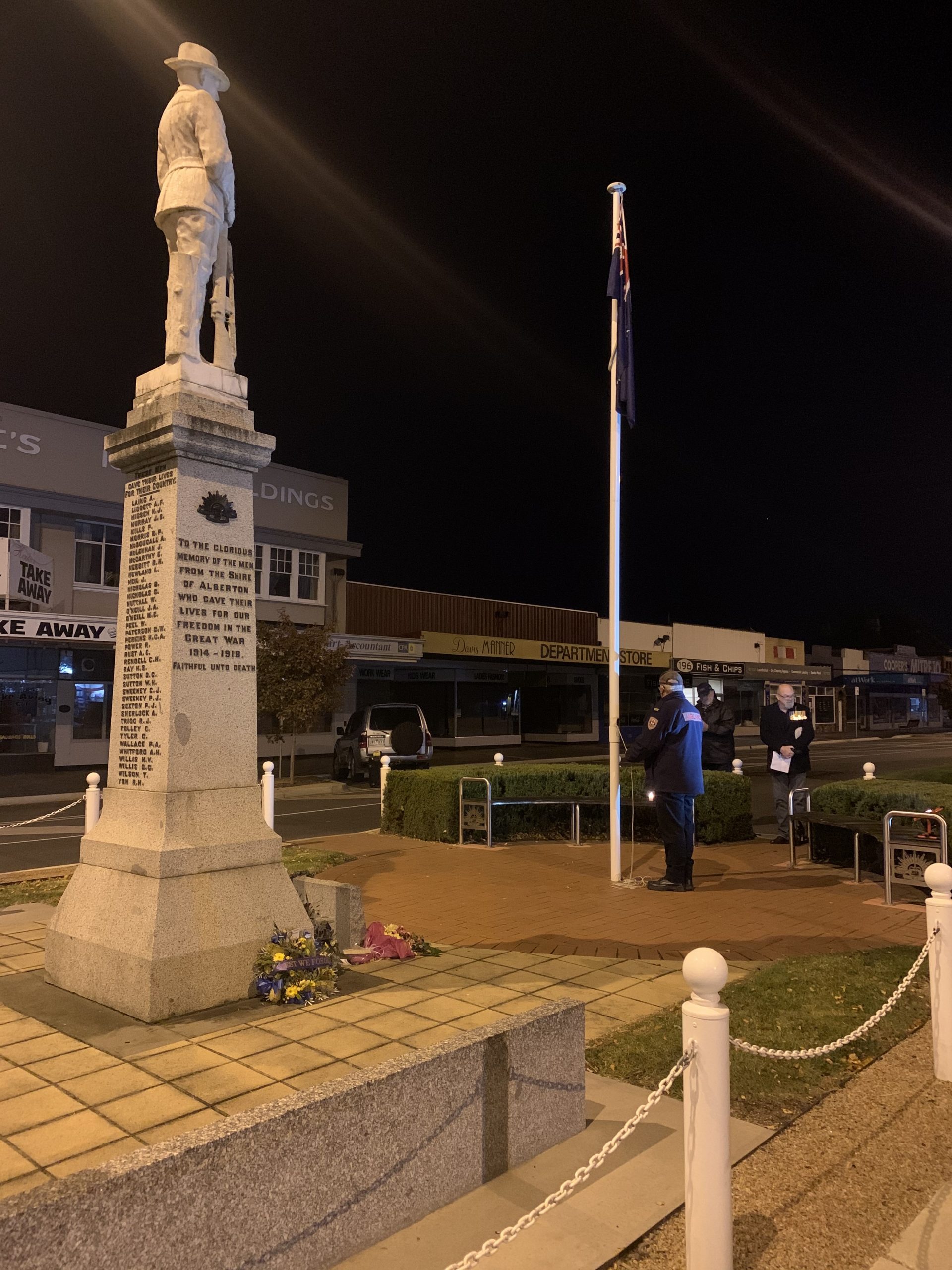 WHILE we couldn’t stand near each other this Anzac Day, it was clear we were standing together.

On an Anzac Day like never before, traditional services were called off as part of restrictions to reduce the spread of COVID-19.

Instead, people from across Australia and New Zealand rose in Saturday’s predawn to stand at the ends of their driveways, on footpaths, in paddocks, on balconies and in their living rooms, and paid their respects to Australia’s servicemen and women.

Two buglers could be heard through the dark sounding The Last Post and Reveille, coinciding with the national Anzac Day service being broadcast from the Australian War Memorial.

Sale City Band members stood in their driveways at 6am and 10.30am in uniform, playing The Last Post and observing a minute’s silence.

Bugler Jake Tilley played The Last Post at Maffra cenotaph for the 13th consecutive year, except this time to no crowd.

Across the shire, it was a similar story as people did what they could to remember those who give and gave so much for Australia – lighting candles, wearing poppies and singing the national anthem.

Some residents had also created their own wreaths to adorn their front fences and front verandas, and others set up Anzac displays.

The Riches were one such family, solemnly standing at the end of their driveway before dawn for a moment of reflection – for those who have served or are currently serving.

They have only been in Sale for a year and a half, after Rachel was posted to RAAF Base, East Sale.

The family shifted from Brisbane, where Rachel served “a few stints” at RAAF Base, Amberley.

They left behind Rachel’s parents and older brother, all part of the RAAF, all based at Amberley, and have all seen overseas service during their careers.

Rachel said self-isolation was comparable to being deployed – “don’t leave the compound”.

“The isolation at the moment gives the rest of Australia a taste of what it is to have to do it hard and go without a couple of things, have some restrictions,” she said.

Rachel said this year, COVID-19 was taking its toll on Defence families, particularly those separated by operations and deployments.

“Our thoughts go out to the families who are in isolation and can’t have their loved ones with them, which is an additional level of worry and stress for them,” she said.

“There’s families out there who are isolated and don’t have support in location.

“We don’t have anyone down here – it’s just our little family.

“All our [extended] family is either in country New South Wales or in Queensland.

“So our thoughts go out to those who don’t even have their spouse there at this point in time and are doing it tough.

“Freedom isn’t free – sacrifices are made so we can be at home and be isolated and be safe.”

In Yarram, an amplified broadcast of The Last Post and Reveille could be heard across Yarram, thanks to a sound system provided by Robertsons Beach resident Bob Wenger.

Mr Rogers recited The Ode and laid a wreath, saluting the fallen, and recited the Kohima Epitaph “When you go home, tell them of us and say, for your tomorrow we gave our today”.

“Apparently it could be heard out along Church Rd and well past the Country Club,” she said.

About 15 groups and individuals placed wreaths at the cenotaph during the morning including schools and the Red Cross.