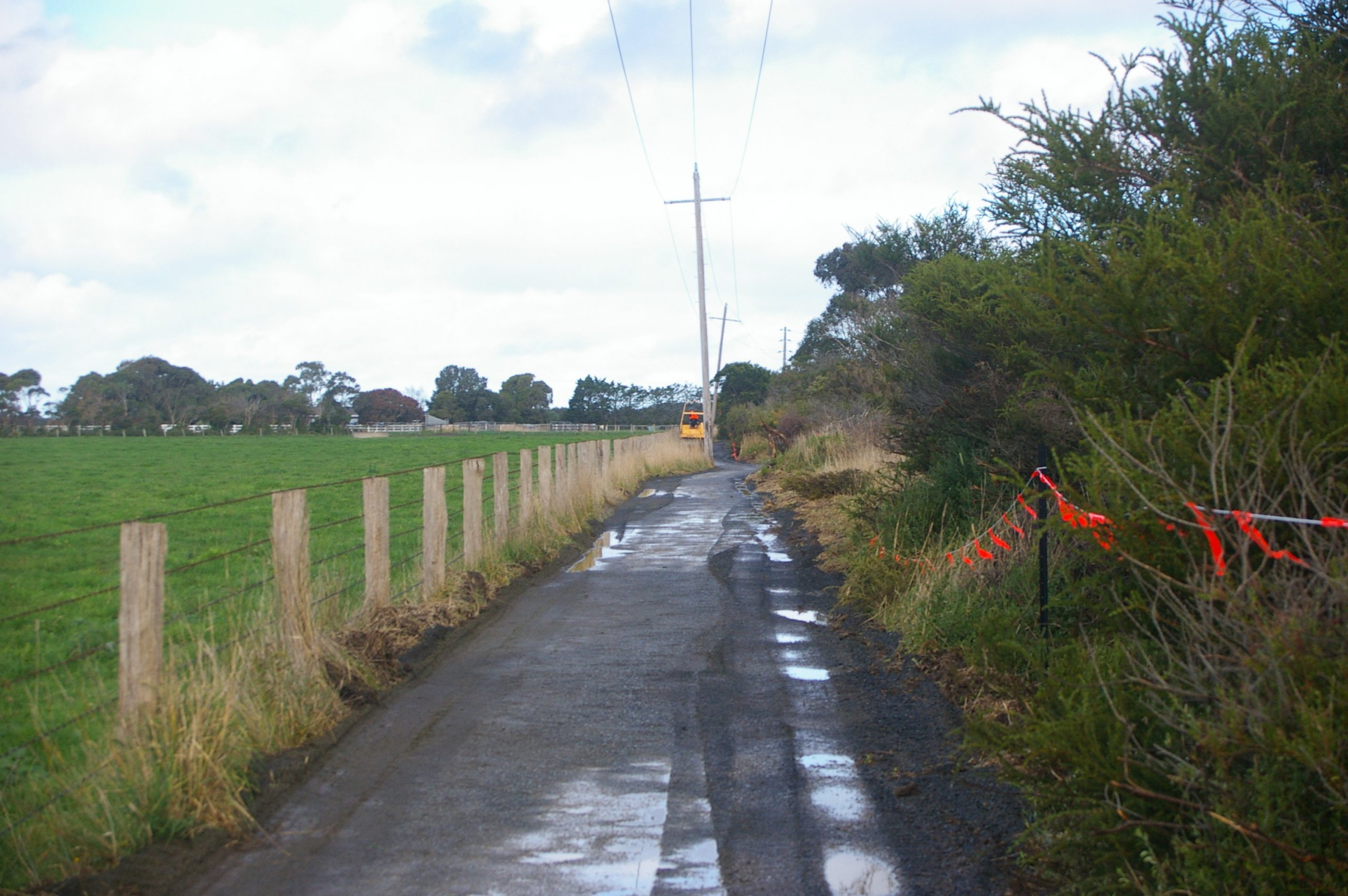 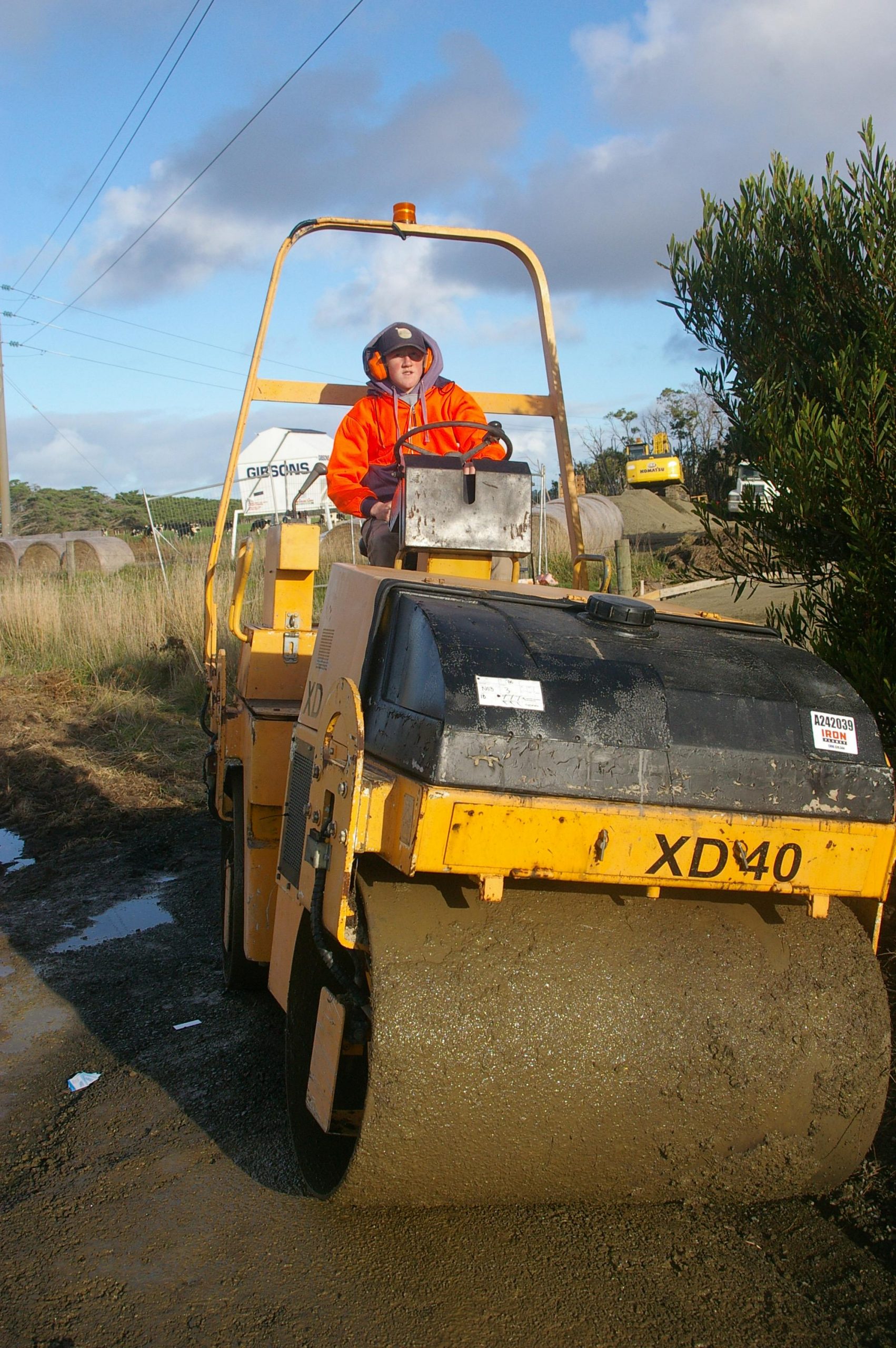 CONSTRUCTION of the long-awaited Alberton to Port Albert section of the Tarra Trail is underway.

Contractor Clint Kelly Excavation has pushed the foundations for the 2.5 metre wide shared pathway from the South Gippsland Highway at Alberton down Strzelecki St, across the Alberton-Tarraville Rd and south towards Port Albert.

As the new trail is not being built on old railway ballast, the path is being made with compacted bluestone and compacted with a heavy roller to ensure stability and longevity.

Concrete crossings and pathways will be at high use points, and drainage and native vegetation protection are also included in the project.

The Alberton township connection from the existing trail has been made safer by the recent upgrade of the shared pathway on the western side of the highway as far as the primary school, with a concrete path and rider-friendly bollards protecting pedestrians.

Once completed, the six kilometre path will deliver the trail originally envisioned when the plans for the Tarra Trail were completed in 2005.

The first section of the trail, from Yarram to Alberton, follows the former Great Southern Railway easement and was completed just over a decade ago, with an official opening by then Gippsland South MLA Peter Ryan in 2011.

Proponents of the trail had initially hoped to connect the Yarram trail with the Great Southern Rail Trail, which South Gippsland Shire Council built from Leongatha to Port Welshpool.

While this has yet to become more than an aspiration, Wellington Shire councillor Garry Stephens has expressed hope it may soon be achievable.

He said the project was listed for discussion at the next council workshop, with the state government at present offering $500,000 toward the cost.

“I’m very keen to see this project get up as I see it as extremely valuable for tourism in this region,” Cr Stephens said.

If the project is taken up by council, it would be responsible for the construction of the entire 18km section to Welshpool, projected to cost $3.4 million.

It is understood South Gippsland Shire Council would contribute $150,000 for the section from Welshpool through Hedley, with Wellington Shire contributing $350,000 for its section of the trail.

An additional $2.5 million would need to be sourced from the federal and state governments.

It is also understood the project has been listed as an item for consideration for construction during the 2021-2022 financial year.

If completed, the trail would link Yarram to many of South Gippsland’s tourist attractions, such as Port Welshpool’s Long Jetty, and extend the already popular rail trail into Wellington Shire for the first time.