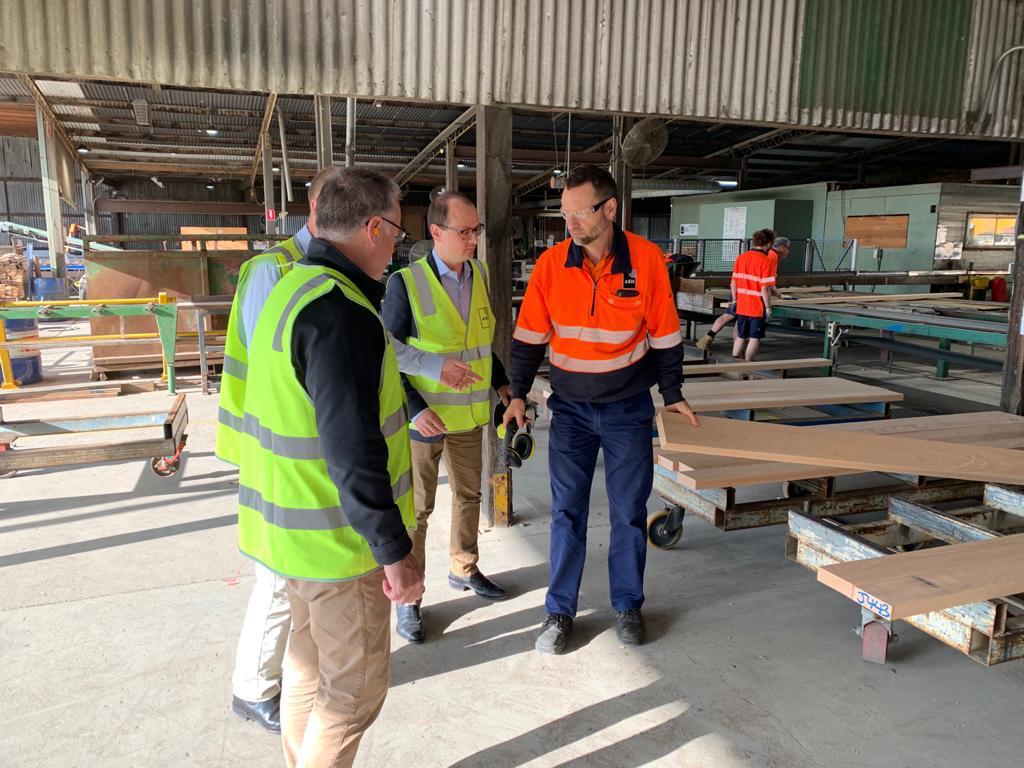 A LABOR Senator has this week expressed concern about the sustainability of the timber industry.

In a speech to the Senate on Tuesday night, Raff Ciccone said all levels of government needed to support the industry and its workforce, especially after a recent Federal Court ruling.

“This figure represents the value of growing, harvesting, hauling and processing native timber.

“Whilst this is a significant enough figure in its own right, when you take a more fulsome view of the industry and incorporate secondary processing and downstream economic activity, this figure of output grows substantially to $1.4 billion.

“I don’t think I need to tell anybody in this place just how substantial a $1.4 billion industry would be to any part of regional Australia.

“In the context of this industry it represents almost 5000 jobs.”

Senator Ciccone said the workers who held these jobs, existed in all parts of the supply chain.

“They’re full-timers, part-timers, casual workers – some veterans of the industry, and others apprentices.

“In the state’s north-east, in Gippsland, in Tambo, they are the fabric of their communities, the backbone of their local economies.”

Senator Ciccone said each job in the timber industry was of value, and “every single one is worth fighting for”.

“As a Senator who represents these workers, I am concerned about the future sustainability of their industry,” he said.

“I am concerned that this is an industry that is largely under siege and that governments at all levels are not doing as much as they can to support it.

“The recent decision by the Federal Court, putting in doubt the validity of elements of the Central Highlands Regional Forestry Agreement, only serves to provide further uncertainty to an industry that all of us should be proud of.

“Whilst the full impact of this decision is yet to be realised, I know that it is one that is of great concern to people who live in these areas and count on these jobs to support their families.

“I know because I have spoken to them.

“I have visited these mills and met these workers.

“I have seen firsthand the value this industry offers to their towns both big and small.

“The Federal Court’s decision isn’t what the industry was hoping for, but it’s by no means the only thing that is serving to put the livelihood of these workers at risk.

“Nor, might I add, it is not the first time that activists have sought to damage this industry by exploiting our judicial system.”

Senator Ciccone said a report by Deloitte Access Economics in 2017 found the demise of the Victorian native forestry industry would have significant impacts beyond its mere economic footprint.

“It argued that the native hardwood industry is an important employer in regions where limited alternative employment exists, and that without it these regions would suffer significant negative social impacts,” he said.

“We cannot allow this future to be realised and the workers in this industry should know that they can count on us in the place to work cooperatively with those in other places to protect their livelihoods and to honour the dignity of their work.”