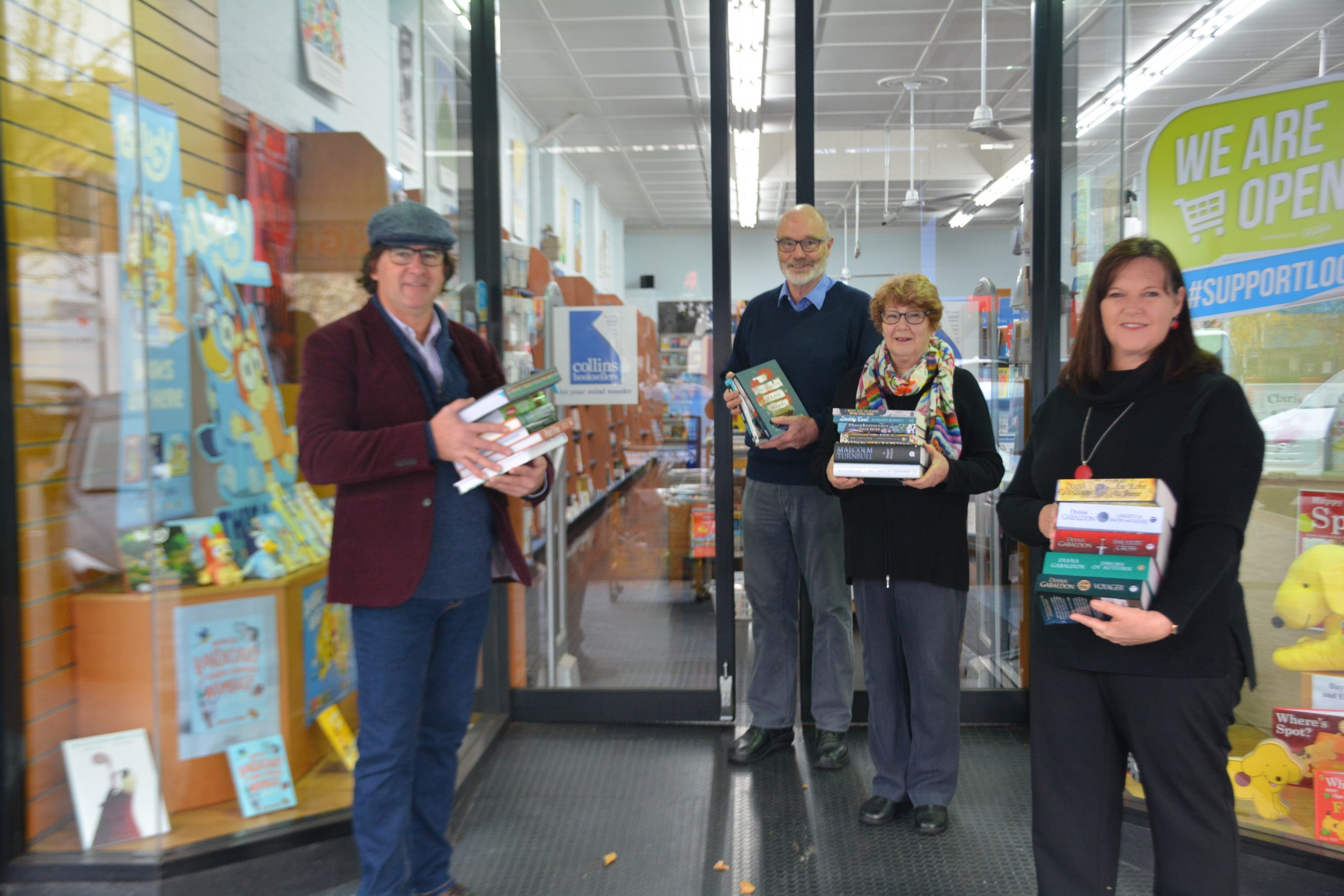 A LOCAL couple is embarking on a new chapter, taking over Collins Booksellers, Sale.

It was initially feared the bookshop, which has been operating in Sale for more than 30 years, would close after long-time proprietors Liz and Trevor Watt decided to launch into a well-earned retirement after 27 years in the store.

But now Natasha and Daryl Hunt have taken over the reins – and they’re brimming with enthusiasm.

“Daryl saw the ad and I made the call the next day – and then COVID hit,” Natasha said.

The pandemic has held everything up, but the wait has been worth it, with the transfer finally made on July 1.

“It’s a dream job – we’ve always talked about it, but never thought it would happen,” Natasha said.

“We looked at it a couple of years ago, but the timing was wrong as we had too much happening.

“When it came up this time it all fell into place.”

Natasha has always been a voracious consumer of books. “Reading and writing is a lifetime passion,” she said.

In a sense, she has come full circle – Natasha worked in the store straight out of school at the age of 18 when well-known local couple Jim and Jan Pennell ran it.

Later on, she served her cadetship and worked as a journalist with the Gippsland Times under her maiden name, Natasha Jones.

Life then took twists and turns with children, and jobs in training and development.

This has meant working away in Traralgon and Bairnsdale, but having been back in the Sale area for five years, Natasha and Daryl are keen to cement their place here.

“Fancy getting out of bed every day and being able to spend my whole day around books, authors, publishers and people interested in books?” Natasha said.

Daryl will be making appearances in the store between his shift work in the Latrobe Valley and working on their farm on the outskirts of Sale.

Natasha says he will also come in handy when it comes to advice on DIY books, including those with a gardening, beekeeping and self-sufficiency focus.

The Collins franchise will stay.

“I’m not going to go and fix something that’s not broken,” Natasha said.

“The shop is really successful and has a lovely feel about it.”

“Certainly next year, we’ll also be hoping to host a range of events, including visiting authors,” Natasha said.

The book store already has a good relationship with Wellington Shire Council, The Wedge and library and the local school communities.

“We want to build on that arts, culture, literary space,” Natasha said.

Another focus will be children, and inspired by their five grandchildren, Natasha wants to introduce story time for little ones.

“I want kids involved in reading – it’s so important,” she said.

“She has been an institution in the store,” Natasha said.

Outgoing owners Liz and Trevor Watt said the store was in good hands as they passed on the baton to the Hunts.

Reflecting on nearly three decades of service to the Sale community Ms Watt, said one of the biggest thrills was seeing children come into the store to pick out their favourite books.

“Seeing the children over all those years, that have come through, the reluctant readers that we’ve turned into readers and just sharing the families that have been our customers has been just wonderful,” she said.

The store has also hosted a number of prominent authors, including Don Watson, Toni Jordan, Peter FitzSimons and Graeme Simsion.

“Graeme Simsion, author of The Rosey Project – we probably did his first big event when that came out and it was a really fun night,” Liz said.

Naturally, the bookshop has also been a hive of activity when popular new releases are on the horizon, with people lining the streets to grab a copy.

“John Marsden’s Tomorrow series books have been popular and, of course, the Harry Potter books as well,” Liz said.

“When the Harry Potter books came out, because it was a worldwide release, we had street parties and Darren McCubbin was the town crier campaigning up and down the street.”

Liz and Trevor said they were looking forward to travelling and spending time with their grandchildren in retirement.