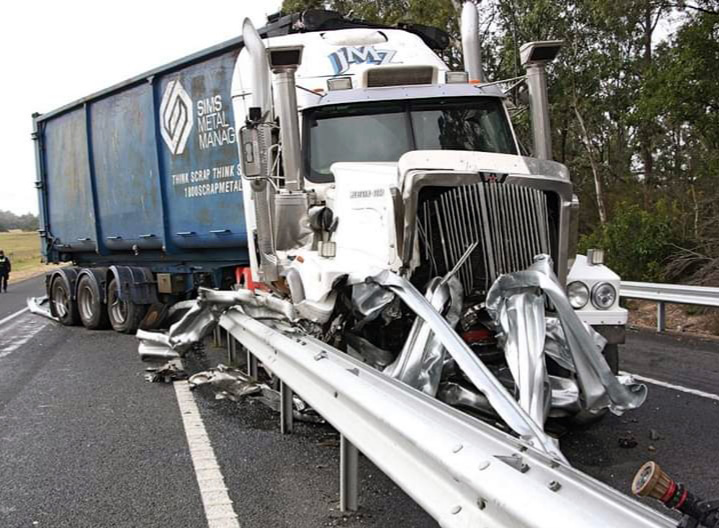 It also found the rollout of road safety barriers was badly managed, with cost blowouts and poor record keeping, and VicRoads may have overstated the efficacy of barriers and inflated cost-benefit ratios.

Gippsland East MLA Tim Bull has asked for a specific investigation into the Princes Highway between Sale and Bairnsdale.

“I have spoken to the Auditor-General and asked that he consider a separate report into this stretch of road, which has had a spate of serious heavy vehicle accidents, and which truckies who travel the country refer to as the worst section of highway they’ve seen,” Mr Bull said.

“I have provided the Auditor-General with a copy of the third-party concerns that have been raised, including road safety experts, freight companies and emergency services workers, along with photos of the numerous heavy vehicle accidents that have occurred.

“Many of the complainants are not opposed to the barriers, but rather the fact they are not installed in line with VicRoads’ own standards, as pointed out in the original report.

“In short, the road is too narrow, and this is confirmed both in the Auditor-General’s report and a response to me from the minister.

“It was the cost of earthworks and vegetation offsets that did not allow them to meet their own standards.

“To me, this means vegetation offsets have been prioritised over safety outcomes, and this is a point I hope will be at the heart of what will be investigated.”

Mr Bull said his overarching concern was with VicRoads.

“There still remains an unwillingness to acknowledge the concerns and that the installation is flawed,” he said.

“Responses to complaints appear to be protective of the work and program and dismissive of specific complaint details, with often a general response that ‘barriers save lives’ commentary, that does not answer the individual concerns of the complainant.

“The Auditor-General stated ‘wide offsets give vehicles room to safely pull over when they need to. If an offset is too narrow, then vehicles will intrude onto the road lane when they pull over, which creates a traffic hazard. This is especially dangerous on single-lane roads that have both a median and left-hand side barrier.’

“We all know this, so why did VicRoads seek an exemption to make it less safe for motorists?

“The answer was to keep the project within budget – so it’s here in black and white that VicRoads has sought exemptions to its own preferred standards to reduce costs.

“The centre barrier is also too close to fast-moving traffic, and according to road safety experts and drivers, is the reason for the number of barrier strikes.

“I would look to have these two points, which are heavily related to the road width issue, properly addressed and some solutions recommended.

“The Auditor-General has done a great job highlighting the deficiencies of this program – now we need his office to take a closer look at the on-the-ground ramifications.”