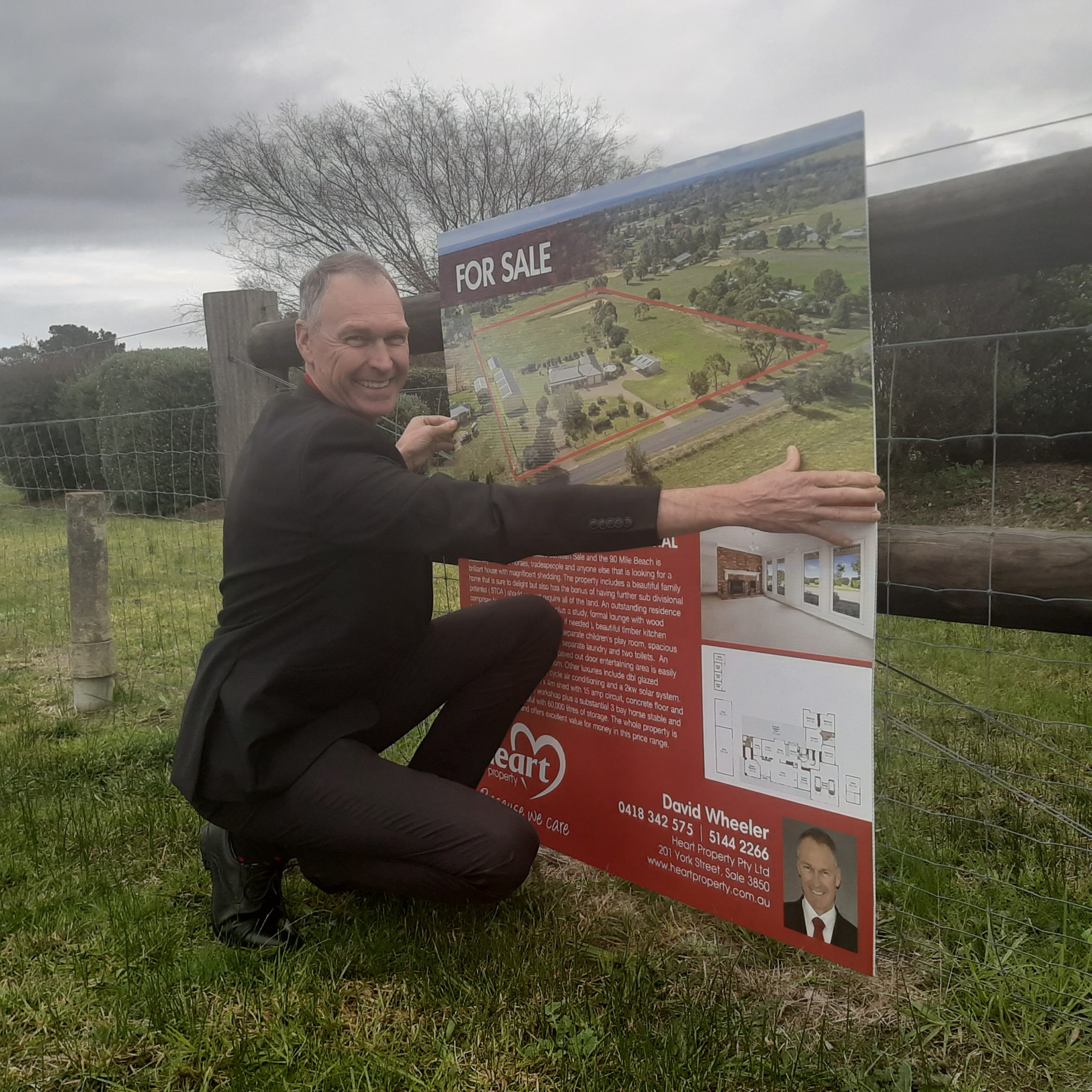 IT could be a story from a parallel universe or an episode of The Twilight Zone, where hard work and determination gets you a job for life, banks are friends not foes, and houses can be bought for as little as $16,000.

But real estate agent David Wheeler, who owns Sale real estate business Heart Property, has seen it all in his four decade-long career, and says that a former way of life wasn’t so long ago.

David has just celebrated 30 years of running his own business, and 40 years in an industry that has ridden – and survived – the many waves of transition and change.

“I can’t believe it’s been so long; it’s quite amazing given that we were considering closing the business before we even opened back in 1990,” he said.

David’s story of opening his first real estate agency could have ended quite differently, after he put all his money into Pyramid Building Society and saw his dreams evaporate, along with hundreds of other investors as the society collapsed with debts of more than $2 billion.

“I had just got married and left a job interstate to return to Sale where we had bought a house and were about to start the business, so we had no listings, no income, no money and no idea what to do,” he said.

“But my parents were fantastic, and while it would not have been easy, dad just said ‘well, we’ll back you’, so we were able to open.”

Being a “born and bred” local who already had strong family, school and community connections, it didn’t take long for David to make a name for himself as a reputable and honest real estate professional.

By the end of the month, he had repaid his father’s trust, and the agency had five listings.

Within three months, he had sold three properties, and the rest, as they say, is history.

Today, despite COVID-19 and fears of a real estate collapse, business is booming.

David says sales are far from down, and he is surprised to have more genuine buyers than listings can satisfy.

“Enquiries are down around 60 per cent, but strangely enough sales are up,” he said. ‘”In fact, last month was one of the best months we have ever had – I think with what’s happening in Melbourne, people want to move away.”

Last week, David reflected on the industry and the ever-changing property market during the past 30 years.

“Back then, there were no mobile phones or internet listings, and most properties were “open” listings that agencies couldn’t protect, so you really had to build trust with clients,” he said.

“That trust is still essential today, but there are major differences in the way we operate.

“For instance, with everything digital and people time-poor, I have sold houses and even rented properties to people in other states without even leaving my desk.

“It sounds strange, but it’s so much more efficient now and better for everyone.”

Another change for the industry is the increased industry competition, which has meant improving standards and accountability, and for clients, getting the service they deserve.

“These days, there is an expectation that we have to deliver, and that’s a good thing for the industry – if we don’t pick up the phone within three or four rings, that client will think twice and can just move on to the next agency,” he said.

David says it had been an interesting journey for him, with no time to be bored and every decade coinciding with a major personal or industry shift.

“I am excited about the industry’s future and I’ll keep doing this as long as I can – I still enjoy meeting people and seeing the joy they get out of buying or selling a property, and I still love it.”