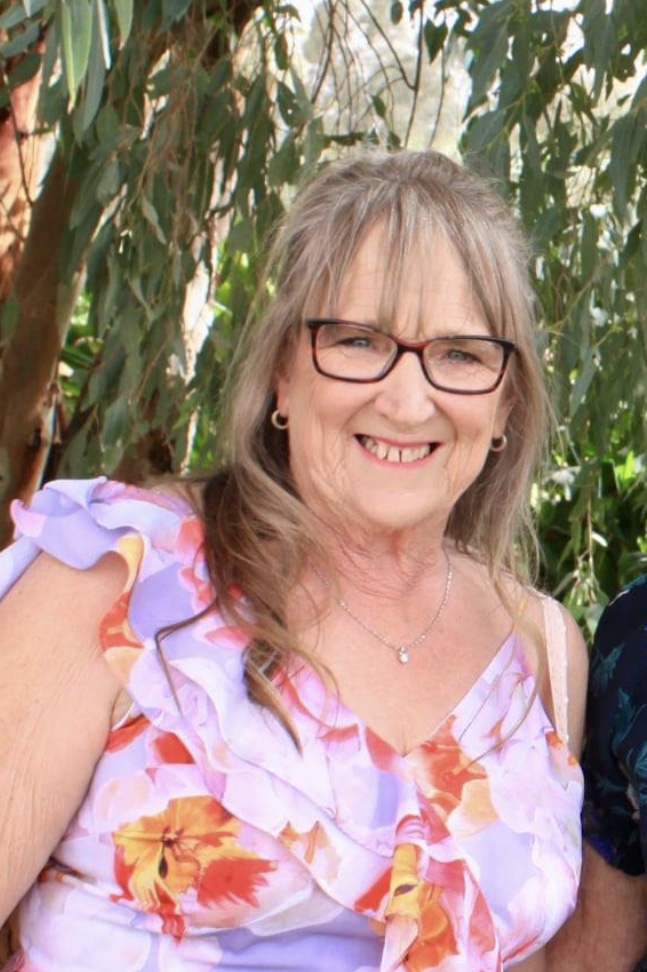 AFTER a childhood growing up in foster care and fighting against a system that she describes as broken, Gippsland’s Heather Baird is still in full battle mode.

A baby of the 1950s who wound up in out-of-home care at the age of two and a half, and has experienced more than she cares to detail, the now 65-year-old has more energy and passion fuelling her efforts to improve the lives of foster children and untie the knots of the system, than many half her age.

Heather is the founder of A Better Life for Foster Kids, a grass-roots volunteer organisation that provides ‘crisis cases’ for children going into care, and advocacy and support for foster families.

After six years of operating from its Sale base, the organisation has morphed into a much bigger and more powerful defender of children’s rights and the welfare system as a whole, and is about to undergo an exciting expansion which will result in the number of depots that distribute crisis cases grow from three to 15 around the state.

Heather says that will effectively enable the team to provide crisis cases to every single child living in out-of-home care in Victoria.

In addition, under a separate banner of Foster Kids and Carers United Ltd – a soon-to-be launched public company – Heather and a newly-formed board are getting ready to invite law firms to provide pro-bono legal work and advice to the carers who advocate for children through the department and the legal system.

Heather says she feels proud to be able to stand up for children and carers, and to be able to challenge some of the unshakeable beliefs that lie behind questionable department and agency decisions.

“The welfare system is not what people think; there is no awareness out there of what happens, and we need to change that so there is permanency for kids, and enough support for carers,” she said.

Because of her experience in the foster system and her advocacy work, she has earned a level of respect as someone who shoots straight from the hip, but has the best interests of the children and the foster community at heart.

And because of her ‘tell it like it is’ approach, she gets things done and has managed to build relationships with federal politicians and top department officials.

“I can open doors for ministers to get involved in welfare cases, and have done so – I have a good relationship with [Gippsland MHR] Darren Chester, [Eastern Victoria MLC] Melina Bath and [Gippsland South MLA] Danny O’Brien for example, and they have been a great help,” she said.

Those connections help to ensure children get the care they need, and carers are supported to provide care when a parent is unable to.

Heather has sent letters to every single parliamentarian in Victoria calling for permanency for children in out-of-home care, and also calling for a mandatory two-year mentoring system for new case workers, to ensure that people coming into the system have experience and first-hand understanding.

“You get 19 and 20-year-old kids coming into the system with very little life skills making life-changing decisions about children, and that’s not ideal,” she said.

“We need change in the system; it is no longer a welfare system, but an industry.”

“The carers have enough to do keeping these kids at home and at school, and dealing with traumatised behaviours; all these kiddies come from trauma backgrounds, that is why we shouldn’t be putting extra burdens on these kids or the carers, including personally or financially,” she said.

Heather is in a private carers’ support group of about 600 foster families, and says she believes her lived experiences are what brings carers to her when they are trying to navigate the welfare system or when they need practical help.

As the link between the child, child protection and agencies, carers are an essential part of the child’s experience with the world, but Heather says they don’t always get the acknowledgement they deserve, and are kept out of many decision-making processes.

She says without support, many carers would have left the system and there would be an even greater need for foster home than already is.

According to Berry Street, one of the state’s biggest foster care providers, at least 400 more carers are needed to fill the demand currently overwhelming the system, largely because carers themselves are overwhelmed.

While demand skyrockets, the number of foster carers across the state has dropped by 35 per cent since the beginning of the year.

The Foster Care Association of Victoria data shows that carer recruitment and retention is in alarming decline.

“There are no office hours to this service we offer,” Heather said.

“I get calls at all hours from carers devastated by the system.

“Many of them have been ready to walk, but with advocacy and support, they stay,” she said.

Having worked in the Department of Health and Human Services while on student placement for a Diploma of Childhood Services, Heather has some understanding of the inner workings of the department.

And while she feels some department policies are misguided, she has great admiration for department staff, most of whom she says are working against a system that fights them.

“From as long as I can remember, I have wanted to be in this role, to stand up for the kids and the carers in the system,” she said.

“I’ve never been one to leave something alone if it’s not right.”

Since launching A Better Life for Foster Kids in 2014, Heather and her small but dedicated group of volunteers and supporters has supplied about 1500 crisis care cases to children around the state entering foster care, providing each with everyday essentials.

It might sound like a simple gesture, but Heather says for the children and their new foster families, the cases provide dignity in a time of trauma, along with the reassurance and comfort that comes with knowing there are people who care.

The contents of the crisis cases have not changed since Heather’s long-held idea came to fruition in 2014, with each one including age-appropriate toiletries, three sets of clothes, including one ‘good’ set for special occasions, a book or a toy, and a handmade teddy and handmade blanket.

The cases give foster children something that belongs only to them, and gives carers time to give the child the one-on-one attention they need in their first week of care.

“From the feedback we get, we know that the crisis cases mean a lot to the kids and to the foster family – just making life a little easier at a difficult time.”

Heather says she could not do what she does for children in care without the generous support of her volunteers, businesses and the local community, who have all “embraced us” to ensure the wheels keep turning.

The organisation, which does not receive government funding, relies on private donations and philanthropic grants, and always welcomes new donations, particularly in this difficult COVID-19 environment of budget restraints.

Heather says that as a result of the economic fallout of coronavirus, monthly contributions to A Better Life for Foster Kids’ have dropped significantly.

Volunteer numbers are also down, as people stay home amid health fears and social distancing requirements.

“We have to protect our older volunteers, and we ask that they no longer come in at the moment, so I am so grateful to my regular three or four who do come in to sort out the crisis cases and keep things going,” she said.

“Without them we wouldn’t be able to do this.”

To make matters worse, the delivery of crisis cases to depots in regional areas of Victoria has been put on hold because of travel restrictions until a deal can be struck with a local transport company that can help out.

Asked why she keeps going, despite ill-health herself and the difficulties of the current environment, Heather doesn’t hesitate.

“If I can keep one kid in a permanent, safe and nurturing home, I’ll be happy – it’s as simple as that,” she said.

“I don’t want children growing up the way I did.”

For more about A Better Life For Foster Kids, visit abetterlifeforfosterkids.org.au.