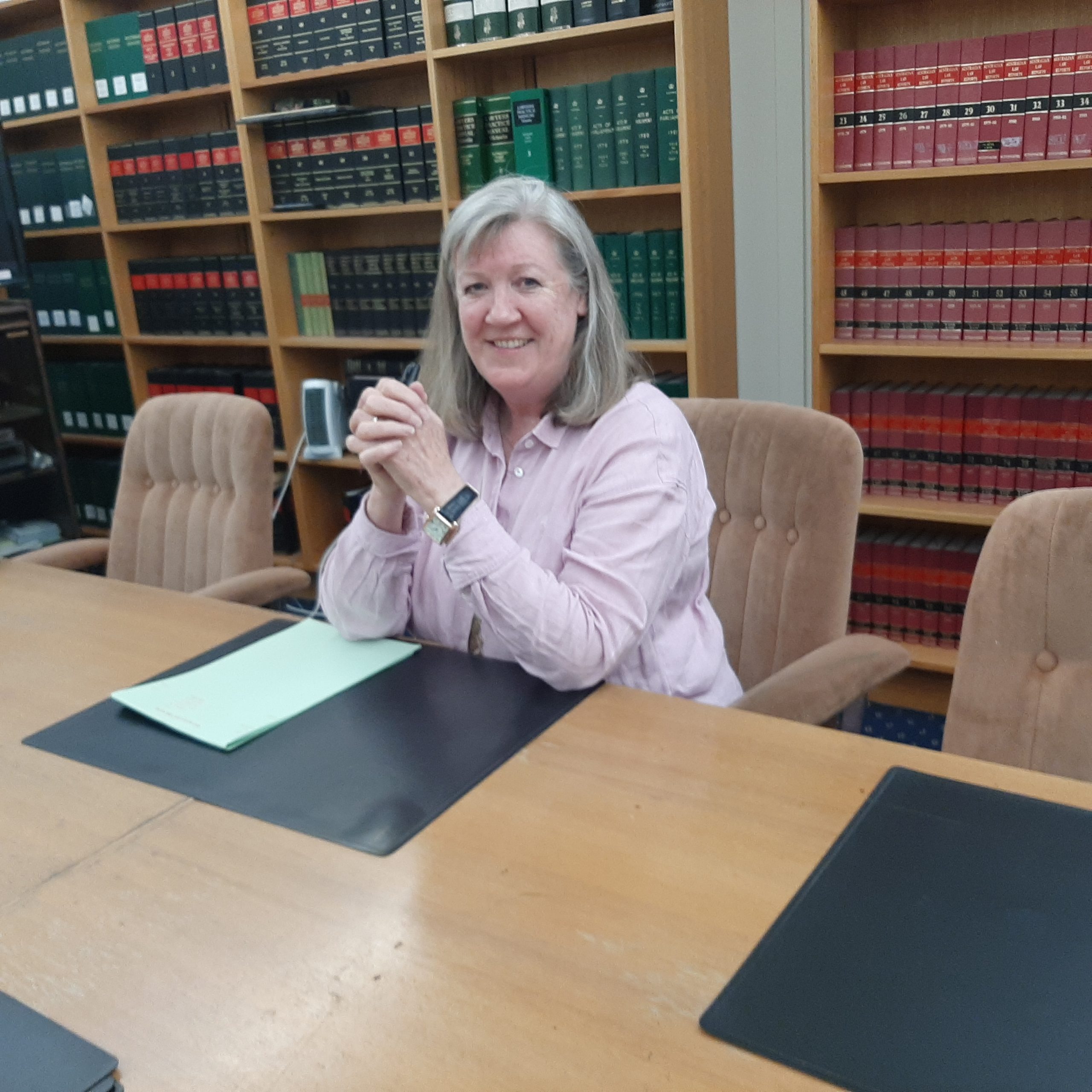 It’s not just their frustrations over trying to negotiate a lengthy and complicated visa system, it’s the sad reality that some have been torn from loved ones, uprooted from their homes, or faced a life of abuse and hardship.

Susan became a migration agent four years ago after years of teaching English to migrants at TAFE Gippsland and hearing their tales of battling a daunting visa system that can be inflexible and confusing.

“I’m interested in people, and every story has a human element – you can’t make judgments about people until you meet them and listen to their personal experiences,” she said.

“There are always many, many layers to people’s experiences.”

As highlighted by the recent SBS four-part documentary Who Gets to Stay Here, migration is not an easy process.

Every three minutes someone gains permanent residency in Australia, but every year more than 40,000 are rejected.

There are presently more than 200,000 people waiting to have their citizenship applications processed.

Everyone except the royal family must have a visa to come to Australia, but immigration laws are by their very nature fraught with conflict, being the basis of a system that must take into account the Australian public’s expectations in the context of human rights and competing interests.

Working mainly in the areas of skilled worker visas and partner visas, Susan said she would love to see the system change from a combative one to a more compassionate and flexible one, after seeing the process take years and cause “unreasonable” stress to applicants.

She said one of the most common errors in her experience were visa applicants who didn’t get the right advice, and there was little leeway for people who made mistakes in a system bound by strict rules.

Not only is it illegal for unregistered people to give visa advice, it can be expensive, with non-refundable applications costing upwards of $8000 and the high chance that an incorrect application can thwart any chance of future success.

Regardless, in some industries that rely heavily on migrant labour, the dishing out of incorrect migration advice leading to “false” visa applications is a consistent problem.

“It’s a racket – there are always plenty of people who will take advantage of people’s naivety,” Susan said.

Applying for Australian visas can be like walking through a minefield, with literally dozens of visa types to fit a myriad situations, and the rules are constantly changing.

Many get caught out.

“For example, I have worked with people who have come to Australia from Malaysia on a visitor visa to work in the horticulture industry with the intention of applying for a baseless protection visa,” Susan said.

“But that’s not a pathway to Australia, and they’ve spent all this money to get a visa that’s not going to help them in the long run.

“These operations should be stamped out.”

Susan said there were many misunderstandings and misconceptions about the migration process, particularly among people wanting to sponsor partners and who naively believed love and marriage were a guarantee of permanency.

“Most people have no idea about the process of bringing a partner to Australia, and they often assume all they have to do is get married,” she said.

“But no, no, no, it is very difficult, it can take several years, require lots of evidence, and be a very stressful time for the people involved – and not all are successful.”

One couple Susan has been helping were devastated when the immigration department refused the woman’s permanent entry visa, despite her having a five-year-old child.

“We have appealed and we are now up to the fourth year, but it will probably take another six months to get to a hearing,” she said.

“For people who are separated in different countries, it’s a horrible situation.

“I get people anxiously ringing a few months after we’ve put in an application to bring their loved ones over, and the frustration in their voices is heartbreaking.

“In reality, they won’t hear anything from the department for a very long time.”

Another is an Australian man who had lived in Tanzania for years, and married a local woman.

Tragically, he was diagnosed with a brain tumour and was operated on in Tanzania, but was sent home by his doctors, who felt he would get better follow-up treatment in Australia.

His wife was able to accompany him on a visitor visa, but when she had to return in line with her visa conditions, her next application was refused on “genuine temporary entry grounds”.

They then applied for a partner visa, along with another visitor visa, but in between the lengthy time it took to process the applications and the bureaucracy involved, the man died.

Despite a visa eventually being fast-tracked thanks to intervention by Gippsland MHR Darren Chester, to allow the man’s widow to attend her husband’s funeral, help came too late for this family.

“That’s one of the sad things you see – because someone in DFAT in Nairobi said ‘no’, she wasn’t allowed to come to Australia in her husband’s hour of need,” Susan said.

Another area Susan would also like to see change is Australia’s “hard-line” approach to people with criminal records, which she says has led to some unjust and inhumane decisions being made.

“I see people who have lived in Australia all their lives, but because they have received a jail sentence of more than 12 months, their visas are automatically cancelled,” she said.

“It’s very sad – they are often people with limited skills or learning difficulties, and I think we need to be more compassionate.”

One of Susan’s clients, whose Australian mother was visiting New Zealand when he was born, has been caught up in the incongruence of the laws.

“He’s lived in Australia since he was just a few months old, has a mother and father here and a wife and children, but is facing deportation, even though he has no connection to New Zealand at all,” she said.

“It’s really tragic – he has the right to appeal but because of the cost of fighting it, and the emotional toll it is taking on him, he has given up and says he’ll just have to accept it.”

Another client from Fiji was refused a visa, but because the decision was made by the minister, there is no right to appeal, so the fight is over.

“Once a decision goes through all the processes and gets as far as the Minister, there are no further appeal rights, so that is it,” Susan said.

While many Australians don’t have much sympathy for the people being deported, Susan said it was essential to know the “full story”, and that’s something often not told in the media.

Even then, getting a visa is not the end of the chapter.

People who inadvertently or otherwise don’t comply with their visa conditions won’t get much sympathy from the department decision-makers.

Susan had one client who overstayed his second three-monthly exit requirement on a 12-month visa by one day to take advantage of a cheaper airfare, resulted in him having a long, brutal road ahead to be able to apply for a partner visa.

Another area that keeps registered migration agents like Susan busy in rural areas are visas that allow businesses to employ workers through labour agreements, not on the usual skilled visa lists.

These agreements are particularly useful in dairy and vegetable growing regions, where they enable approved businesses to sponsor skilled overseas workers when there is a demonstrated need that cannot be met in the Australian labour market and where standard temporary or permanent visa programs are not available.

But COVID-19 has added another layer of difficulty to the visa application process, with some people unable to fulfil all their application obligations because of business closures, and others unable to travel because they are offshore and so can’t apply from Australia.

In addition, because of COVID-19-related restriction, visa processing times have been affected and applications are taking even longer to finalise.

It has also changed the demand for skilled workers, with the need for hospitality workers dropping to nil because of restaurant closures, and the demand for health workers skyrocketing.

In a climate of high demand, the process is still lengthy and overwhelmed with bureaucratic delays.

While the rejected applications and the ones that get drawn out for years can drain the energy and hope of all involved and keep Susan awake at night, she says the hundreds of happy endings that have resulted from her dealings with visa seekers are the ones that still motivate her.

“Look, most of the cases we see have positiveoutcomes, and that’s the most rewarding aspect of this,” she said.

“One of my recent cases involved a woman seeking a protection visa, which are notoriously hard to get.

“Despite her visa being refused by the department, we went on to the Administrative Appeals Tribunal and after providing a lot of evidence of abuse in her home country, they finally believed her, and she was granted her permanent protection visa,” Susan said.

“Working with people wanting to come here has certainly opened my eyes.”

– Susan works through Warren, Graham and Murphy in Bairnsdale and Sale.