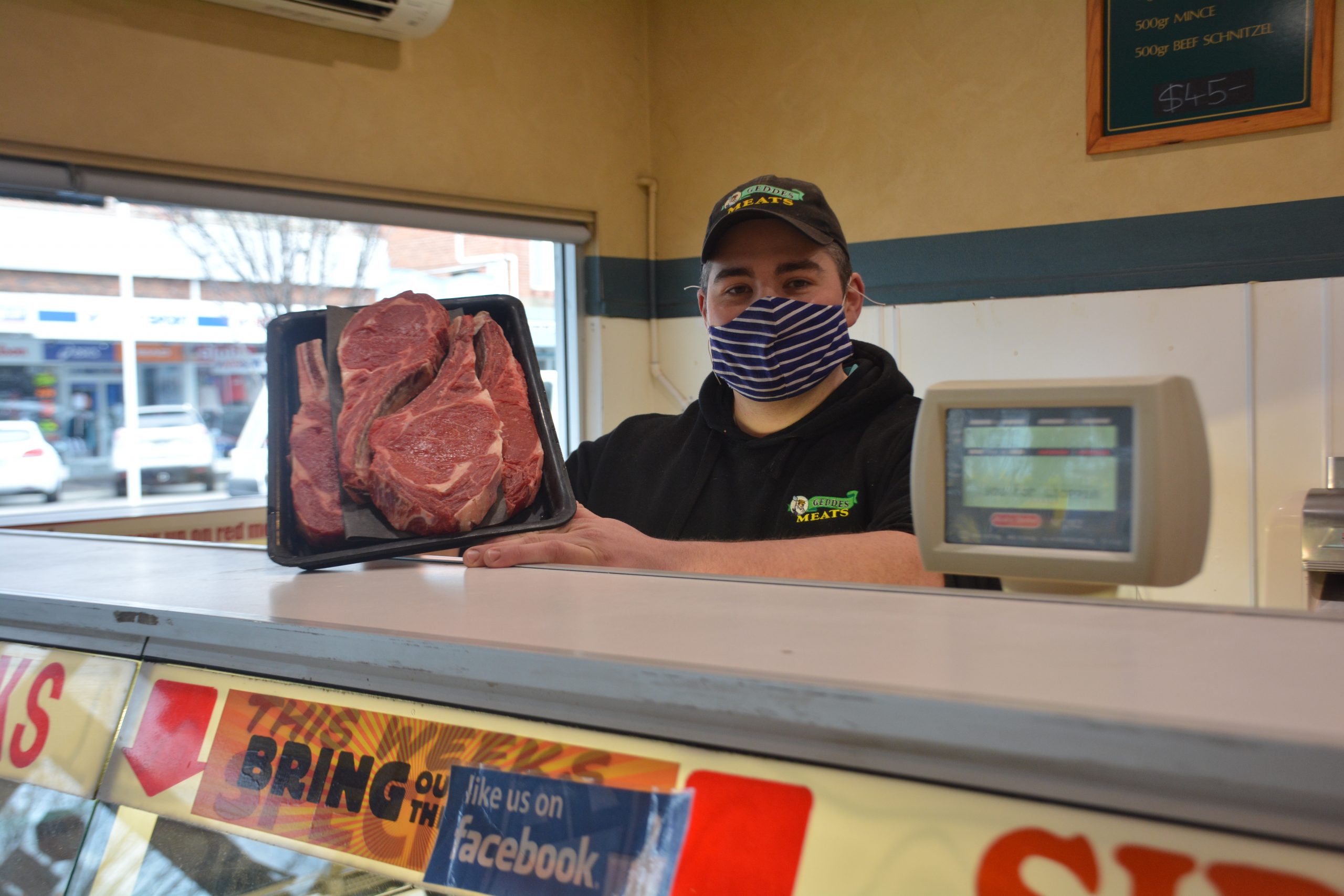 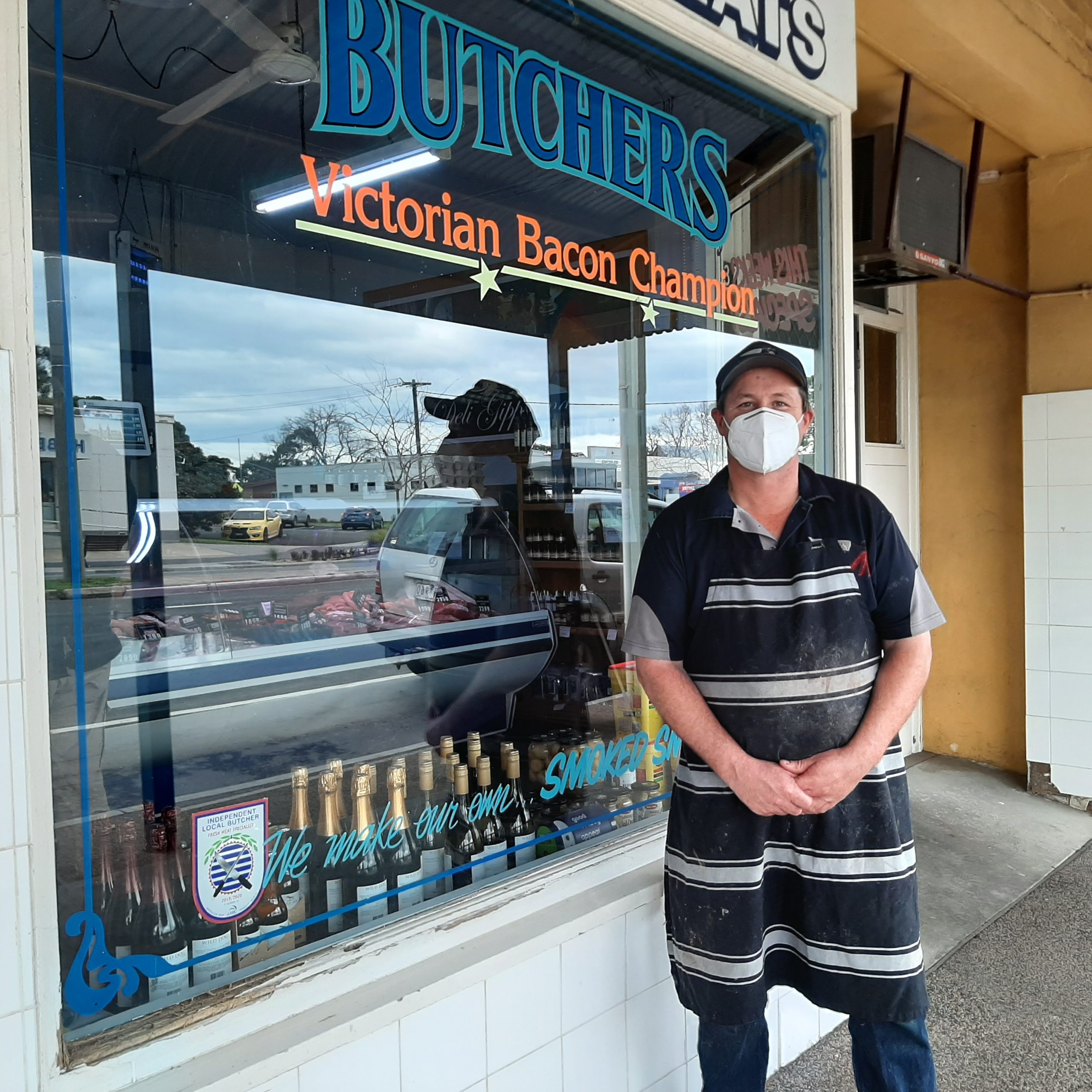 BUTCHERS across Wellington Shire have moved to assure customers there is enough supply to meet demand, following some trepidation after the state government’s recent announcement that workforce restrictions would be placed on the meat industry.

Abattoirs across the state have been ordered by Premier Daniel Andrews to scale back their work forces by one-third and poultry processors to run at 80 per cent capacity, to put a dampener on COVID-19 outbreaks.

Abattoirs have been hotspots for coronavirus, leading to a spread in cases in areas around Melbourne.

Cedar Meats in the city’s west has been at the centre of a number of clusters, with more than 100 cases detected earlier in the year.

Despite this, the situation has not hampered local butchers, who are operating with a ‘business as usual’ approach.

In Sale, Geddes Meats owner Michael Geddes said the state government’s announcement had not made it any more difficult to access supply.

“We’ve been pretty busy – it hasn’t affected our meat supply at all,” he said.

“We haven’t had any trouble getting any (meat) in and people have been sort of hyped-up buying more, stocking up the freezers, which is good.”

Mr Geddes said his store had experienced mild levels of panic buying recently, although nothing like what was seen in March when restrictions were first announced.

“I think people have realised there’s no big meat shortage down this way,” he said.

“We’re very lucky down here that the two abattoirs that we mainly deal with cover all of Gippsland.”

In another positive, with some supermarket shelves stripped bare, shortages have been prompting shoppers to visit industry-specific shops.

“If supermarkets are running out it’s a reminder that the butcher has meat, the baker has bread and the grocer has got the fruit and veg,” Mr Geddes said.

Another Sale butcher, Braden Ranford from Ranford’s Family Butcher, said business had been “flat out” recently, but reassured customers there was nothing to be afraid of.

“There’s no need to panic – that’s the main thing,” he said.

“We’ve got no problem with supply.

“We buy our beef locally off a farmer in Maffra and he’s got no problem with his supply, which is good for us.”

David Shaw, from Shaw’s Quality Meats in Stratford, said there was some stockpiling of meat products directly after the stage three restrictions were reintroduced.

The closure of Melbourne abattoirs had exacerbated supply problems of boxed beef, which was in low demand now that restaurants were closed again, but there was plenty of carcass beef, because most of that was processed locally.

Mr Shaw said the week following the announcement of stage three was “mayhem”, as shoppers emptied the shelves of some products.

“There was a run on things like slow cooked dishes, casseroles, mince, and things that people could freeze; it was pretty much eight days of solid trading, but thankfully it has all gone back to normal,” he said.

The closure of Inghams and some other large poultry companies that held the lion’s share of the market had also placed pressure on supplies.

“We are still getting chicken, but probably only getting about one third of our usual order, but I would say there is still enough to satisfy local demand,” Mr Shaw said.

Most local butchers reported that because of colder weather of late, people were opting for slow-cooked meats while also having their freezers stocked with all the basics such as mince, steak and sausages to use later on.